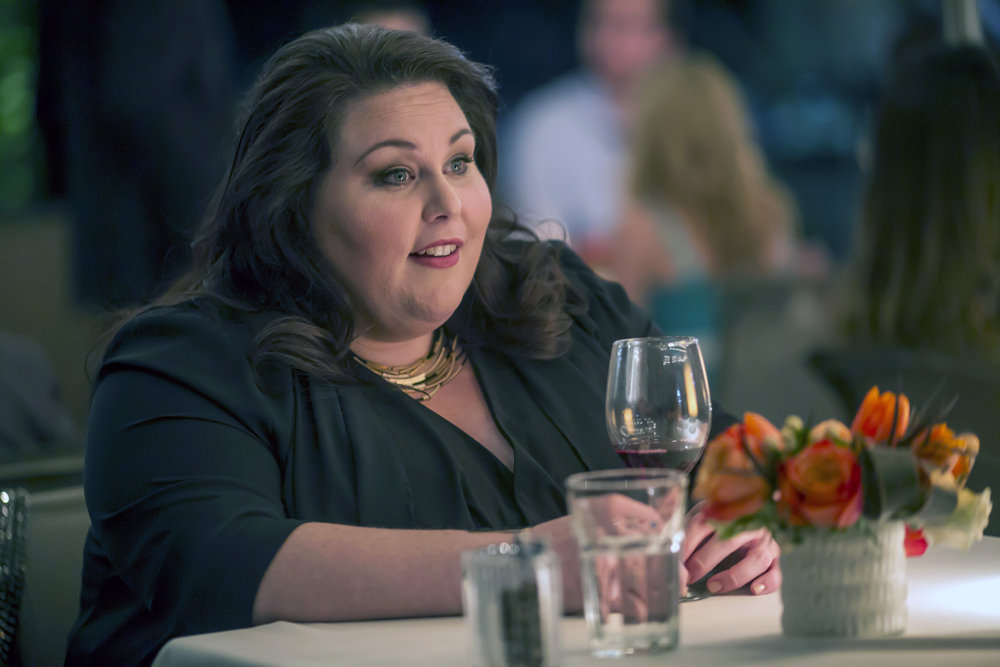 This is Us fans are looking forward to seeing Chrissy Metz back on the small screen in her role as Kate Pearson in the hit NBC dramedy. That’s because Kate has a lot to look forward to in Season 2. Many spoilers indicate that she might be planning her wedding to her fiancé Toby, reveal her new weight loss and appearance or better yet, start her much-anticipated singing career.

In fact, actress Mandy Moore, who plays Kate’s mother Rebecca Pearson on the show, says she’ even looking forward to hearing Kate sing during Season 2. So does this mean that Chrissy has been taking secret singing lessons? That’s what a lot of fans can’t help but wonder.

Gushing about her co-star Chrissy Metz, Mandy recently told Entertainment Tonight in an interview, “I want to see this one sing. Right? I want to see Kate get her career up and going. She has been in the shadows for too long.”

Related: This is Us Season 2 Spoilers: Will Jack Pearson Be Murdered?

And that very well might be the case. After all, fans last saw Kate moving to the West Coast to pursue her singing career. Apparently, she wants to pick up where her mother Rebecca left off by having a career of her own, and of course making her family proud in the process. So far Chrissy hasn’t made any additional comments about her singing although fans will soon be able to hear it for themselves when the show returns later this year.

That’s not the only thing audiences have to look forward to. Many spoilers also say that fans sill finally get the answers they’ve been looking for about Jack Pearson’s (Milo Ventimiglia) death. During Season 1, Kate hinted that she felt responsible for her father’s death but the only thing that audiences know is that he died sometime during his children’s teenage years.

The show also stars Justin Hartley, Sterling K. Brown and Kelechi Watson. The cast and crew of This is Us is expected to begin filming Season 2 sometime in late July or August. The series will return to the peacock station this Fall. In the meantime, don’t forget to come back to Our Teen Trends for all the latest news, updates and spoilers on This is Us right here!