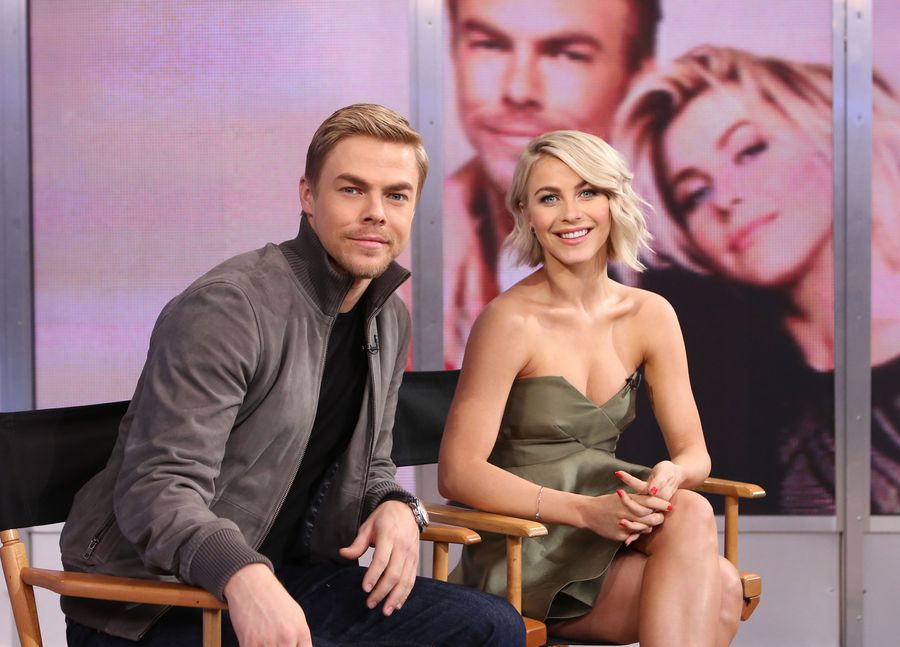 Derek Hough back on the small screen but this time around he’s not vying for the Mirror Ball Trophy. Instead, he’s judging superstar hopefuls on NBC’s new reality competition show, World of Dance. And according to Derek, his new judging gig is right up his comfort zone, even though it’s nothing like ‘Dancing With The Stars.’

Derek recently told Mic.com, “They’re two completely different shows. Dancing With the Stars is for people who are learning to dance, as opposed to World of Dance — these are people who’ve dedicated their lives to dance. And it’s open to the world. You know, we have acts from all over the world, and it’s a $1 million prize. Just a huge, huge prize.”

Plus, Derek also says that he enjoys judging on World of Dance even though it’s a completely different system to what he’s used to on Dancing With The Stars.

Related: Most Famous Dancing with the Stars Romances of all Time

Derek explained, “People ask you, you know, ‘Is it weird judging?’ It’s strangely not weird. I actually felt strangely comfortable straight away. Being a coach, and being a mentor, and being a teacher — essentially what you’re doing is analyzing and trying to make something better, and you’re giving critiques, and comments, and encouragement. So really it’s the same thing. Now I’m just doing it from behind a desk.”

And with so much reality television experience under his belt now, many fans can’t help but wonder what Derek’s next move will be. In fact, many of Derek’s fans believe that he’s looking to make his own mark on reality television by hosting a show of his own. A lot of fans wouldn’t be surprised if Derek did land his own show. After all, he’s got the personality, the looks and of course the expertise as one of the celebrity world’s leading dancers. Of course, it’s only a matter of time before it happens.

In the meantime, don’t forget to check back with Our Teen Trends for all the latest news and updates on Derek Hough and World of Dance right here!

The Crown Season 2: Matt Smith Opens Up About Insecure and Complex Prince Philip