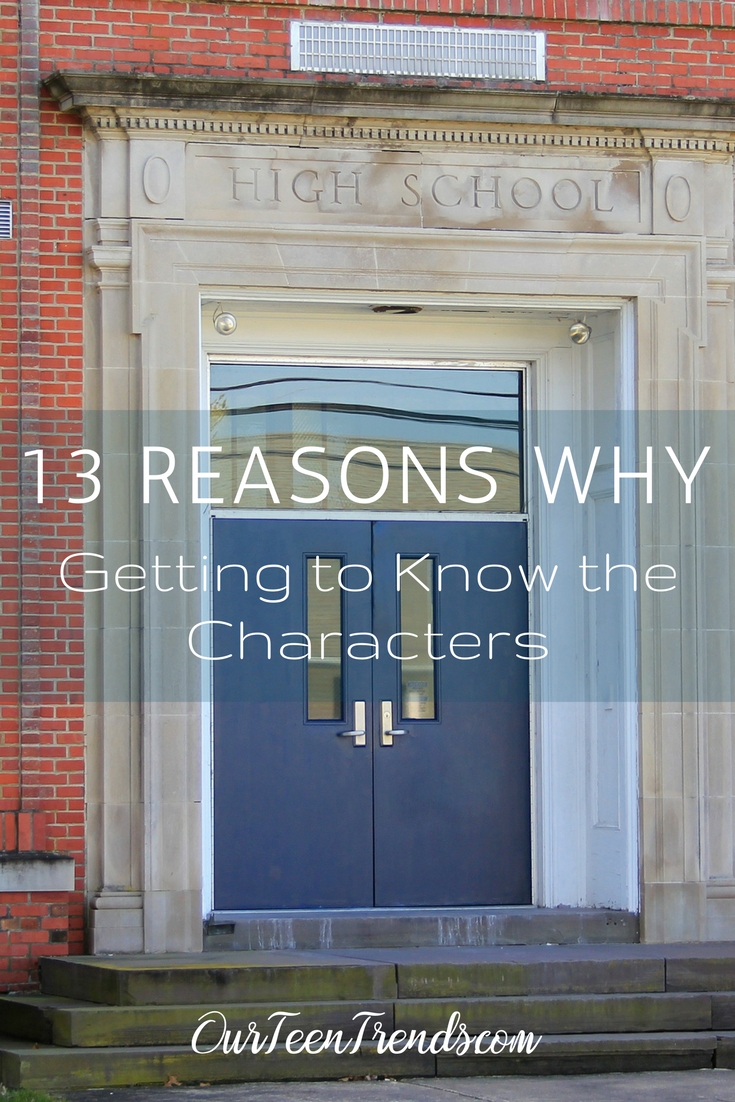 13 Reasons Why is by far one of the most popular shows ever to come out of Netflix. Hard-hitting and emotional, it’s taken the world by storm. Here, we’re going to help you learn a little more about the characters in the show, and the actors that play them.

Mr. Porter is Hannah’s English teacher and counsellor, who failed to spot the signs of her depression. He’s played by Derek Luke, who was part of the musical drama “Empire”. He was also featured on the TV reboot of “Roots”.

Bryce Walker is a thoroughly unpleasant character, cocky, rich, and full of himself. He’s one of the most popular guys in school, and probably the most-hated person on the show. He’s played by Justin Prentice, who starred in the fifth season of MTV series “Awkward”. He also appeared in Malibu Country and Glee.

A close friend of Hannah and Jessica in the early days, Alex connected with Jessica and left Hannah sidelined. Alex was played by Miles Heizer, who appeared in Rails and Ties along with Kevin Bacon when he was just 12 years old. He also spent five years in “Parenthood”.

Related: Key Lessons to Learn from 13 Reasons Why

Tony is a sweet guy, though it’s hard to say what his motives might be at first. He’s played by Christian Navarro, who appeared in Vinyl, the HBO series, and also has credits in Law and Order, The Affair, and “The Tick”.

Devastated by her daughter’s death, Mrs. Baker goes searching for answers, unaware of the tapes Hannah left behind. She’s played by Kate Walsh, who’s known for her role in Grey’s Anatomy. She also appeared in the TV reboot of Fargo.

Hannah’s dad is broken by the death of his daughter. He’s played by Brian d’Arcy James, one of the original stars for the Broadway musical “Hamilton”. He was also featured in the Oscar-winning movie “Spotlight” in 2015.

One of Hannah’s first friends at school, Jessica abandons Hannah when she starts dating a mutual friend, Alex. She’s played by Alisha Boe, who appeared on the Sky Atlantic series “Ray Donovan”, and can also be seen on ‘”Casual”, available on Hulu.

Justin is one of the first people on Hannah’s list. Her first crush, and the boy who betrays her trust, Justin is played by Brand Flynn, who appeared on CBS series “Braindead”. He also went to the Mason Gross School of Arts in New Jersey.

Clay is one of the main protagonists in 13 Reasons, and perhaps one of the most emotional characters. He’s played by Dylan Minnette, who has appeared in a range of different shows, including “Saving Grace”, “Lost”, and “Prison Break”. He also has a band called “The Narwhals”.

Last but not least, Hannah is the main character of 13 reasons why, a girl who tragically committed suicide after being unable to find happiness in her life. This is the very first major role for Katherine Langford, and she’s definitely cast herself as a rising star.

This is Us Season 2 Spoilers: Will Jack Pearson Be Murdered?