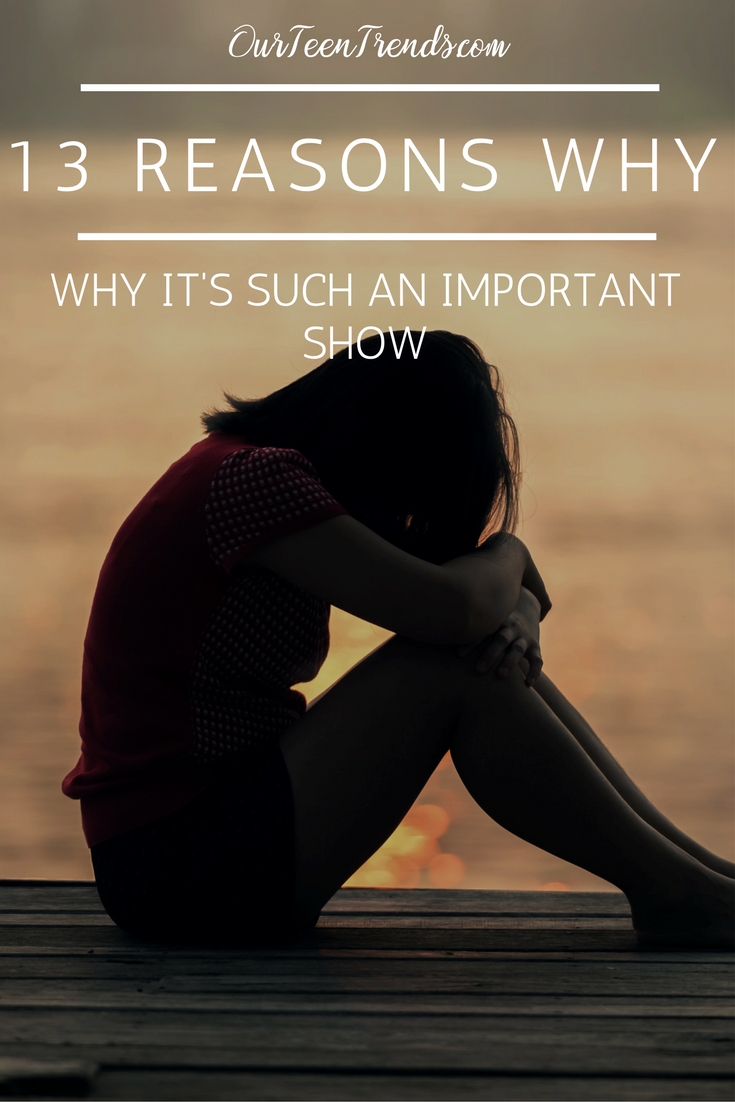 13 Reasons Why premiered as a Netflix original on the 31st of March this year. It’s based on the best-selling novel by Jay Asher, which is about what happens when sexting, bullying, betrayed friendships, and loneliness get to be too much for a girl in high-school. Hannah Baker, the protagonist of the story, eventually takes her own life, but she wasn’t going down without giving a shout-out to some of the people who caused her pain. Her suicide note comes in the form of a collection of 13 audio recordings, in which she recounts exactly what, and who, contributed to her death.

The finger-pointing nature of the tapes means that people in the school begin to turn on each other, all while being observed by the outsider, Clay Jenson, a sweet boy who always seems to say the wrong thing. Clay is the slowest audio-recording listener in the world, and also the teenager that’s least aware of what he did to Hannah.

While it’s easy enough to get wrapped up in the unravelling of Hannah’s tale, one of the main messages of the show is that anyone could have saved Hannah from herself. Even her parents were too worried about money to notice she was suffering. In the aftermath of her suicide, the teachers and parents are too busy questioning how they didn’t see the problem coming to see what’s happening with the remaining students.

13 Reasons Why might not be a perfect show. There’s some worry among watchers that Hannah’s behavior could highlight suicide as the best way to “show them”, when you’re angry at someone, or looking to rebel. However, the book has been taken to task by readers online, who argue that Hannah’s decision doesn’t reflect their own experience with mental illness.

Help is Out There

The 13 Reasons Why Series comes after the Hype of the non-profit “It Gets Better” project, which was started in 2010 to stop suicide among gay teens. Although this might not be in the headlines anymore, Netflix has reminded us that we should always be looking to help young adults that are struggling. Studies from the CDC have shown that suicide is the second leading cause of death for people between the ages of 15 and 34, and 17% of students in ninth through to 12th grade consider committing suicide.

If you’re struggling with thoughts of self-harm, please get help and find someone to listen. If you’re someone who wants to understand what might cause someone to hurt themselves, then watch 13 Reasons Why.