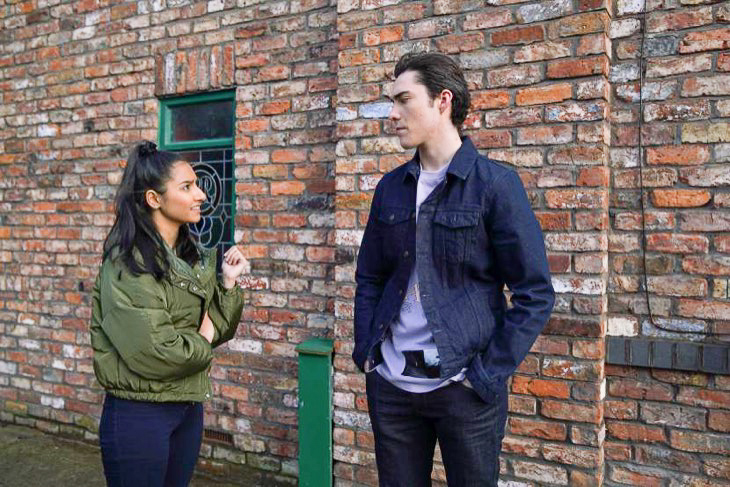 Coronation Street spoilers reveal that a revenge plot is in the making as Asha Alahan’s (Tanisha Gorey) bond with Nina Lucas (Mollie Gallagher) pumps up her confidence to do what she needs to in order to take revenge on Corey Brent (Maximus Evans).

The two girls struck up an improbable friendship after Nina made it a point to defend Asha, who is in the midst of a harrowing revenge-porn plot, from her bullies.

Corrie fans now know that Asha thought her world was ripped and torn apart when someone leaked a naked video of her from her boyfriend Corey’s phone.

Unfortunately, the video found its way on to the internet, and since that time-poor Asha barely has been able to step foot outside without confronting harassing taunts from her peers. 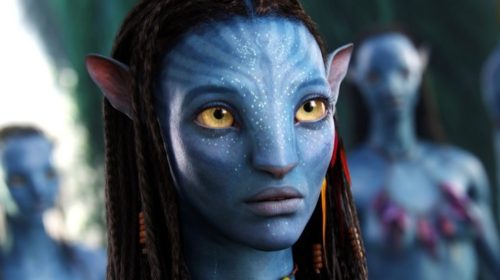 At one point Nina was not sure what was going on when she saw Asha being laughed at and bullied by a group of boys. That was earlier this month and when Nina found out what was going on, she stepped up big time for Asha.

Nina did no less than punched one of the boys hard in the middle of his face and stopped the ruckus. Later, Asha and Nina talked about why Asha stripped for Corey, and what she was thinking at the time.
Asha admitted that doing what Corey told her to do made her feel good about herself. Nina then told her friend that she was beautiful.

Later Asha was later touched when Nina gave her a drawing of herself and on the back wrote, “In case you need proof.”

Next week’s episodes of Corrie will see Dev Alahan (Jimmi Harkishin) tell Asha that he’s putting her in a new school for a new start and she agrees that might be for the best.

Later, Nina finds Asha at Victoria Garden at lunchtime, and Asha admits she’s leaving school. Then seeing Corey and his friends, Asha approaches and gives him an earful for the awful way he’s treated her.

According to Gorey, who spoke with Digital Spy, “Nina knows what it’s like to feel different, left out, and persecuted. That will develop and this story has a long way to go.”

Share your thoughts in the Comments section below and join the OTT community, for all the Soap & TV Keep Visiting Our Teen Trends, For all the Royal News & Brit Soaps, check out Celebrating The Soaps