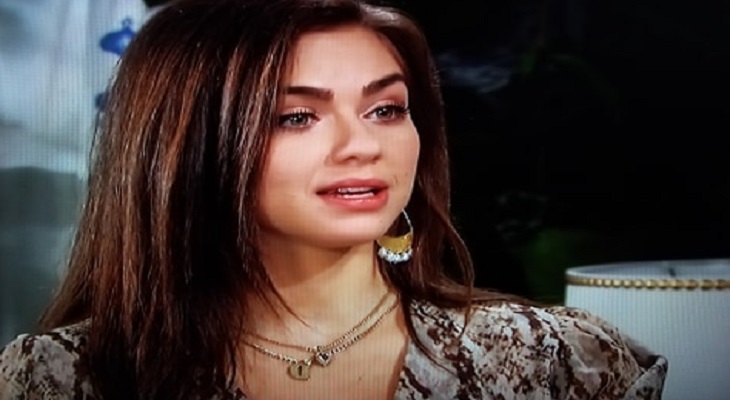 Days of Our Lives soap teen Victoria Konefal has something to celebrate.  The popular NBC soap actress took to Instagram and announced that she had her very own feature on Tumblr, and encouraged DOOL fans to check it out.

Victoria Konefal joined the cast of Days of Our Lives as Ciara Brady in 2017, and has been a hot commodity ever since.  NBC Days fans can’t get enough of Victoria’s character’s hot romance with former serial killer Ben Weston (Robert Scott Wilson).  Prior to joining the DOOL cast, Victoria Konefal appeared on an episode of Modern Family and a handful of TV movies.

The Days of Our Lives teen scene has been growing pretty thing these days, but Ciara Brady has certainly been keeping us on our toes, and as of last week is officially engaged! 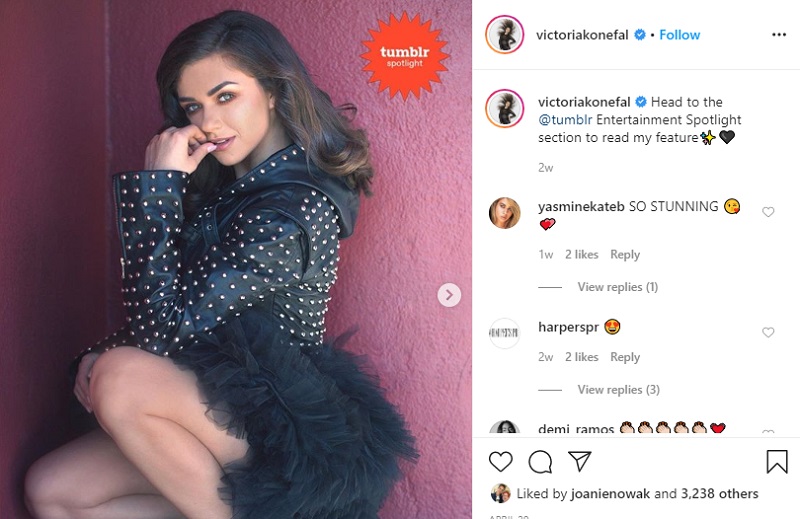 In Victoria’s Tumblr feature she shared some fun facts about herself, and discussed her Days of Our Lives character Ciara Brady.  When asked about her guilty pleasures, Konefal revealed, “Watching Love is Blind on Netflix. I have never been a reality show kind of girl, but something about that show gets to me.”

You can check out Victoria Konefal’s full Tumblr interview right here, and be sure to check her out on NBC Days of Our Lives.