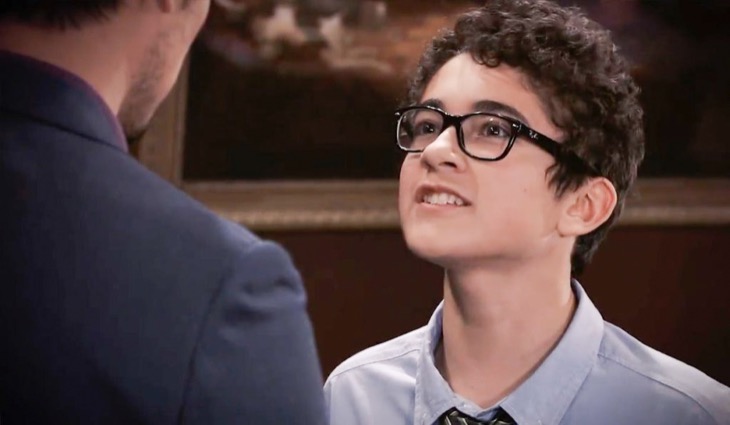 ABC General Hospital spoilers and updates suggest that Spencer Cassadine (Nicolas Bechtel) may soon receive a visit, perhaps from his estranged father, Nikolas Cassadine. GH fans know that up until today, Spencer has been loathing to see his father and in fact told Nikolas to “go to hell” the last the two saw one another. That said, viewers also know that recently Spencer sent Nikolas a letter in which he laid out the terms by which Nikolas could receive his forgiveness.

Although GH fans have watched Nikolas talk a lot about his desire to reconcile with his son, many doubt his overall sincerity. That’s because Nikolas has gone around Port Charles having conversations with everyone from his wife, Ava Cassadine from whom he is emotionally distant, to Elizabeth Webber Baldwin (Rebecca Herbst) with whom he isn’t much closer these days. In each instance, Nikolas talks a good game, but viewers know that whenever anyone suggests that he do as Spencer has asked … namely to divorce Ava … Nikolas balks. 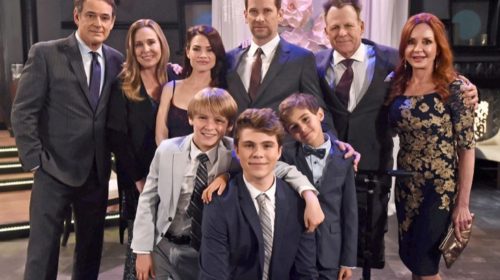 Of course, GH fans know that if Nikolas divorces Ava then she wins their sick, twisted game. According to the post-nuptial agreement they both signed, whoever divorces the other loses everything. (Ava and Nikolas also included a clause that if either slept with someone else the same conditions apply. Sleep with someone else, you lose everything.) Nikolas just can’t get around the idea of losing the entire Cassadine fortune including Wyndemere Castle and Spoon Island on which the castle sits.

Besides, Nikolas doesn’t believe Spencer wants a relationship with his father if that father is broke as hell.

Of course, GH viewers know that everyone thinks Nikolas is simply being a greedy, grasping individual who cares more about money than he does his own son. Some, like Nikolas’s sister Lulu Spencer-Falconeri (Emme Rylan) have even gone so far as to suggest that Nikolas has truly become a real Cassadine. In other words, Nikolas has adopted all of the characteristics that have made the high society of Port Charles detest the Cassadine family.

However, there are yet those among GH fans who believe that there is still good within Nikolas. After all, Nikolas was recently seen visiting Mike Corbin (Max Gail) at the Turning Woods medical facility. There, Nikolas talked with Mike and suggested that he would be happy if Mike held on to life so that he could see Spencer again. If anything could cause Nikolas to have a change of heart … one strong enough to make him choose his son above material things … mightn’t it be family?

GH fans might agree that adults don’t usually experience vast shifts in their personalities or deeply held values unless there is some kind of horrific trauma that shakes those individuals’ world to the core. Many believe that no matter how much Nikolas wants to reconcile with Spencer, he just won’t do it unless a way can be found for him to keep his fortune as well.

With that said, miracles can and do happen. Sans a stunning event occurring in the near future, GH viewers might still see Nikolas take stock of his life. They might see Nikolas decide to do as Valentin Cassadine (James Patrick Stuart) has done. They might see him choose to be a better man and show up in Paris unannounced.

GH fans ought to ask themselves how amazing it might be to see Spencer receive a visit from a redeemed Nikolas. Then they ought to hope that’s exactly what happens.

Share your thoughts in the Comments section below and join the OTT community, for all the Soap & TV Keep Visiting Our Teen Trends, For all the Royal News & Brit Soaps, check out Celebrating The Soaps

Coronation Street spoilers: Dev Takes A Stand For His Kids – Faces Up Against The School