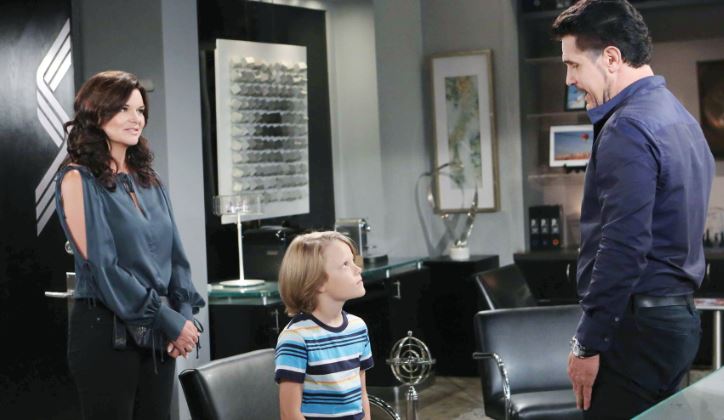 The Bold and the Beautiful spoilers tease that someone could be in for a growth spurt when production on the show kicks back into gear.

Some of The Bold and the Beautiful viewers are speculating that the show will look nothing like it did when its last original episode aired. If you’ll recall, at that time Flo Fulton (Katrina Bowden) was unconscious and being dragged across the floor, Brill were on the precipice of danger once again, and Will Spencer (Finnegan George) had yet to deal with his parent’s estrangement.

Will the show pick up with these scenarios as we left them, or should we prepare to be shocked and amazed at the major transformations the plots and the characters have undergone? 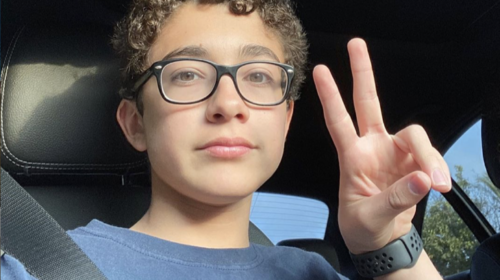 Let’s take the example of Will Spencer. What are the chances that the character will be SORAS’d? Based on past experience, fans should not be surprised to see another actor in the role!

Will has already been SORAS’d, in fact. The first actor to play the part was Zane Achor, Heather Tom’s son. Fans were delighted to see little Zane, who is the real life son of Tom, act opposite his onscreen mom in her role as Katie Logan.

The Bold and the Beautiful spoilers – How old will Will Spencer be when the show returns?

Eventually Finnegan George took over the role of Bill Spencer (Don Diamont) and Katie’s son. This part is George’s first daytime role, but he has appeared on primetime series like Son Of Zorn, Modern Family, and The Affair.

Achor debuted as Will in 2013. Tom decided at one point that she wanted her son to concentrate on school versus being in show business, and if he had remained on B&B he would have missed days at kindergarten.

The Bold And The Beautiful Spoilers: No 2020 Emmy For Scott Clifton, Here Is Why Actor Wasn't Nominatedhttps://t.co/oWYsMSqwWH

The Bold and the Beautiful spoilers – What will happen if Will Spencer is SORAS’d?

Right now Bill and Katie are in the weeds after he kissed her sister Brooke Logan (Katherine Kelly Lang). Understandably, Katie was upset and disgusted with both Bill and her sister.

It would be an easy path for Bill and Katie to go their separate ways unless there was a reason for them to remain united. One huge reason would be a teenaged and troubled Will who requires the guidance of both of his parents!

Will Will Spencer suddenly be older when the show returns? Be sure to tune in and find out!

Share your thoughts in the Comments section below and join the CTS community, for all the Soap Teen News Keep Visiting Our Teen Trends, For all the Royal News & Brit Soaps, check out Celebrating The Soaps