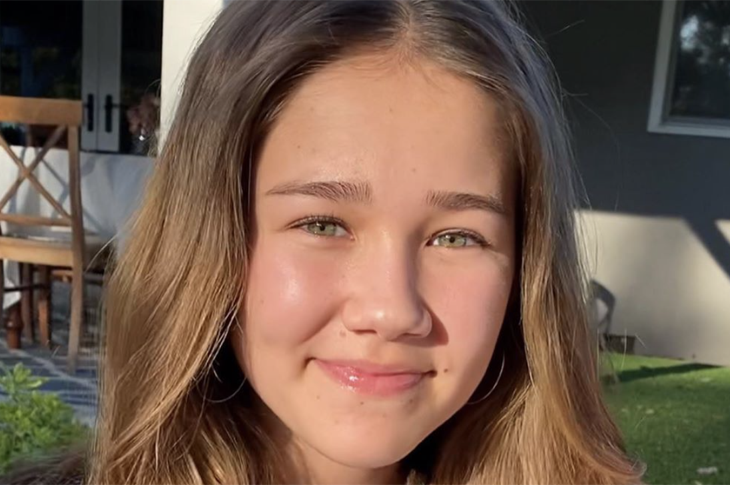 ABC General Hospital spoilers and updates reveal that this month Brooklyn Rae Silzer became a nine-year veteran at ABC’s General Hospital. She debuted as adorable Emma Scorpio-Drake in 2011 and has just shared with fans a precious post which shows just how fast time flies by.

For Silzer, her time as an actress has been filled with recognition for her outstanding talent and incredible acting skill. She won the Young Entertainer Award for Best Young Actress on a Daytime Series in 2016 and she was also nominated for a Daytime Emmy for Outstanding Younger Actress in a Drama Series in 2016. In 2013 the uber-talented thespian won the Young Artist Award for Best Performance in a Daytime TV Series for a Young Actress Ten & Under.

Silzer’s resume has expanded considerably since her GH debut. In 2018 she appeared in the film, The Storyteller, and in 2016 she was in Christmas in Homestead.

She captioned the pic, “Happy 9yr. Anniversary to me playing Emma Scorpio Drake on @generalhospitalabc . It has been a dream come true to grow up on this show and I am forever grateful❤️🏥🎥🕵🏻‍♀‍👩🏻‍⚕‍⭐️#gh #ghfamily #forevergrateful #emmascorpiodrake #abc.”

Silzer’s fans went wild for her post with one commenting, “You are a joy to watch! Just like your TV Mama, there is no other Emma! I hope Emma is around with a great storyline of her own this summer ❤️.”

Another one wrote, “I have loved watching you grow up on the show. Been watching this show since I was a little girl with my grandma. Hope you continue to stay on the show.”

General Hospital spoilers – What’s next for Silzer’s character of Emma on GH?

We don’t see Silzer nearly enough these days as her character is living offscreen with her parents Robin Scorpio (Kimberly McCullough) and Patrick Drake (Jason Thompson). But with her grandparents, Anna Devane (Finola Hughes) and Robert Scorpio (Tristan Rogers) in town we do see her occasionally!