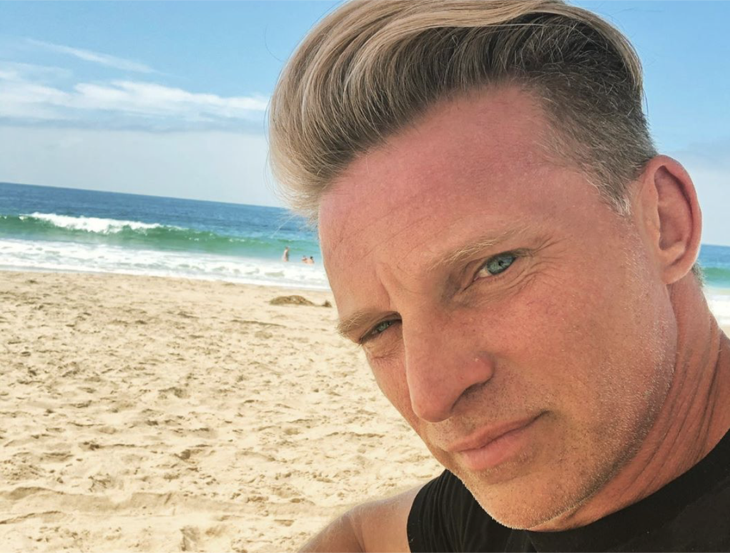 General Hospital spoilers indicate that when the hit ABC soap returns to the small screen, Jason Morgan might have a new, brighter and definitely blonder look to him. The character’s portrayer, Steve Burton, has been showing off his new blonde locks on Instagram, prompting plenty of General Hospital fans to ask this same question: is this hairstyle here to stay? Here’s what you need to know.

If there’s one thing that we’ve learned about Steve Burton over the years, it’s that he loves his fans and his fans absolutely love him back. It really doesn’t matter what shade he would color his hair with, they would still think that he is the most handsome daytime television star to ever grace the small screen. 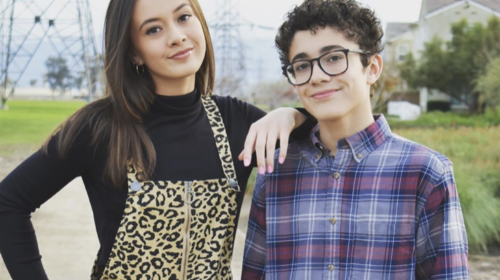 Without giving much of an explanation as to why he went blonde – and by that we mean very blonde – Steve has been sharing new photos of his look on Instagram. And yes, it appears though his fans are really truly loving it.

What’s more, knowing just how much his social media followers and fans love a good throwback, the handsome actor shared a photo of his early days in the film and entertainment industry. To be specific, it was the Teen Beat era that made Steve into the huge star that he is today. He captioned it with, “Wow! A throwback to the late 80’s ! @davidfaustinoJustin Whalin and Bobby Jacoby.. #teenbeat #tigerbeat.” 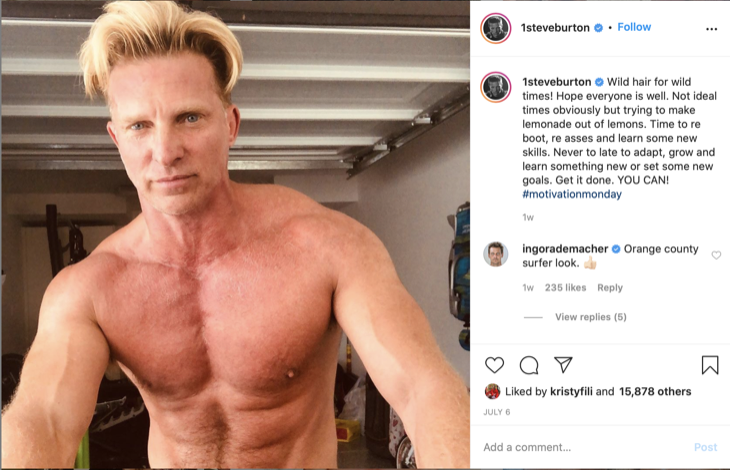 With the blonde hair from back then and the blonde hair now, it will be interesting to see if Steve keeps this new look once the cameras start rolling again over at ABC Studios. As of press time, General Hospital is expected to be back up and running again in production by July 20th. We will definitely update you with all of the latest information as it comes in.

In the meantime, let us know what you think by dropping us a line with your thoughts below. And as always, don’t forget to come back right here for all the latest news and updates on your favorite primetime television shows along with spoilers from The Bold and the Beautiful, The Young and the Restless, General Hospital and Days of Our Lives.