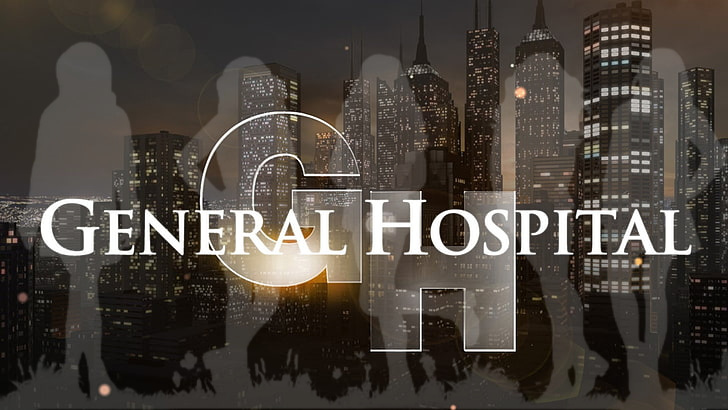 ABC General Hospital spoilers and rumors reveal that when the ABC sudser returns to the airwaves, there could be a next-gen wave of teens—yes really! It’s known as SORAS, that peculiar malady that strikes only soap characters get—Soap Opera Rapid Aging Syndrome!

Anything is possible now that the show has stopped production and TPTB have had a moment to rethink storylines and plots. What happens if they get a hankering to age those two star-crossed, pint-sized besties Spencer Cassadine (Nicholas Bechtel) and Emma Scorpio Drake (Brooklyn Rae Silzer) out of the friend zone and into the dating pool?

Can you imagine other young characters going through SORAS? We can and here are our very speculative predictions! 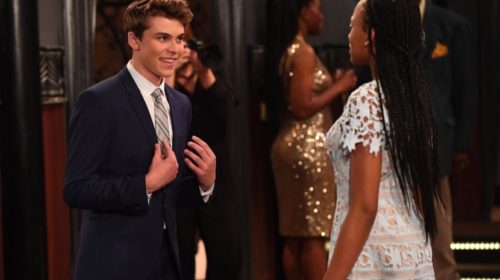 General Hospital Spoilers: Trina Wants to Put Cameron Back in the Friend Zone – Is That How She REALLY Feels?

Violet Finn (Jophielle Love) is sweet as spice right now, but that doesn’t mean she’ll stay that way. Especially with the DNA coursing through her blood, namely that of vixen mom Hayden Barnes (Rebecca Budig). We can foresee all kinds of torment raining down when Violet gets hit by the SORAS bug, rebelling against her dad due to her abandonment issues. Even Roxy can’t fix that!

What would happen if verbose and uber intellectual Spencer Cassadine and sweetie-pie Emma Scorpio-Drake were to find themselves all grown up with nothing to do?

It could happen! They have tons of ties to Port Charles including Spencer’s dad Nikolas Cassadine (Marcus Coloma) and Emma’s grandma Anna Devane (Finola Hughes). It would be magical to see these two embark on an adventure that could lead to super couple status don’t you think?

GH spoilers – Avery Jerome Corinthos would be a handful

Speaking of dynamite, how about little Avery Jerome-Corinthos (Ava and Grace Scarola) suddenly being on eye level with her devious parents Ava Jerome (Maura West) and Sonny Corinthos (Maurice Benard)? She could give them a huge run for the money without even batting an eyelash.

Imagine the trouble she’d cause, and how would Sonny handle her dating?!

General Hospital spoilers – How would Jake be as a teen?

We can’t forget about Jake Spencer (Hudson West) if we’re talking about Emma and Spencer.

He’s one of Elizabeth Webber’s sons and as such has been through a bit of drama through the years. Elizabeth’s life is far too tranquil at the moment, we vote for TPTB giving her a troubled teen or a headstrong adolescent just to spice things up a bit. Tell us who you think should be SORAS’d on GH!