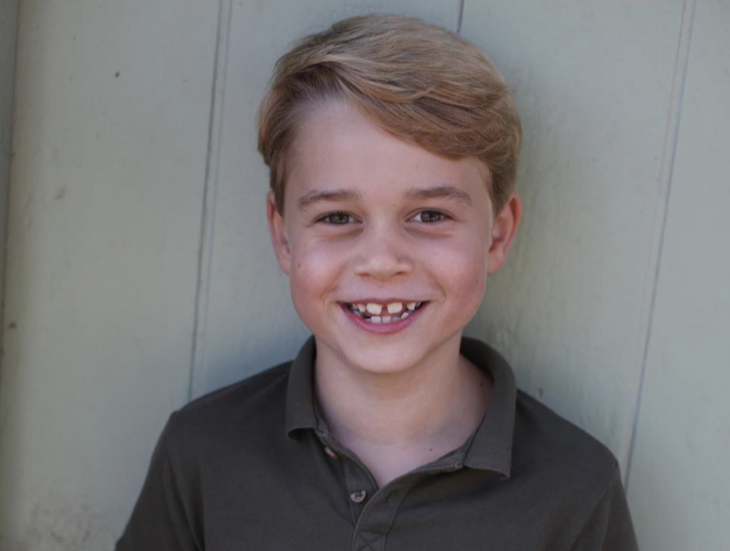 Britain’s Prince George turned 7-years old on Wednesday, July 22, and a day ahead of the happy occasion his proud mom has shared two delightful photos of the youngster. George is the eldest of the Cambridges’ three children. His sister Charlotte is five and his brother Louis is two.

Prince George is soon to celebrate his seventh birthday

The photos of the young prince were taken by his mom earlier in July. George can be seen grinning at the camera, with a mouthful of teeth on display. He is dressed in a green camouflage t-shirt and the nature scene behind him is softly blurred out. 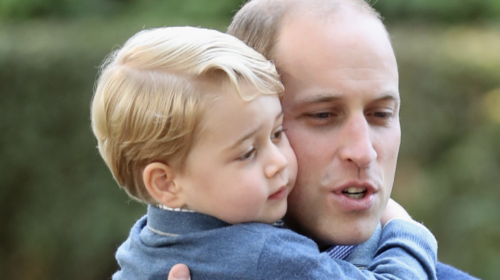 Kate, the Duchess of Cambridge, is a keen photographer and she routinely takes the family photos that are shared with the public. These particular pics were issued by Kensington Palace on the Tuesday before George’s big day.

The official statement which accompanied the photos read, “The Duke and Duchess of Cambridge are delighted to share two new photographs of Prince George ahead of his seventh birthday tomorrow.
Prince George Alexander Louis of Cambridge was born in the private Lindo Wing of St. Mary’s Hospital in London. Just one day later the future king made his first public appearance. Together with his parents he appeared and was photographed on the hospital steps. 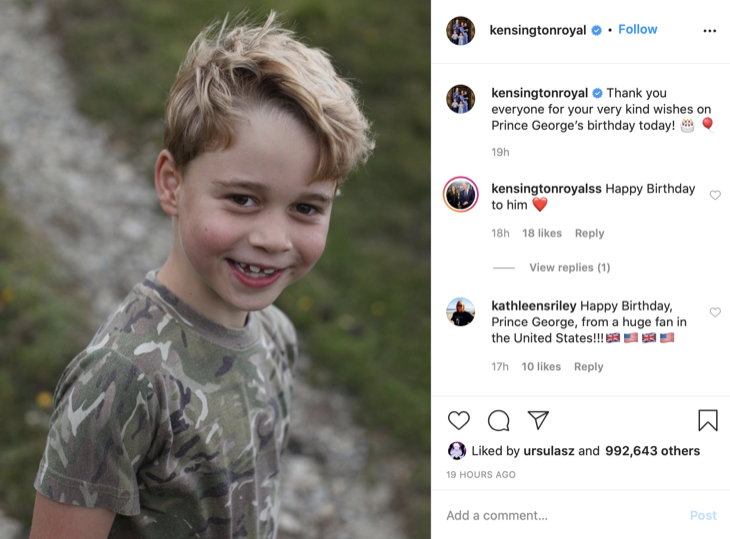 That day was a momentous one for the family as they assembled in front of a gigantic array of camera crews and photographers.

To date William and Kate’s children are rarely seen in public and as such the number of photographs of them have been limited. When a photo is released, it is likely to have been snapped by Kate.

What will George be treated to for his seventh birthday? It likely will be a low-key affair as the country begins to lift COVID-19 restrictions and lockdown measures. In place of a holiday or outing George may have to be content with spending his big day at home, celebrating his siblings and parents.

It will be a sea change from his last party, which occurred while he was on vacation with his family on the Caribbean island of Mustique.