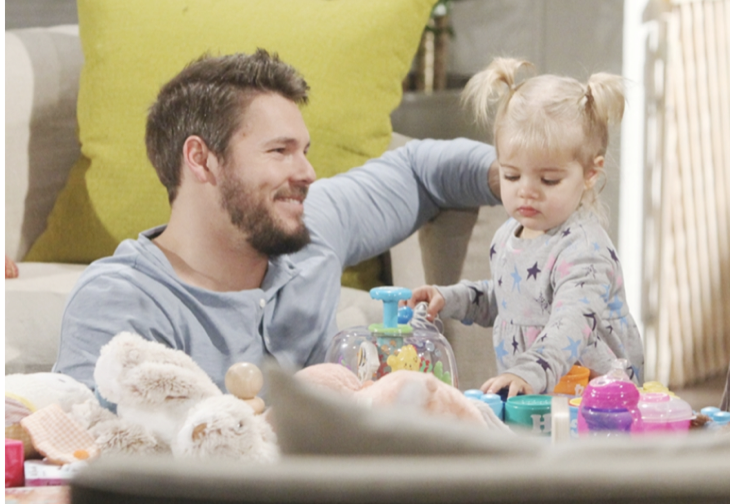 The Bold and the Beautiful spoilers tease that Liam Spencer (Scott Clifton) will be impacted by Steffy Forrester’s (Jacqueline MacInnes Wood) accident. As fans of this site know, next week’s brand new episodes will include Bill Spencer (Don Diamont) accidentally hitting Steffy while she’s riding her motorcycle.

Steam’s daughter, Kelly Spencer (Avalon and Colette Gray), could live with one of her grandparents while her mom is in the hospital. But it would seem more practical if Kelly’s father took care of her while Steffy recovers.

Unless an ultimate real-life shocker is about to drop, Wood’s isn’t going anywhere. This lead daytime actor is working on a continuing, regular contract with zero information, or rumors, suggesting that her status is about to end. 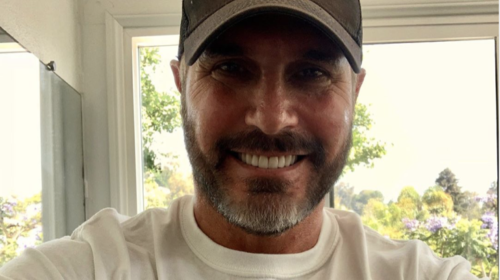 So, Steffy will survive the accident. Whether she’ll need an extended recovery period isn’t known. But her daughter will need to be cared for if a short-term, or longer-term hospital stay or an extended rehabilitation period is needed.

Bold And The Beautiful Spoilers – Liam Spencer Is A Good Father

One of the many outrageous things Thomas Forrester (Matthew Atkinson) said within the last year was that Liam wasn’t a good father. Atkinson’s character may have even believed that jab, but it’s just not true. And, of course, Thomas’ son, Douglas Forrester (Henry Samiri), recently began living full-time with Lope.

Steffy has consistently complimented Liam’s parental skills and his routine presence in Kelly’s life. Clifton’s character was also balancing his obligations to his other daughter, Beth Spencer (Madeline Valdez and River Davidson), when he agreed to raise Douglas with Hope Logan (Annika Noelle), following Thomas’ humiliation at the intended Thope wedding ceremony.

The Bold And The Beautiful Spoilers Promo: Flo Knocks Out Sally, Are They Even Now?https://t.co/NEufsiY8eR

Bold And The Beautiful Spoilers – Lope Expands The Family Again

Hope and Liam have been living happily with Beth and Douglas since the spring. It would be fair to predict that Kelly will be added to the family mix when viewers see Lope again.

Steffy would be okay with Ridge Forrester (Thorsten Kaye) watching Kelly while she’s in the hospital. Bill likely won’t be asked to watch his granddaughter, as he’ll be shaken by the accident.

That would leave Liam to watch over his daughter, which means that Hope will as well. Kelly would likely respond positively in this scenario, as she’d get to be with her sister and adoptive brother while her mom heals.