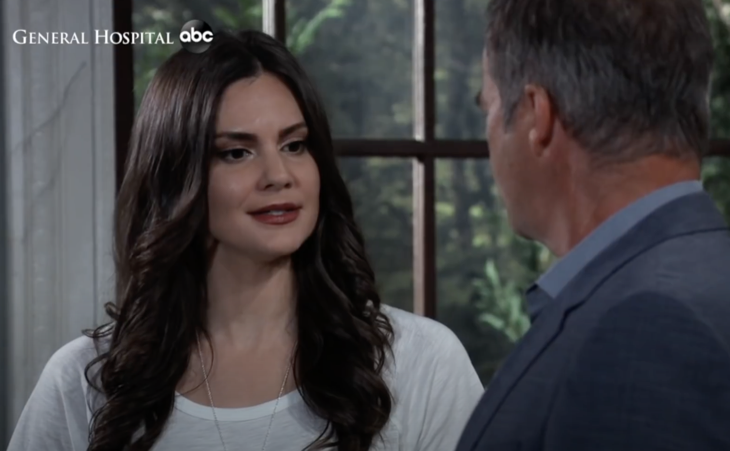 ABC General Hospital spoilers reveal that Brook Lynn Quartermaine (temporarily portrayed by Briana Lane) has been kicked out on her Gucci-clad behind and where in the world she ends up is anyone’s guess. She turned against her family by selling her shares of ELQ and it’s unlikely that her incensed dad will let her raid the family bank accounts or put her up in a 5-star hotel.

Misguided Brook Lynn sold out to Valentin Cassadine (James Patrick Stuart) thinking she was doing the right thing. But thinking isn’t what she does best. Valentin is now in charge of her family’s company and what he does next is giving her dad (Ned Quartermaine) heart palpitations.

Is there anyone in town that would be willing to give the girl a hand? Maybe. Here are three people that Brook Lynn may turn to for help. 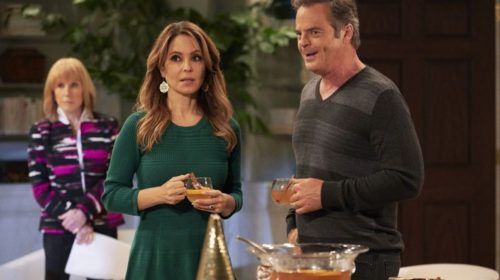 #1 Will Brook Lynn turn to Dustin Phillips for comfort?

Dustin Phillips (Mark Lawson) and Brook Lyn were involved in the past and he seems to be a guy with a soft spot for his ex. If she knocked on his door would he let her and give her a place to stay? He wouldn’t turn away a waif-like Brook Lynn would he? The reason we think she will bunk with him for a while is that explosive show spoilers reveal she will be tempted in the near future. Will she and Dustin do something at least one of them will regret?

#2 Valentin Cassadine owes Brook Lynn will he return the favor?

Valentin Cassadine is the reason why Brook Lynn is homeless. She is the type of vixen that would go back to the well and drink the poison water because she’s thirsty. In other words, her hard-headedness gets in the way of her learning her lesson. Will she demand that Valentin put her up after all she’s done for him? In her twisted mind, she may think he owes her.

There is a good reason why Brook Lynn would twist Julian Jerome’s (William deVry) arm for a place to stay—she’s got the goods on him. Brook Lynn knows that he was behind his own son Lucas Jones’ (Ryan Carnes) tragic car accident. Nelle Benson (Chloe Lanier) overheard her blackmail him and that’s how he ended up married to her. Plus, spoilers indicate that Brook Lynn is soon to be in harm’s way. There’s nothing safe about hanging out with a mobster!