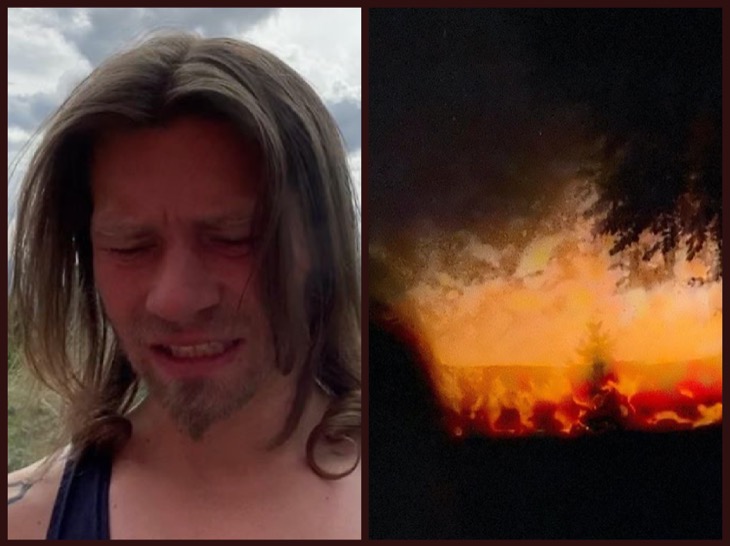 Alaskan Bush People spoilers reveal that misfortune has fallen on the Brown family. According to Bear Brown, the family’s home has been “destroyed” by a huge wildfire in the Washington State mountains. The star of Discovery Channel’s Alaskan Bush People added that the blaze is, “still burning.”

Brown wrote in a post on his private Instagram account, “We suffered a devastating loss yesterday, a fire swept through our mountain, our home! The loss seems to be great! It’s still burning! I’ll keep everyone posted! God bless!”

Along with his post, Brown included a photo of a column of smoke reaching up into the night sky, with flames clearly visible in the shot.

According to the Washington State Department of Natural Resources, the fire Bear referred to is called the Palmer Fire. It is located in Okanogan County. The out of control blaze has led to evacuations of the area and has burned over 6,000 acres of land. Okanogan County shares a border with Canada to its north.

Thus far authorities have not released information detailing any possible injuries or the number of homes that have been destroyed by the fire. 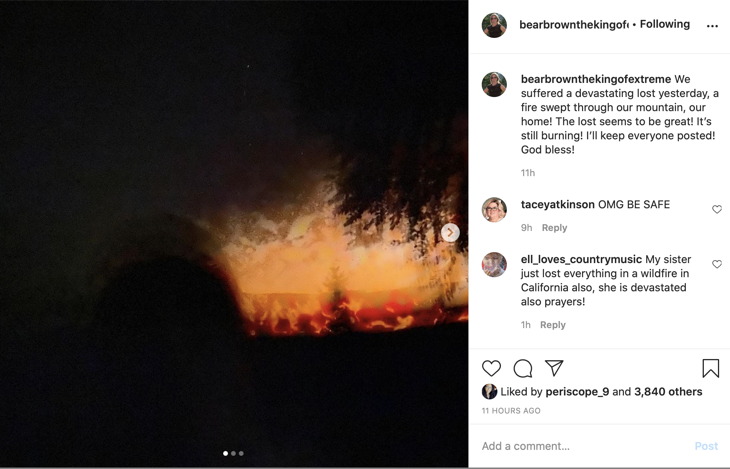 Bear and the rest of his family began their family reality show when they still resided in Alaska, hence the name of the series. However, in 2017 the family relocated to Washington State.

They currently reside on a 435-acre ranch, called North Star Ranch, located in the North Cascade Mountains. The family moved after their matriarch Ami Brown was diagnosed with lung cancer.

When it debuted, Alaskan Bush People followed the Brown family as they fought to survive in the wilderness. Fans fell in love with the rugged fam as they devoted their lives to living off the land and away from modern society. The series premiered on the Discovery Channel in 2014 and was filmed near Hoonah, Alaska, and Chichagof Island.

So long Brown Town! The Brown family is finally building their dream “mansion” from scratch, but the foundation must be completed before winter sets in.

A new season of #AlaskanBushPeople premieres Sunday at 8p on @Discovery! pic.twitter.com/oLrxqkeHyx

It is now shot in Okanogan County, Washington. On August 3, 2020, it was announced that the twelfth season will premiere on August 23, 2020.