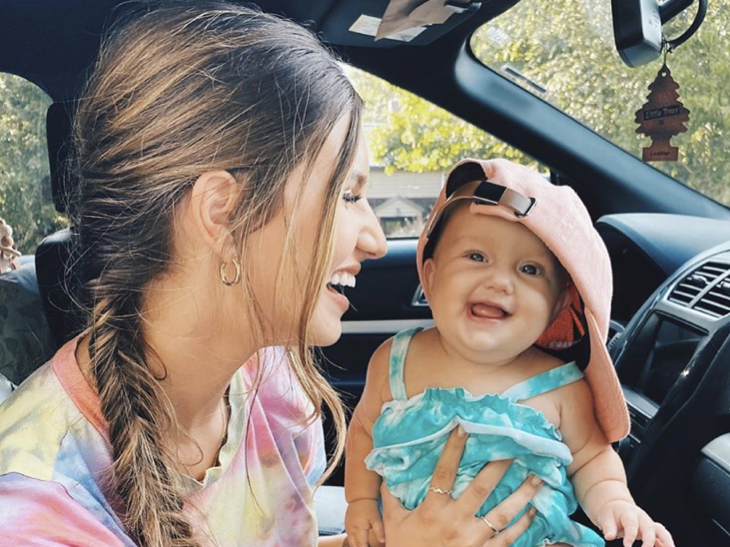 Bringing Up Bates spoilers reveal that Carlin Bates has shared a new post with her beautiful baby daughter Layla Rae. Carlin and Evan Stewart often share updates about the six-month-old baby and as fans know Layla is graduating to solid food and beginning to crawl.

In her latest social media post, Carlin treats fans to more of Layla’s milestones including pictures and videos of the little one. Fans will see her trying new foods and being adventuresome. She is growing up fast and fans are in awe of the tot’s progress.

About raising her adorable daughter, proud mom Carlin says, “I’m totally obsessed with every little stage of growth she goes through!”

Layla is seen with a little gold bracelet on her wrist and this led to speculation among fans who have definite thoughts about the baby wearing jewelry at her age.

One of Carlin’s followers asked if the bracelet could cut off her circulation and from there the comments flowed in concerning the baby’s safety.

In response, Carlin said, “No, it is still loose…..Although her arm rolls make it appear tight! 🙈”

Mom knows best, right? So it appears that the baby’s arm candy will stay for now. We’re sure the tot is given tons of careful attention and it’s hard to believe any harm would come to her from a little bracelet.

But, it’s safe to say that now that Carlin has been alerted to the situation, she will keep a close eye on her daughter, which she has done to date. 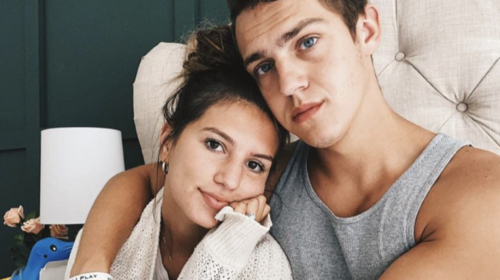 Some have stated that the pictures and videos make the bracelet seem smaller than it actually is, and of course, her mom referenced the adorable baby fat that the baby is still carrying. Once the concerns were aired some fans wanted to know where they could get a similar bracelet. According to Carlin, “Her daddy got it for her while she was in the hospital.”

Which has been more than once, unfortunately? Layla has had a few health scares owing to the fact that she has a hole in her heart. The family is staying positive about her condition and Carlin has stated that she trusts in God’s plan for her daughter.