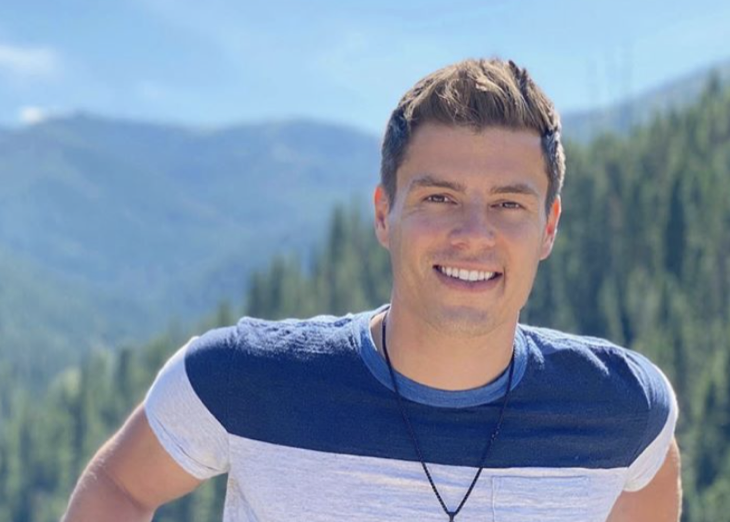 Bringing Up Bates is growing! Lawson Bates introduced the newest member of the family on Instagram. On Saturday, fans and followers of the reality show got to meet the cast members “new sidekick,” a puppy named Duke. Keep reading to get the exciting (and adorable) details.

On Saturday, Bringing Up Bates cast member Lawson posted a few photos to the social networking platform. They were of himself posing with a new puppy. He introduced the newest family member as his “new sidekick” and revealed that the dog’s name is Duke. The reality star wrote in the caption,

“Would ya say [wave emoji] to my new sidekick DUKE”

The Bringing Up Bates star had a lot of interaction and attention from the post. In less than 24 hours, Lawson had received over 20,000 “likes.” Of course, it is next to impossible to resist a puppy! So, it’s easy to understand why the pictures were so popular in such a short period of time. 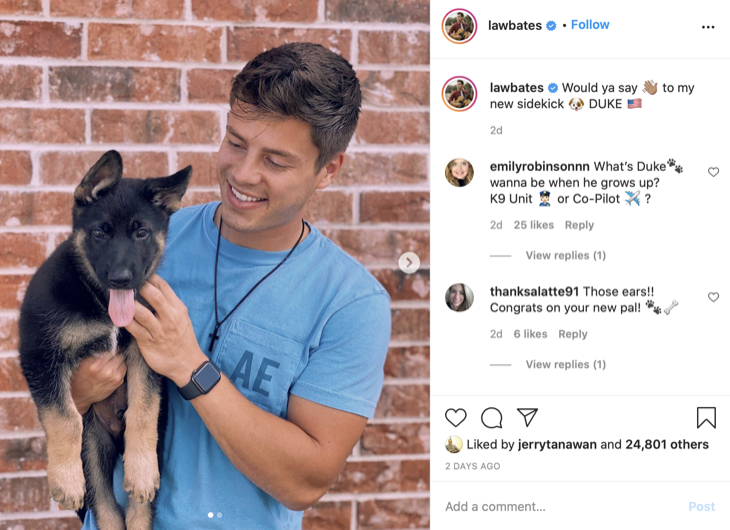 On the Instagram post, fans had lots of positive comments for Lawson. However, it wasn’t just Duke the puppy that was getting showered with compliments. The reality star’s followers also couldn’t help but write about Lawson’s looks, as well!

There were also questions about Duke, such as what breed he is and the puppy’s age. While Lawson didn’t reveal how old the dog is, he is small enough for the reality star to hold in his arms. So, it is clear he is still a puppy. As for the breed, many fans guessed that Duke is a German Shepherd, which Lawson confirmed. 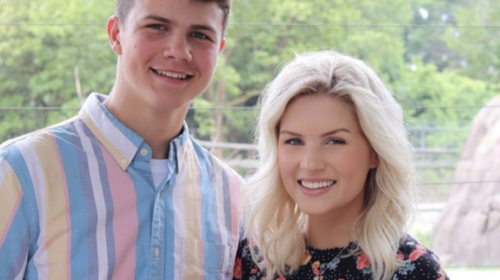 Bringing Up Bates fans speculated about the future of Duke. Would he have a special job, with some asking if Duke wanted to be a K9 police dog or co-pilot when he gets to be a “grown-up” dog. Lawson replied,

“He’s already been a co-pilot, but bigger things are in his future for sure.”

One thing that we do know is that Duke might be just as popular as the reality TV stars, perhaps even more so! Duke already has his very own Instagram account. So far, the puppy has over 1,000 followers