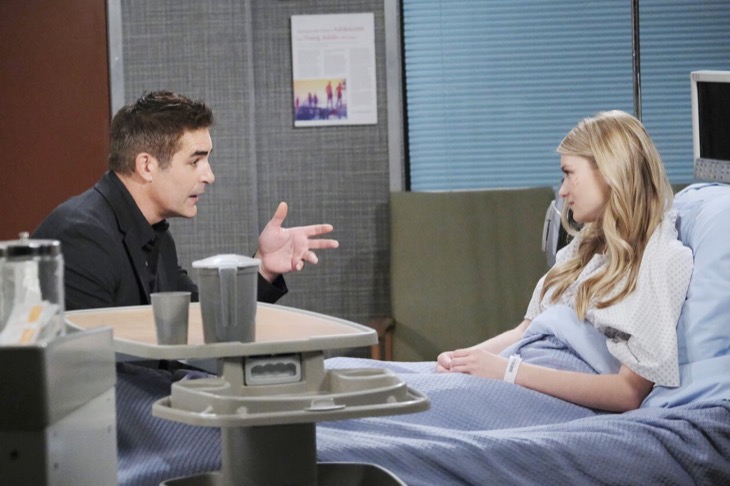 Days of Our Lives comings and goings reveal that on July 31, 2020, Allie Horton (Lindsay Arnold) gave birth to a baby boy. Who plays the newborn? As it is standard in the entertainment industry, multiples play one child. Get ready to meet Delaney and Parker Evans.

DOOL comings and goings reveal that last Friday, Allie got into a fight with her mother, Sami Brady (Alison Sweeney). It was about the Salem schemer once again interfering and trying to control the pregnant girl’s life. She found out because Nicole Walker (Arianne Zucker) felt compelled to tell Allie what Sami had been up to. Whether her intentions were noble or not, the two women began to argue and Allie ended up going into labor. 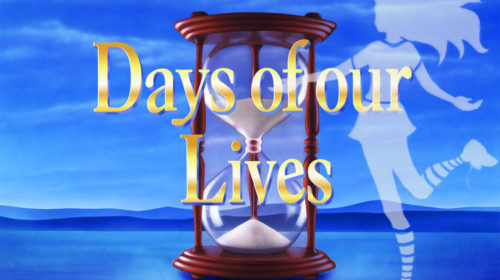 It is confirmed that Allie gave birth to a baby boy. She was asked if she wanted to see the life she created. However, Allie was emotional and decided that she didn’t want to see her son. In the near future, we will see Nicole try to encourage Allie to visit her baby. Eventually, Allie will agree and will “be affected” by the sight of her newborn.

Days of Our Lives Comings and Goings: How Long Will They Stay?

It was not stated how long that Delaney and Parker will portray the little boy. On soaps, babies are not seen that often because of filming rules. Plus, with COVID-19, they have to be even more limited and careful in how they film scenes with children. Youngers are often aged up pretty quickly. However, these scenes are central to an important story as Allie has been trying to find the right people to raise her child.

First, she asked Rafe Hernandez (Galen Gering), but he turned her down. Part of that was not being ready to replace David Ridgeway (Caleb and Kyler Ends). The other part of that was Sami’s interference. Then, she offered the child to Will Horton (Chandler Massey) and Sonny Kiriakis (Freddie Smith). But she will take back that offer after finding out Will took part in their mother’s scheme. It is stated that Allie will run away and could end up leaving the child with Nicole and Eric Brady (Greg Vaughan).

Be sure to catch up on everything happening with DOOL right now. Come back here often for Days of Our Lives spoilers, news, and updates.

Days of Our Lives