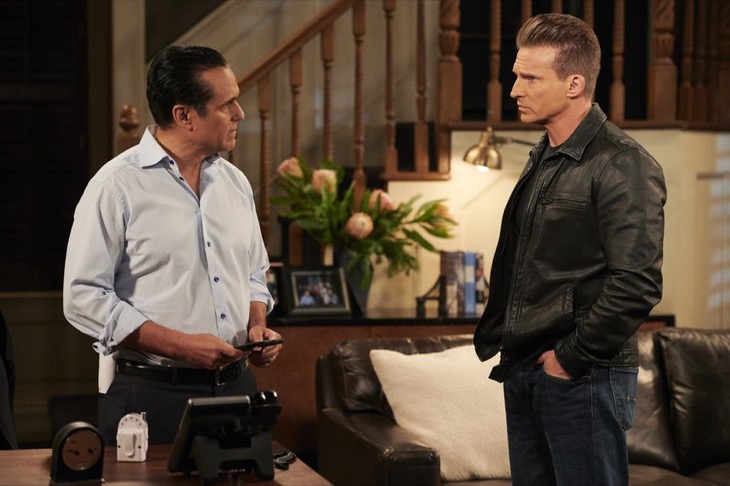 ABC General Hospital star Steve Burton (Jason Morgan) is certainly one daytime television star who loves to show different sides of his personality on his social media accounts. That, and he’s not afraid to admit that he is aging just like the rest of us, but of course in a very refined and distinguished way. Here’s what you need to know.

The handsome actor shared a new black-and-white photo of himself looking very serious about getting back to work on the set of the hit ABC soap. Burton, along with the rest of the General Hospital cast and crew, has been filming new episodes again since August 3rd. The highly-rated soap was one of the first television shows to announce that they would suspend filming because of the coronavirus back in mid-March.

Looking every inch the gentleman, Steve captioned his photo with, “Well…It may be time to have glasses as an option. Wearing contacts gets old!!!” 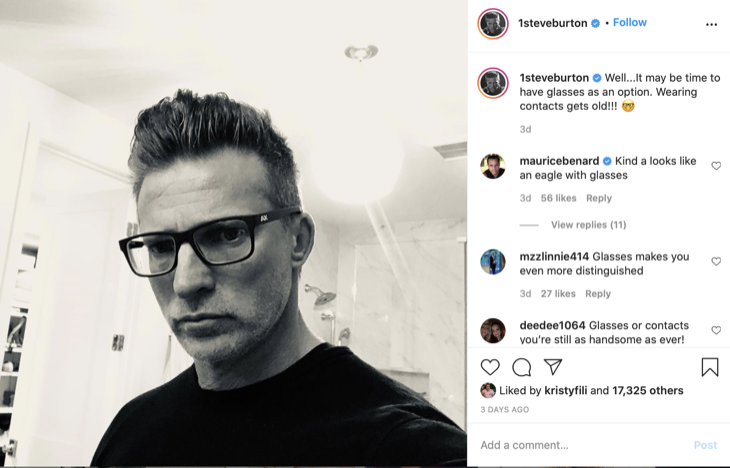 General Hospital News: Steve, Maurice, And The GH Cast Back On Set

Of course, it didn’t take very long for Steve’s fans and followers to comment on his photo, along with his fellow co-star Maurice Benard (Sonny Corinthos). But instead of telling Steve how handsome or how great he looks with his new specs on, Maurice quipped, “Kind of looks like an eagle with glasses.” 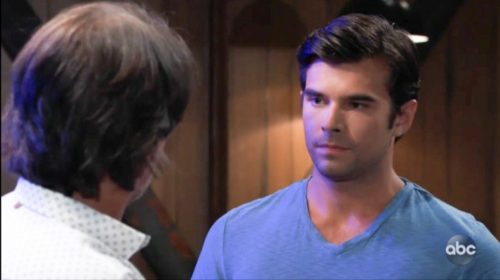 It’s a good thing that these two are friends and that they both have such a great sense of humor, right? Other fans commented on Steve’s pics with, “With glasses or without glasses you are still one of the most handsome actors in the soap industry. I am so happy that you and the rest of the cast at General Hospital are filming again and in a safe way too,” along with, “It doesn’t matter what you wear or what you don’t wear, you will always be Jason Morgan to your fans. Needless to say, you look like a stud.”

Another fan wrote, “Don’t listen to Maurice, those glasses make you look even sexier than you already are.”

And there you have it, folks. Be sure to catch up on everything happening with General Hospital right now. Come back here often for all the latest General Hospital spoilers, news, and updates.