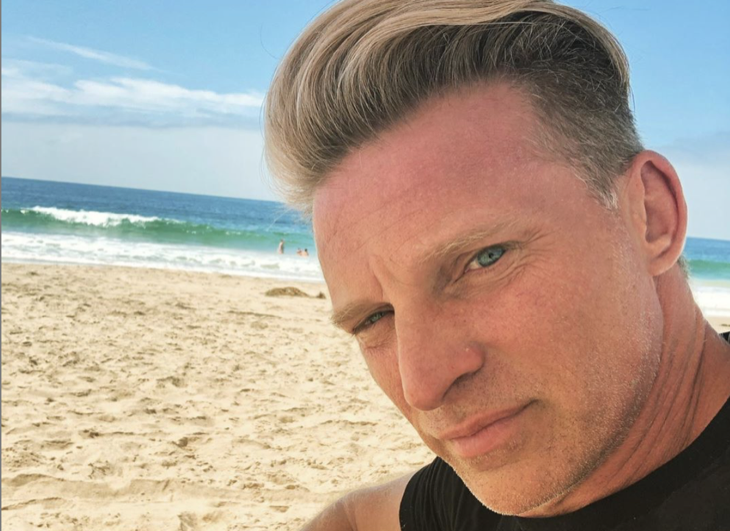 ABC General Hospital spoilers reveal that has been a close encounter of the hairy kind for Steve Burton who plays Jason Morgan on the ABC sudser. What’s up with the handsome and talented star whose character has just escaped a brush with death on the asphalt?

If you look closely you’ll see that Steve’s plush pompadour is no more! 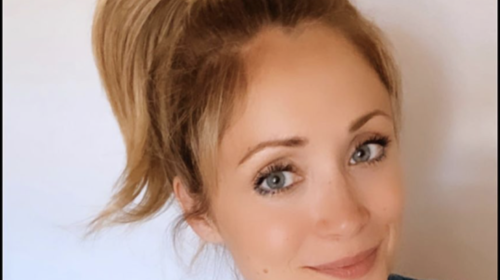 The actor posted a pic of his lockdown hair on Insta with this caption: “This hair no more! Back to @generalhospitalabc Fresh-cut to continue where we left off. Grateful to be back! #gh #grateful #jasonmorgan.”

Fans now see Stone Cold with his left side shaved clean away so that doctors could stitch up his head following a horrific accident on his motorcycle. Gone is the magnificent top pouf that Burton had lightened for the ultimate golden California surfer look. 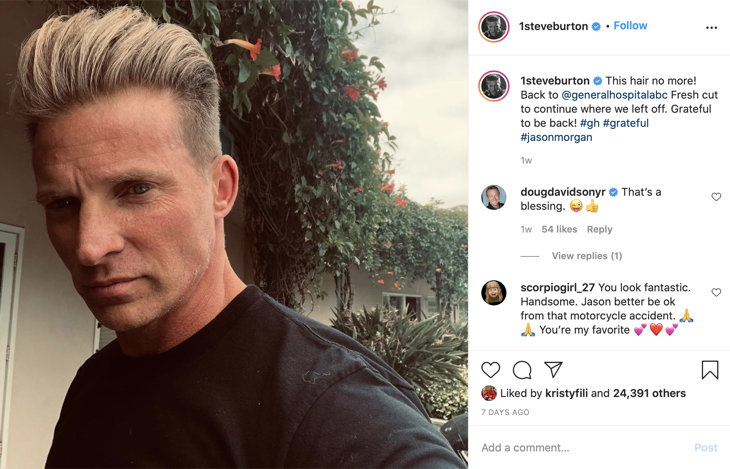 Steve’s fans were quick to point put that they love his hair no matter what it looks like. One responded, “Looks awesome either way👌you are the bomb! 😃,” and another posted, “Love love love the blonde!! 💜💜.”

Jason has awoken from his coma so what’s next for the mob assassin?

General Hospital spoilers – What is next for Jason Morgan on the ABC sudser?

As one fan noted, “He’s not dying and he’s not leaving. Faked his death is what I think and hoping he, Sam, Spinelli, and Sonny work together to take out the nonsense.” Well, we know now that his drama was real as the stitches alongside his head attest. But what is next for the man of few words?

He actually had plenty to say to his love Sam McCall (temporarily played by Lindsay Hartley). Right after he woke up she was all over him, gushing about how they could finally be together.

But she made a pact with the devil for this to happen and Jason was not pleased.

Sam sold her ELQ shares to Valentin Cassadine (James Patrick Stuart) in exchange for getting her a new parole officer. Jason is mad since this means the cad could ruin his family’s company.

Is there a brand new complication in the works for JaSam? It would be ironic if Sam sold her kids out only for Jason to snub her.

By the way GH fans, what do you think of Lindsay Hartley subbing for Kelly Monaco? Tell us what you think!