General Hospital Spoilers: 3 Reasons Trina Goes To The Dark Side 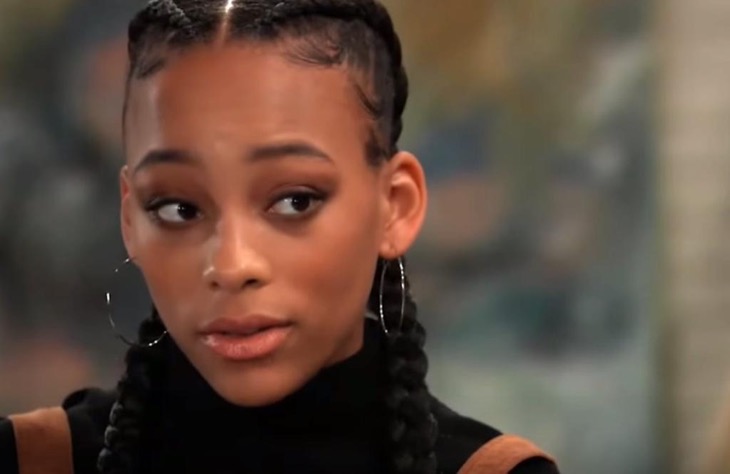 ABC General Hospital spoilers tease that the summer is heating up in Port Chuck and so are a group of teens confronting their feelings for one another. Trina Robinson (Sydney Mykala), Cam Webber (William Lipton), and Josslyn Jacks (Eden McCoy) just had the most adorable scene together at the Nurses Ball. But could tragedy soon strike one of these precocious kids?

Trina in particular is having a tough time this summer. She thinks her dad is dead, the man who killed him is taunting her and her mom won’t stop cavorting with the man Trina hates for dragging her away from her dying dad.

It looks like Trina is a prime candidate for a big, soapy slide into chaos this summer. Here are three reasons why Trina Robinson could take a trip to the dark side before school starts back up! 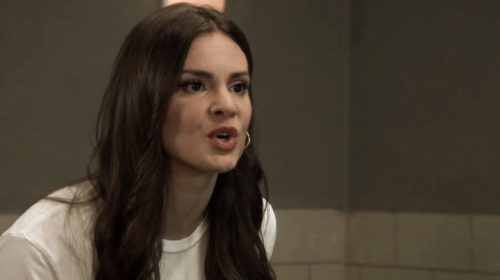 #1 She finds out Marcus Taggert is alive

Fans were blown away when we found out that Marcus Taggert (Real Andrews) is back to the land of the living. Apparently he never left! When Trina finds out that her dad is alive, and she will, she will be in heaven. But her fall from the heights of happiness will be excruciating when she finds out he tricked her into believing he was dead.

#2 Things get cray with Cam Webber and Joss Jacks

#3 She discovers Curtis Ashford is her dad

Fans think there is every possibility that Curtis Ashford (Donnell Turner) is Trina’s bio dad, not Taggert. Trina hates Curtis so she wouldn’t be gaining a dad she would be gaining a whole lot of heartache and anger if he turns out to be her papa.

Any of these scenarios would be enough to push a character over the edge but right now Trina is dealing with a lot of issues and like a molten volcano, erupting on a regular basis. Will something happen next to make the lava flow and cause her to lose it? Be sure to tune in and find out GH fans!