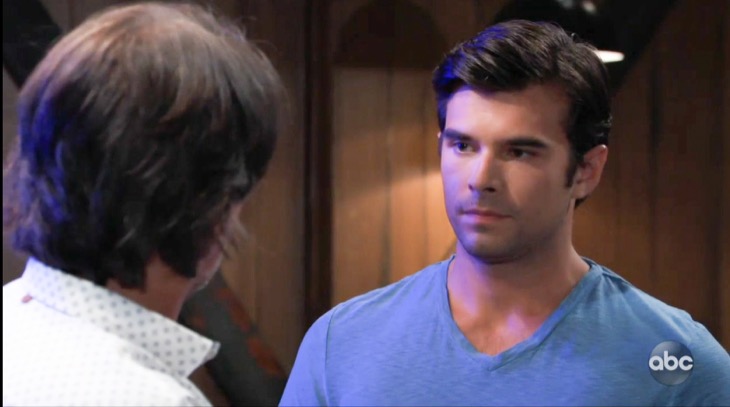 ABC General Hospital spoilers reveal that Harrison Chase (Josh Swickard) has been seen getting out and about an awful lot in Port Chuck recently. He’s had encounters with a variety of peeps ever since the show came back on the air with new episodes and this portends that something mighty big could be about to happen to the hunky detective. One thing we must say though, he knows how to do his job.

Unlike some other hunky soap detectives, he’s never been compromised or bungled a huge case. Could that all be about to change?

We think so based on what Chase has gotten up to in recent days. Here are three reasons why Chase Harrison could soon find his career on the line and his future in jeopardy. 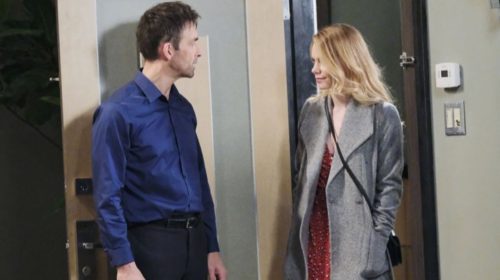 #1 He has been heard spilling terrible secrets

Peter August (Wes Ramsey) heard Chase and his brother Hamilton Finn (Michael Easton) talking about how Chase and Sasha Gilmore (Sofia Mattsson) faked an affair in order to get Michael Quartermaine (Chad Duell) and Willow Tait (Katelyn McMullen) to hook up. It worked because they now have custody of baby Wiley.

Peter now owns Harrison, the question is, what will he do with him? Whatever he does with this info it won’t be good!

As a result of their machinations, Harrison and Sasha are kinda sorta together by default. Nothing intimate has happened but they are comrades in arms. Sasha is skirting the law by using drugs and she’s one step away from buying. What happens if and when Chase finds out? There’s no way he’ll turn her in now, he’ll be too guilty about their scheme. If he thinks that he is partly to blame for her slide, how far will he go to protect her and in turn tarnish his badge?

#3 His dad is a question mark

Gregory Chase (James Read) has been referenced a lot in regard to Fanna’s wedding. Chase idolizes his dad, Finn not so much. Fans think Gregory will show up to the wedding and if he does he has the power to turn Chase’s world upside down. Is there a skeleton in his closet that could ruin his son’s life? Or maybe he has been up to no good since we last saw him? Either way, Chase has his dad on a pedestal and if his dad does something to fall from the top he could take Chase with him!