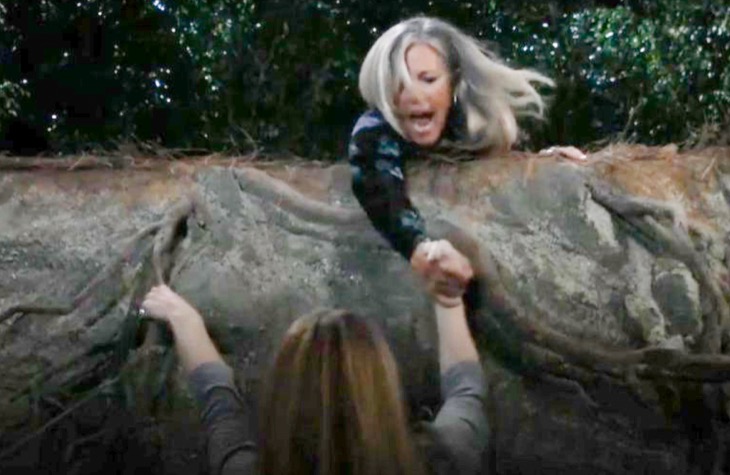 ABC General Hospital spoilers and recap reveals Nelle Jerome (Chloe Lanier) kidnapped her son Wiley Corinthos (Theo And Erik Olson). After Michael Corinthos (Chad Duell) arrived to save his son, Nelle ran into the woods. Carly Corinthos (Laura Wright) quickly followed and argued with Nelle. Nelle ran from Carly and then fell off a cliff. Carly runs to help Nelle and tries to pull her up the embankment but Nelle slips and calls out of sight.

Like so many other soap characters, Nelle fell into the abyss leaving Carly stunned by what has happened. Carly genuinely tried to help Nelle. However, Nelle cannot accept anything without wanting more. Nelle tried to ruin Carly’s life. Nelle sent Carly to Ferncliff. Nelle drugged Carly’s husband to make it look like she slept with him. Nelle is pure evil and evil doesn’t die easily. 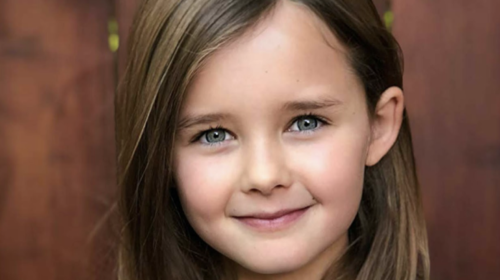 Nelle Benson Jerome Could Have Survived

After that fall it is possible that Nelle could be dead. However, it’s unlikely that Nelle has been killed because she causes too much drama alive. Nelle has fallen off a cliff. It’s dark outside and there is no way that Carly can see what happened to Nelle at all. The only way that General Hospital Carly can figure out what happened is to listen for a thud or a splash below because it is pitch black outside. What Carly does know is that Nelle is no longer screaming. Nelle isn’t holding Carly’s hand anymore. Nelle isn’t on the ledge with Carly. Nelle has simply disappeared. The cops should arrive soon but until then, Carly will have to believe Nelle is alive somewhere.

General Hospital’s Nelle could be dead. After all, when one falls off a cliff, they have to land somewhere. What could be below Nelle? There could be rocks at the bottom of the cliff which would mean almost sudden death for Nelle. After all, falling on a hard surface like that would most certainly kill someone. The jagged rocks below would be harsh and unforgiving. There could be water below her. A body of water may be easier to survive in most cases but what if Nelle couldn’t swim? What if Nelle struck her head on the way down? Nelle could easily drown at the bottom of a cliff and be out of everyone’s lives. But could Nelle disappear that easily?

Which fate would you rather have befall Nelle? Is Nelle alive and ready to cause more trouble for the Corinthos family? Will Nelle’s body turn up and she is out of everyone’s lives for good?