British royals news reveals that Prince William and Kate Middleton will soon have a big decision to make about their older son’s educational path. Prince George will turn 7 in July, and aside from the fact that this means he’s growing up quickly, it also puts him closer to the age when royals are typically sent off to boarding school.

It’s customary for royals to go to boarding school starting at age 8, which means that Prince William and Kate Middleton have some time yet before the decision needs to be made, but now’s the time for them to be thinking about the plan for next year. 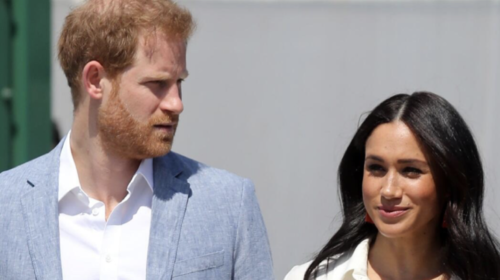 Perhaps Prince George will follow in his father’s footsteps and attend Ludgrove Prep School in Berkshire, England. Both Prince William and Prince Harry attended Ludgrove as full-time boarders, with Princess Diana visiting them on weekends. As royal biographer Ingrid Seward revealed to OK!, “It’s a super friendly school so it could be a good choice for George.”

Prince George is known as a gregarious little boy, so his parents will probably want to make sure that his school environment fits with his personality. Seward said that Prince William and Kate Middleton are very modern parents and that they’ll want to make their decision carefully, taking each of their children’s personalities into consideration when deciding whether they are good candidates for boarding school.

Of course, as royal watchers know, Prince William is very sensitive to issues of mental health, and he’ll probably want to make sure that boarding school is in Prince George’s best interest. As Seward explained: “Having experienced terrible trauma in his own childhood, William is very tuned in to his children’s mental health.”

Currently, Prince George is enrolled in a day school called Thomas’s Battersea in London. By all accounts, he’s getting along well there, and perhaps he won’t want to change school environments. His parents might let George have some input on the decision about where he spends his days.

It will be interesting to see where Prince George ends up when he turns 8 next year, but given Prince William and Kate Middleton’s parenting style, whatever choice is made will no doubt be best for George. Be sure to check back here at CDL for more British royals news and updates.