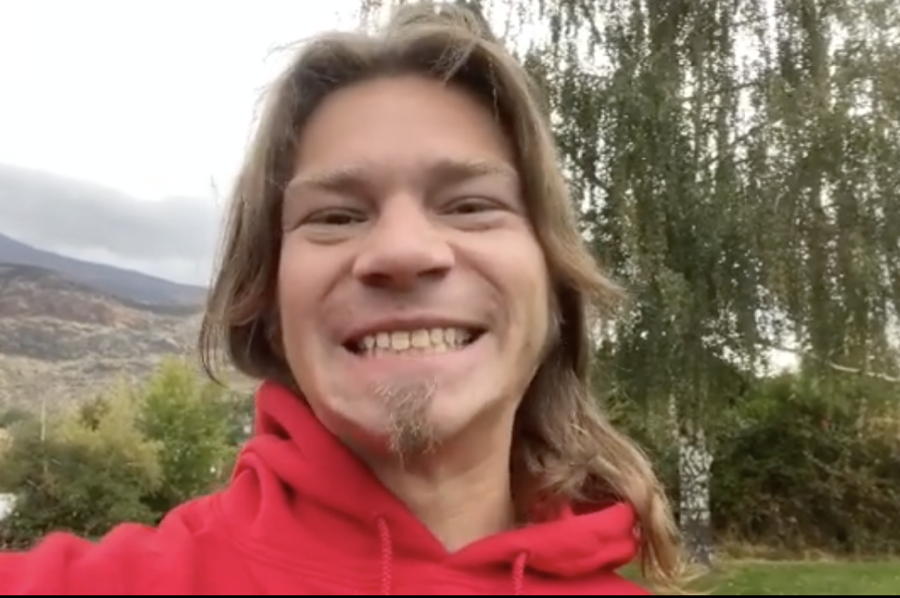 Alaskan Bush People star Bear Brown has a son named River with his ex-fiancee, Raiven Adams. However, he hasn’t met the child yet despite him already being six months old. Well, Bear is finally getting the chance to hold his son! The reality star recently announced to his followers on social media that he was “an hour away” from meeting his little boy.

After only dating for a very short time, Bear proposed to Raiven and the two were busy planning a wedding with the Brown family’s help. However, just days prior to the big event, Bear went missing, as seen during a recent episode of Alaskan Bush People. Then, it was announced that the wedding was off, but no reason was given. 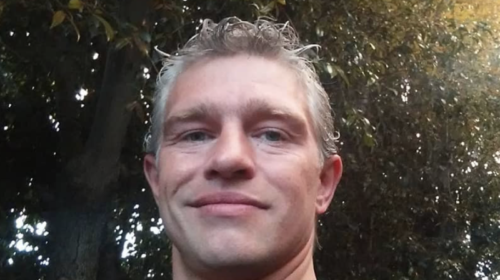 During the past year, there was a volatile legal battle and both sides had different stories. There was even a restraining order at one point with accusations of drug use and violence. However, the former couple now insists on social media that they are dedicated to co-parenting River together.

On Bear’s Instagram page, he posted a video clip in which he excitedly announced that he was going to hold his son for the first time. He said,

“Guess where I am going right now? I am on my way to hold my son for the first time. I could not be more excited, this will be so so so awesome… I’m on my way right now and within a matter of an hour, I could be holding my son. Thank you for sticking with me through everything.” 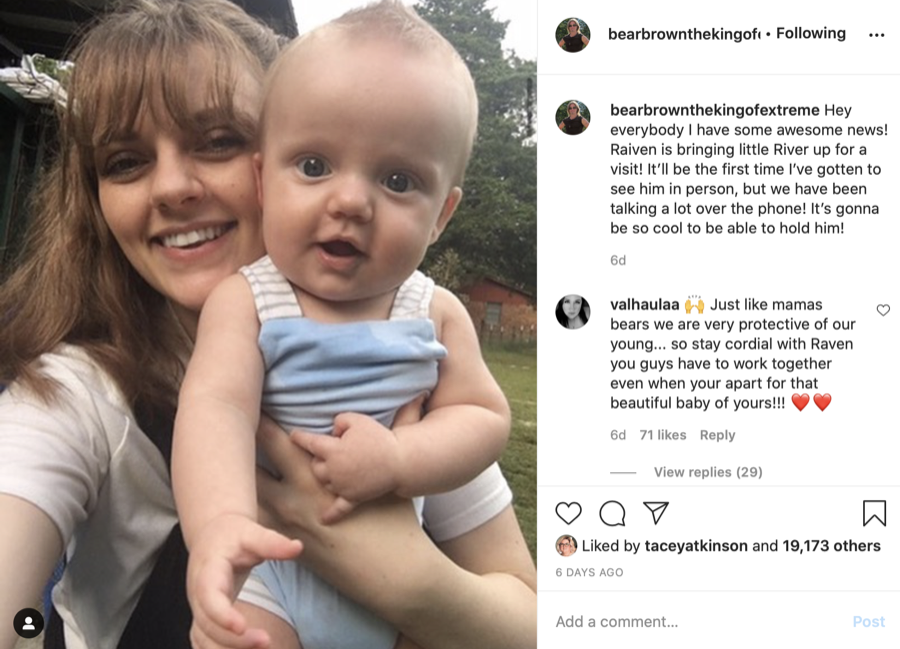 A Big Move and Assurances to Fans

Recently, Bear battled the Palmer Fire, which destroyed the Brown family’s new ranch in Washington. Around that same time, Raiven and River moved to Texas. After the big relocation, fans were concerned that Bear would never get to meet his son. However, Raiven assured everyone that she wanted Bear and River to have a relationship. She also said that she wanted her little boy to have relationships with the entire Brown family.

She kept true to her word and now, Raiven and River are traveling the long distance so Bear can meet his son for the first time. Bear said of the upcoming meeting,

“It’ll be the first time I’ve gotten to see him in person, but we have been talking a lot over the phone! It’s gonna be so cool to be able to hold him.”