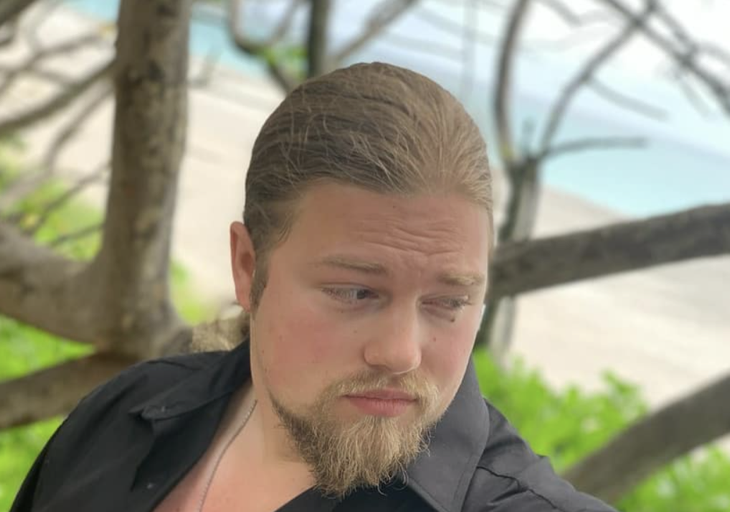 Alaskan Bush People star Noah Brown and his wife, Rhain Alisha, welcomed a baby boy in February 2019. He recently shared a rare photo of his 18-month-old son. He also wrote a message on Instagram thanking his little boy for making it easier to live in a dreary world and talked about dark times for the Brown family.

On February 26, 2019, Noah and Rhain welcomed a new life into the world. They gave birth to Elijah Connor Brown and the little boy is now 18 months old! Noah shared a rare snapshot of his son on Instagram, who was wearing a diaper and t-shirt, along with a big backpack. Eli is definitely adorable and his big, blue eyes were gazing at something beyond the camera lens (we imagine his doting parents!) 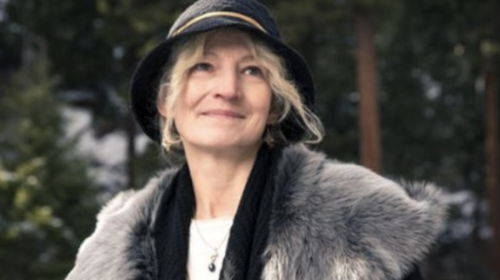 After Eli was born, Noah shared, “Rhain and I are thrilled to announce the arrival of our son Elijah Connor Brown. Mom and son are healthy and happy — he’s already working on his howl! Rhain is a wonderful mother already, I am truly in awe of her and we are both very grateful and excited to welcome him to our family.”

In the caption of the Instagram post, Noah talked about how much he loved Eli and that his son brightened up the world. The Alaskan Bush People star wrote, “Even in dark times there are moments like this that you just have to share because it brightens this dreary world. I love my son.” 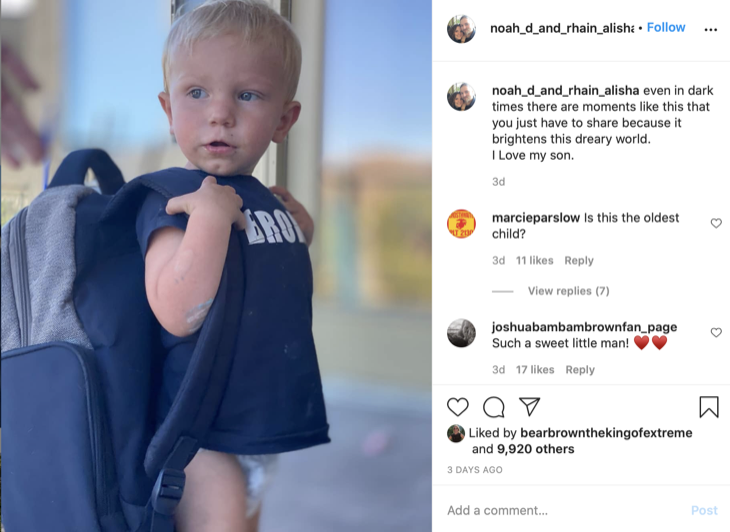 The dark times that Noah was referring to is most likely the Palmer Fire that ravaged through Washington, burning over 17,000 acres. The damage includes Billy Brown’s ranch, which sits on 436 acres and is worth an estimated $1.6 million. Just last week, Bear Brown discussed the devastating loss but promised fans that he wasn’t giving up. He gave every indication that they are going to dust themselves off and rebuild.

Bear assured fans that everyone made it out safely. His sister, Bird Brown said in a video that she wanted to thank the first responders who were trying to extinguish the fire and save everyone’s homes. Rain Brown added in a video,

On August 18, a wildfire broke out near the Brown family’s land. The family is safe, but the fire is still raging. To learn how you can help those fighting wildfire devastation, visit the American Red Cross at redcross.org or call 1-800-RED-CROSS. #AlaskanBushPeople

”Our hearts and prayers are with everybody going through times like these with us, just make sure that you can reach out and do what you can, where you can.”