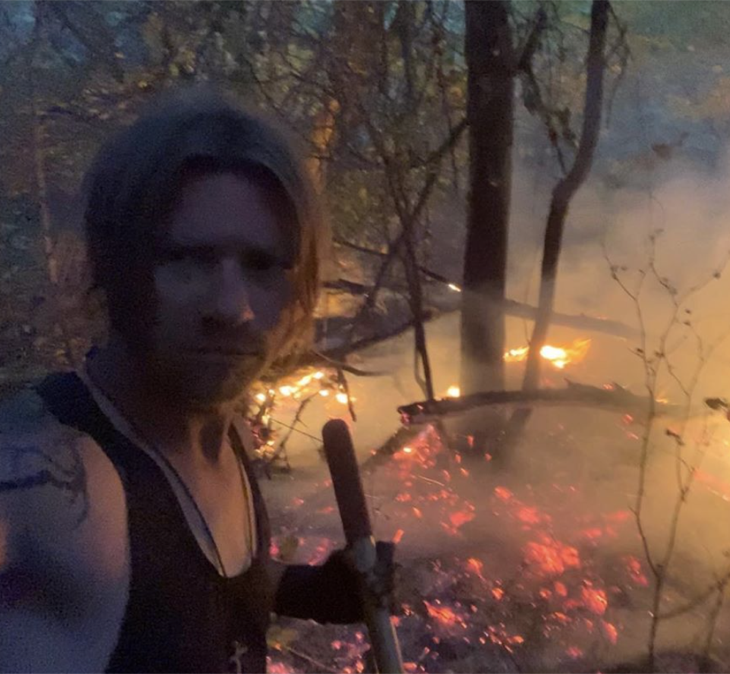 Alaskan Bush People star Bear Brown recently posted a picture of a tree smoldering from within the trunk, which gives it an eerie glow. It shows how the Washington fire consumed everything in its path. The cast has been giving the followers a glimpse into what they experienced. Keep reading to find out the latest information on how the family is dealing with this new obstacle.

Bear has been collecting photos and videos of the various stages of the Palmer Fire. He has shared some of those on his social media accounts. Last week, the Alaskan Bush People star took a photo of himself standing in front of blazing trees. He was holding something in his hand, which we assume is a shovel. Now, Bear has captured another striking image.

One of the photos that Bear shared was of a tree that was in the Palmer Fire. This particular tree trunk was smoldering on the inside from the Washington wildfire. Due to the bottom of the trunk having some wide slits, it created a beautiful, yet ominous glow coming from the trunks center.

According to The Sun, the Palmer Fire spread across state lines, including Washington, Oregon, and California. Homes and other structures were charred and some of them either collapsed or completely disintegrated. Livestock tried to be saved and wildlife was driven away. There have also been 15 deaths, but that number could rise.

Alaskan Bush People season 12 is focused on Bear trying to move on from his ex-fiancee, Raiven Adams. The two share a child together, five-month-old River. However, Raiven relocated to Texas and multiple media outlets report that Bear still has not met his son. 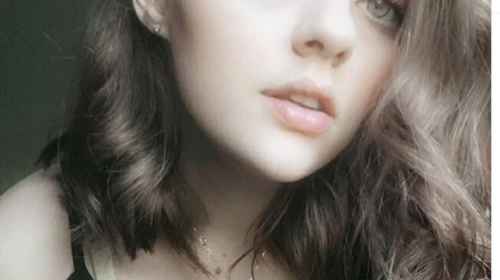 We are also learning what the Brown family had to do to build the family cabin on a deadline. They relocated from Alaska to Washington. While trying to complete the cabin before spring, they deal with several issues. A harsh winter that left the ground frozen solid. A canceled wedding and explosive drama between former flames. COVID-19 was upgraded to a pandemic and it spread across the globe. The Brown family will also have to come with a solution when the supplies start dwindling down to nothing.

The Palmer Fire destroyed the Brown family’s property, which is worth an estimated $1.6 million. While Bear told fans that he was staying in a hotel, he is thankful that he has such good friends in the midst of tragedy. The Alaskan Bush People star also replied to a comment on Instagram and indicate the family would rebuild.