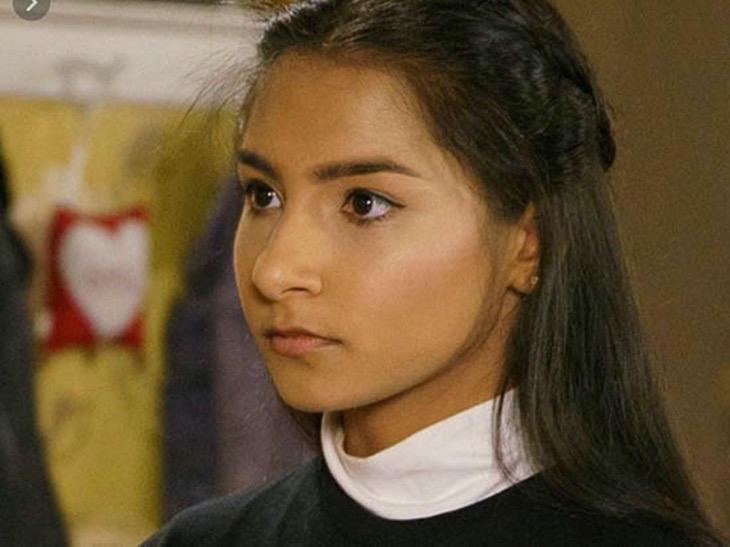 ITV Coronation Street spoilers reveal that Asha Alahan (Tanisha Gorey) has allowed Corey Brent (Maximum Evans) back into her life after the striptease scandal. Dev Alahan (Jimmi Harkishin) forbids Asha from talking to Corey, but she will be caught “entertaining” the teenage boy. The father/daughter conflict is going to explode during the week of September 14.

Corey Brent and the Striptease Scandal

Corrie spoilers reveal that fans were hoping Asha’s troubles ended when she got help for bleaching her skin. However, she would get involved in a huge scandal when Asha’s private striptease for Corey ended up becoming very public.

While the scandal wasn’t Corey’s fault, he didn’t say a single word to defend Asha. She was taunted and tormented for the viral striptease. Corey had every opportunity to stand up for her or tell his friends to knock off their snickering. But he didn’t do any of those things. 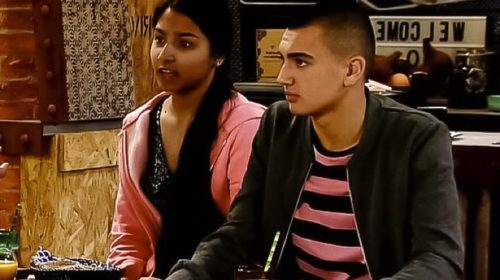 When Dev notices that Asha is texting and talking to Corey after everything that happened, he isn’t happy. He orders her to hand over the phone and doesn’t understand why Asha would let that boy back in her life. Now, Dev has done what he can to protect Asha and went a bit overboard with trying to deal with the aftermath.

Eventually, the snickering would have died down when the next piece of juicy gossip circulated the high school hallways. However, Dev decided to transfer his kids to an expensive private school. Then, he paid a reputation management company to “fix” the consequences of the striptease getting on the world wide web. But it’s a lot of money and it’s causing Dev to go into financial ruin. It’s getting to the point where he’s considering selling the shop. 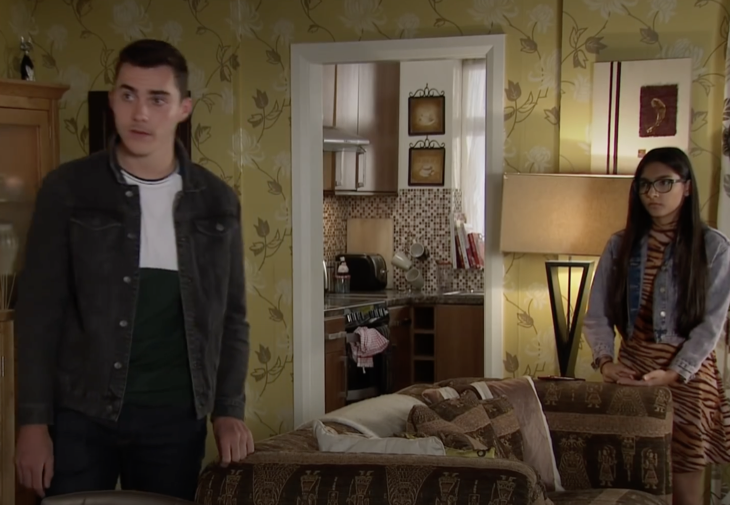 Coronation Street spoilers reveal that Dev warned Asha to cut off communication with Corey. However, she will defy him and make another bold move. She ends up bringing Corey to her house when nobody is home to “entertain” him. However, she ends up getting caught. It’s not Dev that sees Corey in his house, though. It’s Asha’s brother, Aadi Alahan (Adam Hussain). This is when Asha knows she has to step up and admit the truth to her father.

When Asha decides to be honest, she intends to try and mend her tense relationship with her father. Now, Dev isn’t exactly known for staying calm when it comes to his daughter. This is no exception and he will explode. Not only is he worried about something else happening to Asha, but he’s under a lot of stress.

Every hug.
Every touch.
Every smile
Every tear.
Every look.
Every lie.
Every kiss…

For everyone. Everywhere. Every day.

From the 14th September, watch your favourite soaps every weekday on @ITV from 7pm. #ITVSoaps #Corrie #Emmerdale pic.twitter.com/5VvYgI7zfG

Then, Dev decides to create a spreadsheet to give his daughter a reality check. His intention is to show her just how much it will cost if Asha and Corey live together. However, Asha is not amused and like a typical teenager, she is determined to do things her way. However, will there be a price to pay? Will the father/daughter relationship ever be repaired? And is Asha making a huge mistake by getting close to Corey again?