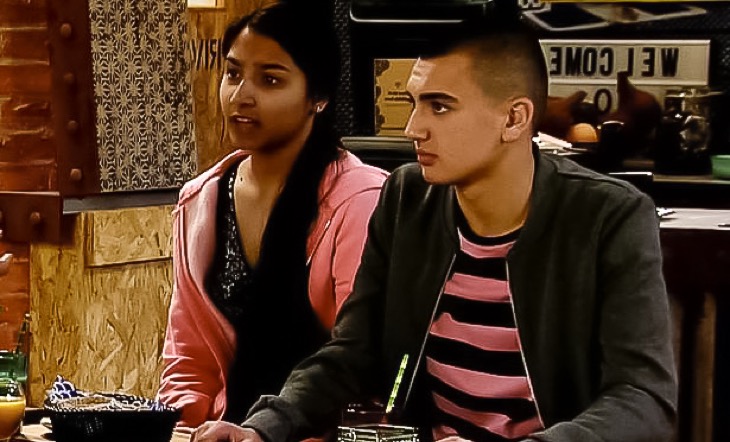 Coronation Street spoilers hint that there will be another storyline that will involve the teen characters of the show next year that will shack things up for them. The soap producer, Iain MacLeod has gone on to say that Ash Alahan (played by Tanisha Gorey), Aadi Alahan (Adam Hussain), Nina Lucas (Mollie Gallagher), and Kelly Neelan (Millie Gibson) will soon be thrust to the forefront of an important storyline.

In a recent zoom press conference, the producer of the soap went on to tell the media, “A huge story for next year, for which we lay the groundwork this year, involves the younger characters of Asha, Nina, Aadi and Kelly. They’re going to be mixed up in a story that is incredibly hard-hitting and will have massive ramifications for Roy and for Abi. Essentially it’s going to be one of the biggest things we do next year, by some margin. 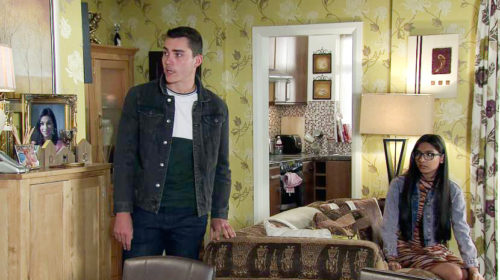 It’s a serious social responsibility type of story. It will start with the teens but ended up hoovering in Abi, Roy, and countless other people as well. It’d be weird to say I’m excited about it because it’s incredibly sad and tragic in some respects. But it’ll be a really important story for us next year.”

Although we do not know what the issue may be, viewers may remember that the teens have already been pushed into the center of a storyline dealing with revenge and pictures being leaked. This came after a storyline dealing with Asha wanting to lighten her skin. It will be interesting to see what troubles the teens will face next. Right now, Asha has reunited with Corey, who took a picture of her without her consent. However, will she continue to repair past relationships or will she decide to move forward without him?

Be sure to tune in to catch up on everything happening with Corrie right now. Come back here often for Coronation Street spoilers, news, updates, and rumors!