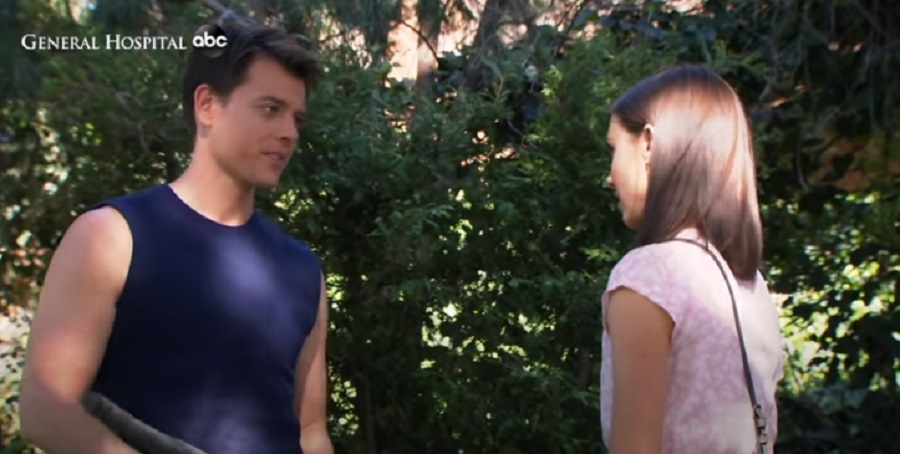 General Hospital spoilers and news reveal Chad Duell has a totally different look these days.  The GH cast member has always had a clean-cut on the ABC soap opera.  Michael Corinthos is a Quartermaine by blood, and raised by a mafioso, so he has always rocked a pretty clean-cut look, and has impeccable taste in suits.  But, a recent snap of Chad Duell on Instagram had us doing a double take.

Over the years Chad Duell’s character Michael has matured, but let’s be honest, we want to know where the fountain of youth is he has been tapping in to.  Chad Duell has usually rocked short blond hairstyles (that have gradually turned brown) on General Hospital, but the actor has grown his hair out, and it’s dark! 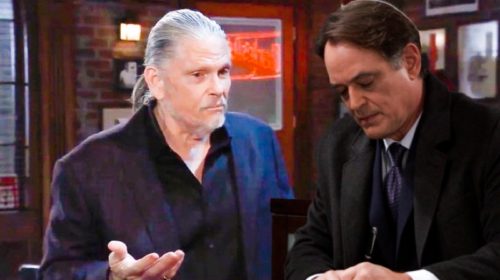 This month Chad Duell has been posting some interesting new photos on Instagram, it looks like he’s been dabbling in modeling (which is no surprise since his long time girlfriend Courtney Hope models also).  Chad shared some snaps from a recent photo shoot in Los Angeles.  He looks amazing, but different than what General Hospital fans are used to.

Chad Duell has traded his trademark baby face and short blond do for serious cheekbones and shaggy dark hair.  We can’t wait to watch his transformation on General Hospital, and see if the writers play up his new image.  Frankly, Michael Corinthos has been a total boy scout for years on the daytime soap.  It’s definitely time to show off a different side of him, he could give Jason Morgan a run for his money, just slap a leather jacket on him.

If you look at it from a career standpoint, it makes sense that during the pandemic he began moonlighting as a model.  For a while there, we had no idea when or if the soaps would return due to all of the social distancing laws in Cali.  Guess what you can get paid to do without worrying about crowds and social distancing, modeling!  It’s not pandemic proof, but definitely a safer route than acting in today’s world.

What do you think of General Hospital cast member Chad Duell’s new sultry look?  Let us know in the comments below! Stay tuned to GH, and keep checking General Hospital spoilers frequently for all the latest news, Chad Duell updates and developments!