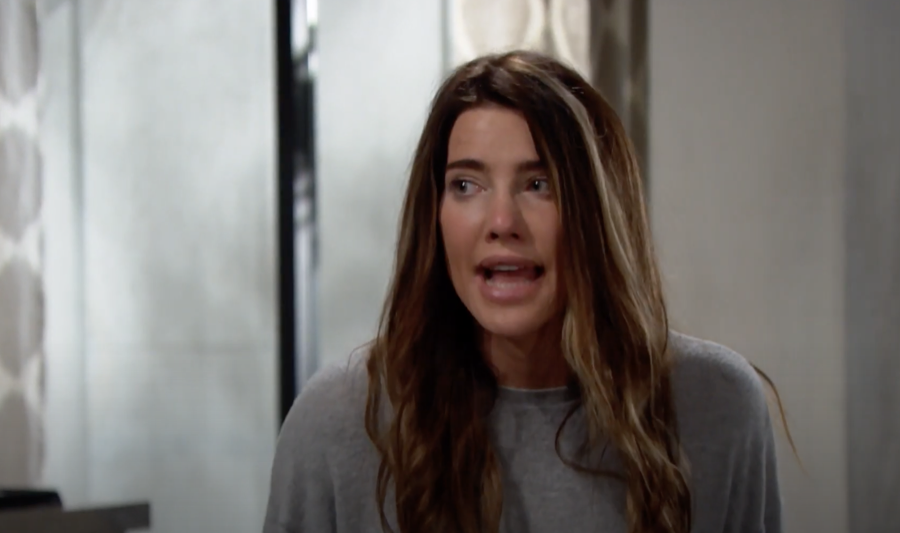 CBS The Bold and the Beautiful spoilers reveal that it seems like Steffy Forrester (Jacqueline MacInnes Wood) hit rock bottom when she pulled out a knife. However, the actress warns that wasn’t the worst of it. It is just the beginning of the domino effect and she will continue to spiral out of control. Keeper reading to find out what the soap star had to say about her character and this storyline.

B&B spoilers reveal that Steffy became enraged when Liam Spencer (Scott Clifton) took their daughter, Kelly Spencer (Colette and Avalon Gray). He did it because she was behaving out of control and that she was unconscious when he arrived. After Liam took Kelly, Steffy drove over to confront Liam. She ended up pulling a knife while making demands to Liam, Hope Logan (Annika Noelle), Brooke Logan Forrester (Katherine Kelly Lang) and it was done right in front of Ridge Forrester (Thorsten Kaye). 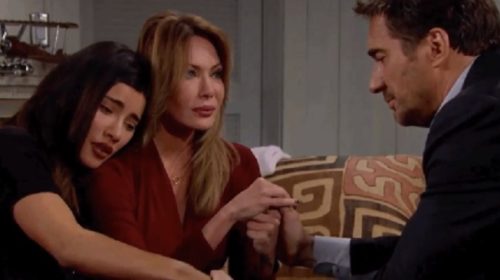 In the new issue of Soap Opera Digest, Wood explained that Steffy is going to continue spiraling. The actress said, “She has been defiant up to this point but now things are crumbling all around her.”

However, there are other clues in the interview that suggest Steffy hasn’t hit rock bottom yet. 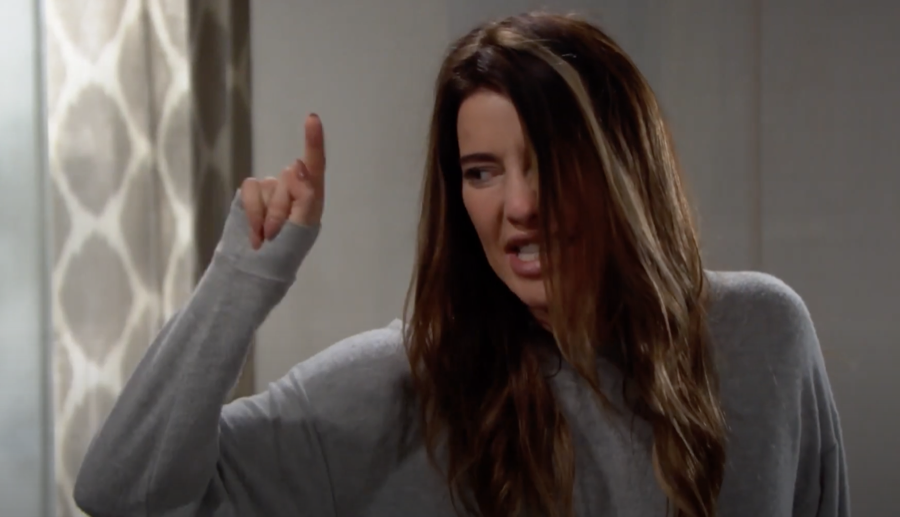 The Bold and the Beautiful spoilers indicate that Steffy hasn’t hit rock bottom yet, but she is about to. The actress told the publication that she continues spiraling after Liam alerts Dr. John “Finn” Finnegan (Tanner Novlan) of her addiction to painkillers.

“This is the beginning of the domino effect… She really hits rock bottom. A lot of past demons come into play… All her fears come to the surface, and with her daughter’s future hanging in the balance. This is not going to be pretty.”

The Bold and the Beautiful Spoilers: Anything for Kelly Spencer

In previous interviews, Wood explained that Steffy will do anything to hold onto her daughter, which includes seducing Finn in order to get more pills. We saw that didn’t exactly go according to plan. In this interview, the actress said that when it comes to Kelly, Steffy will go from zero to 100 instantly. She also teased,

The Bold And The Beautiful Spoilers: True Love Triumphs, ‘Bridge’ Wins, But For How Long This Time? #coronationStreet #Corriehttps://t.co/1znVR0XIGz

“She will go from zero to 100 to keep her daughter. What she’s grappling with now is how the pills numb her pain but at this point, it’s not just physical pain, it has become emotional pain. She’s really going down the rabbit hole.”

Just how much worse can Steffy Forrester’s pain pill addiction get? Will she ever recover and get back her daughter?