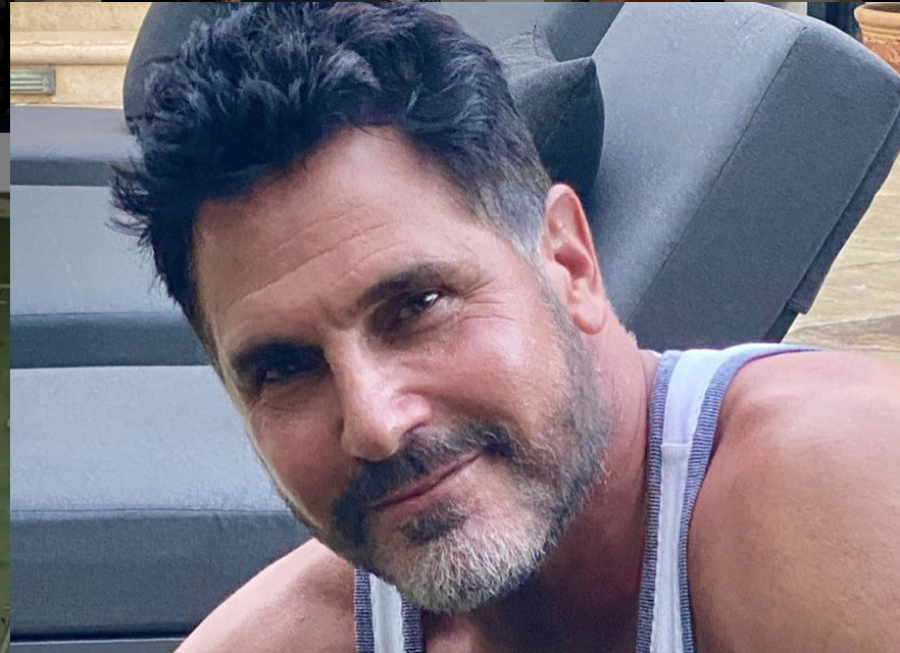 The Bold and the Beautiful spoilers reveal that in his downtime from the CBS sudser hunky Los Angeles Don Diamont (Bill Spencer) enjoys a refreshing dip in his pool, and he has two special friends he likes to swim with. He recently posted a sunlit pic of himself and his buddies to Insta and we have the inside scoop for you here. Read on to learn the identity of Don’s two special canine friends!

The Bold and the Beautiful News Updates

Don looks like the picture of health, sitting on the pool steps with a huge grin on his face. Tucked underneath each arm is a beautiful dog, one amber-colored and one dark brown. He captioned the pic, “I don’t go in the pool without my floaties! @deusandjagger #granddogs.”

The pooches, Deus and Jagger, have looks of serenity on their faces that reveal they are delighted to be in the water with their “granddad!”

Don Diamont has granddogs he enjoys going in the pool with

Don’s fans were thrilled with his cute pic with one posting, “The resemblance in facial structure is blowing my mind,” and another writing, “I can tell you love your dogs. The reddish one looks like he’ll take good care of you.”

One fan gave the thumbs up to the dog breed writing, “Ok, I love you even more! A Vizsla!!! Yaaayyy.” 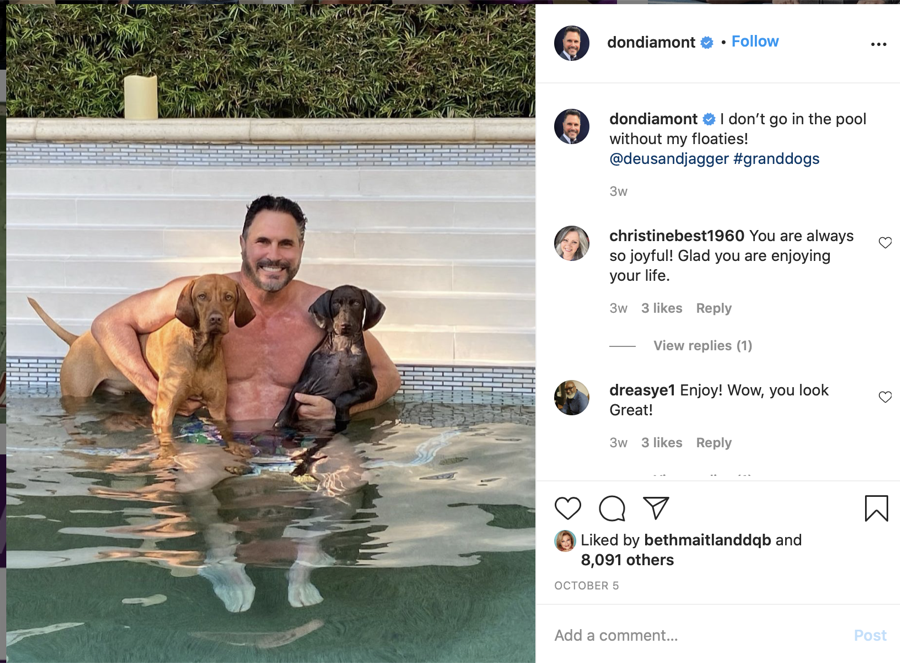 What happens next to Dollar Bill on the CBS soap?

Don’s alter ego on the CBS soap is Dollar Bill Spencer and at this time he isn’t enjoying his reel life as much as his portrayer is enjoying his real life. It seems like Bill’s life is a giant roller coaster with tremendous highs and disastrous lows. Unfortunately, he’s coming off of a horrendous low right now.

That’s because The Stallion let his emotions gallop away from him and he kissed Brooke Logan (Katherine Kelly Lang) busting up both of their solid relationships.

Brooke and Ridge (Thorsten Kaye) are now back on track but Bill has yet to find closure. Will Katie Logan (Heather Tom) take him back or will he have to jump through hoops to prove he is still worthy of her love? Then again, his baby mama Quinn Forrester (Rena Sofer) is back on the market after her union with Eric Forrester (John McCook) imploded this week. Just saying!