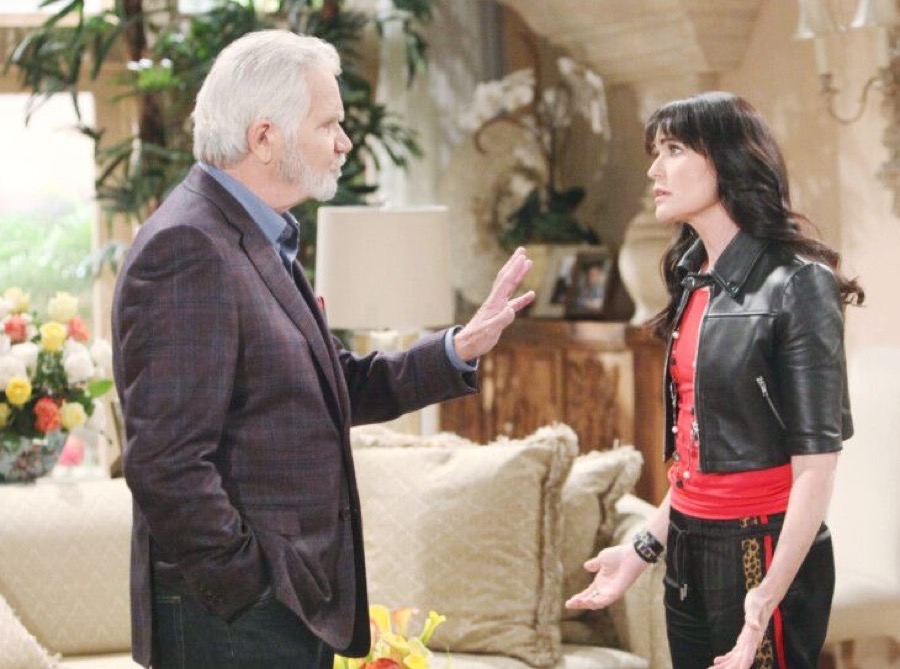 CBS The Bold and the Beautiful spoilers document that Eric Forrester (John McCook) is known for offering forgiveness to those who’ve wronged him. But Quinn Fuller Forrester (Rena Sofer) may soon lose the treasured last name she’s held for a number of years because her husband is unwilling to overlook all that’s happened.

She didn’t even consider that someone would overhear her, as Katie Logan (Heather Tom) initially did. Then, Eric was out of Quinn’s sight when she was on the phone with Shauna again.

Bold And The Beautiful Spoilers – Totally Outrageous, But Inexcusable?

Quinn’s incessant need to attack Brooke Logan (Katherine Kelly Lang) was digested by Eric. He didn’t like it, but knew that his ex-wife gave as good as she got.

Earlier this year, Quinn spiked Brooke’s juice bottle, which Eric remained unaware of while he was listening to his wife’s conversation with Shauna. This is an open plot point that deserves a reveal as well. Thomas Forrester (Matthew Atkinson) could let that slip, intentionally, or otherwise.

Separate from the Brooke battle, fans are right to ask if Eric’s response to what he’s learned about the Bridge divorce paper filing and the Las Vegas, Nevada, wedding chapel ceremony represents an overreaction?

Should Eric be upset? Yes, that’s natural. But to call for a divorce because of what’s been exposed might be a bridge (wink) too far. 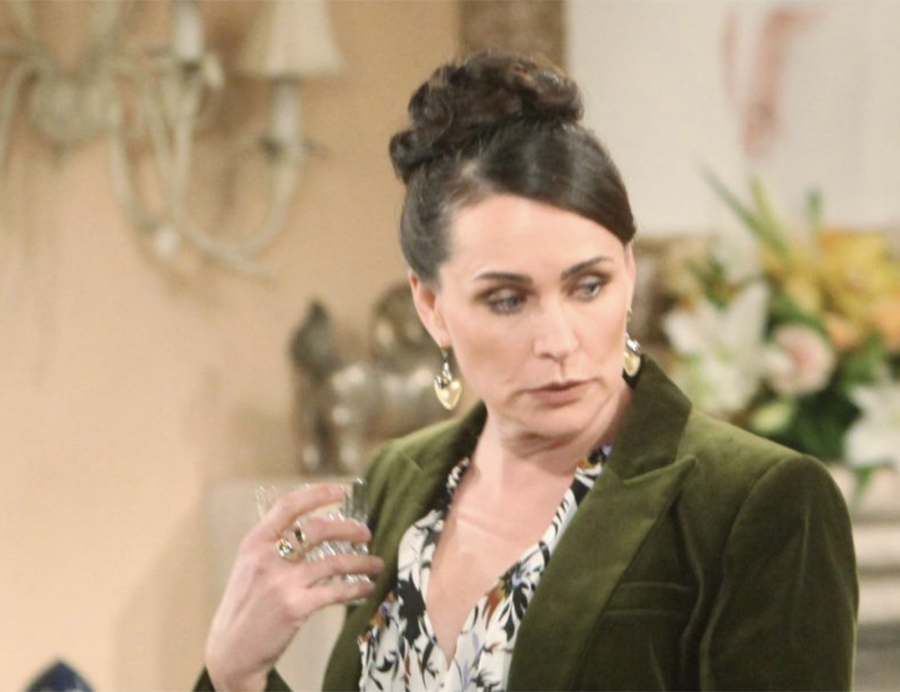 Quinn told Shauna, during their various conversations, that Eric would explode if he ever learned about their duplicitous actions. Well, he has and he did.

While Shauna’s conscience forced her to tell Ridge Forrester (Thorsten Kaye) the truth before the Shidge ceremony was set to start, Quinn can be tagged as having misgivings about what she did as well. The proof came when Quinn admitted to harboring fear in her heart, when pressed by Eric to explain herself.

Returning to the single life, especially without the love of her life, is frightening and possibly undeserved. 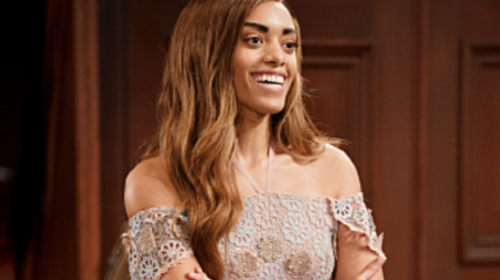 Bold And The Beautiful Spoilers – Eric Forrester Needs A Breather

Eric needs to step away from this stunner. His feelings are real and certainly valid. But choosing to leave Quinn because she got carried away, while also trying to help her friend is a bit rash.

Yes, Shauna didn’t need to be with Ridge through the methods that she and Quinn arranged. And yes, Brooke was also a victim in that scheme. But Quinn’s choice to discount Eric’s statements about laying off Brooke underscores that he helped to create Quinn’s insecurities.

The above doesn’t excuse anything Quinn did but is a significant point that Eric should realize in the weeks ahead. And with that full perspective, he might be able to slowly forgive her.

‘Sister Wives’ News: Are The Browns Broke? Why is Christine Brown In First Class?