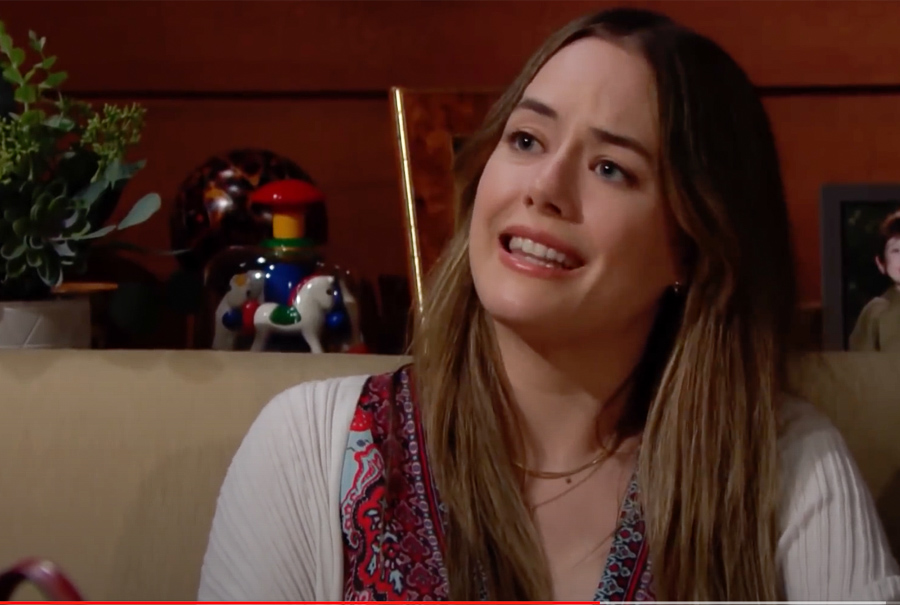 CBS The Bold and the Beautiful spoilers document that in Los Angeles Hope Spencer (Annika Noelle) took control of a situation that was dangerously veering toward unnecessary strife. She spoke openly and directly to Liam Spencer (Scott Clifton) in the privacy of the cabin, with a positive resolution resulting.

With all outside parties removed, Lope had what can be accurately tagged as a heart-to-heart. Hope didn’t shy away from telling Liam that she sensed he was jealous of John Finnegan’s (Tanner Novlan) emerging role in Steffy Forrester’s (Jacqueline MacInnes Wood) life.

Bold And The Beautiful Spoilers – Hope Spencer Is A Bedrock

Clifton offered a typically stellar performance with Liam becoming emotional when telling Hope that she was his bedrock. It was good to see Liam acknowledge reality, as he and Hope have formed a warm, solid, and wonderful family life.

As Liam noted, they’ve been through so much in recent years. Beth Spencer’s (Madeline Valdez and River Davidson) assumed death was naturally horrific, with her return creating infinite joy. But then the Thomas Forrester (Matthew Atkinson) problem also had to be resolved and was.

Bold And The Beautiful Spoilers – Steffy Forrester’s Proclamation Of Love

Meanwhile, during companion scenes, Steffy and Finn were all smiles at the cliff house. They eventually proclaimed their mutual love for each other, which viewers have rightly sensed was emerging during the past few months. 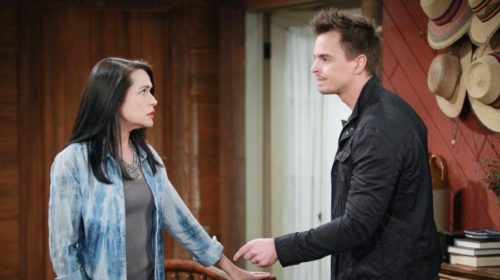 This is a flashpoint for B&B, as Steffy’s exit from the triangle that’s included Liam and Hope across many years, has ended. Sure, it could always be revisited at some future point. But it’s clear that a fresh plot path is being presented to the audience, which seems to be openly accepting the change.

Liam will likely come to see that Finn does, in fact, have Steffy’s best interests at heart and that she genuinely cares for the man who started as her doctor. Of course, the drama will still exist, but that will probably be more related to family, or work issues, rather than the classic Steam versus Lope arc.

Bold And The Beautiful Spoilers – Looking Into An Unknown Future

Wood’s just announced real-life second pregnancy has her delivery date happening at a time when Steffy would need to be written temporarily out of the show in the early part of next year. An extended absence could be necessary, depending upon how long Wood wants to be with her new child.

So, B&B may already be pushing the romance between Steffy and Finn for the reasons that are noted above. What stage their relationship will be at by early 2021 is unknown, but projects as impacting Liam, as he’s Kelly Spencer’s (Avalon and Colette Gray) father.