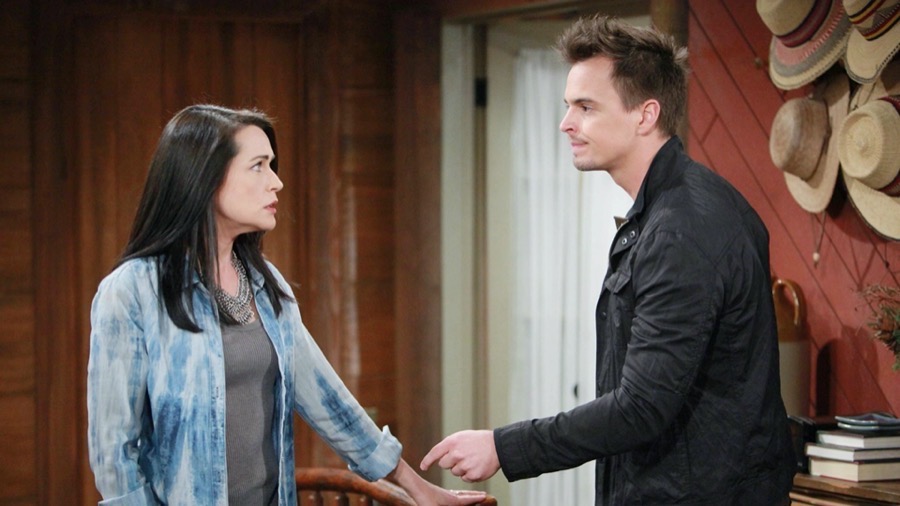 Flo’s offer for Quinn to live with them, in light of Queric’s troubles, is not something Wyatt feels should happen. But Flo is the love of his life. That, along with Quinn’s obviously frazzled state of mind, makes the situation one that must be addressed.

It’s taken Wyatt a long time to get his life righted. Issues relating to Sally Spectra (Courtney Hope) were finally resolved after a long period of time that was extended (especially for the viewers) due to the production shutdown.

Re-connections and breakups with Flo are in the past. Wo is on solid ground and seems headed toward engagement, marriage, and children. Quinn’s place in that picture would be as the occasionally visiting grandmother, rather than as a roommate.

All has been going well with Bill Spencer (Don Diamont), which is quite an accomplishment for Wyatt as well. 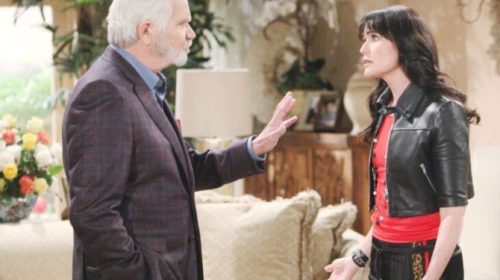 Bold And The Beautiful Spoilers – Quinn Fuller Forrester For Now

If Quinn’s separation from Eric Forrester (John McCook) proves to be brief, or is resolved in a reasonable amount of time, then Wyatt won’t have to handle his mother’s restoration. She has the capacity to create mayhem for those who she focuses on, as Shauna Fulton (Denise Richards), Flo’s mom, can strongly attest.

Sofer’s character will shift her gaze to her only child if Quinn is forced to be single through Eric’s divorce demand. The end of Queric would be catastrophic, with countless talk therapy sessions required. Flo would handle some of that duty, with Wyatt made to hear the rest.

Wyatt’s serious intent will be to help his mother repair her marriage, if that’s feasible. In the case of Queric’s demise, then he will need to recruit Flo as they try to pair Quinn with someone new as quickly as possible.

Bill was referenced earlier. He’s thought of as Wyatt’s father and, until recently, Katie Logan’s (Heather Tom) once again husband. But that longtime couple is separated, like Queric.

B&B, due to its half-hour format, has a limited cast list. That means various characters only have so many romantic choices. Re-pairing Bill and Quinn would be watch worthy.

Might it be possible that whatever chemistry once existed between Bill and Quinn is rekindled? Could Wyatt and possibly Flo encourage said reunion? Yes to both seems right, if the storyline moves in that new direction.