Discovery Alaskan Bush People star Joshua “Bam Bam” Brown shared a photo on Instagram on Saturday. It’s pretty rare for him to post to social media, especially Instagram. However, he had a specific reason for doing so. He was looking back on his life before three huge events — moving to Washington, the Palmer fire and the COVID-19 pandemic.

The reality star posted a photo on the social networking site of himself. He appeared to be looking back on the world before everything changed. Now, nothing ever really stays the same. However, the Brown family went through three huge life events during the past year. One was moving from Alaska to Washington. Another one was the Palmer fire forcing his family to evacuate. The other was living through the global health crisis — COVID-19. 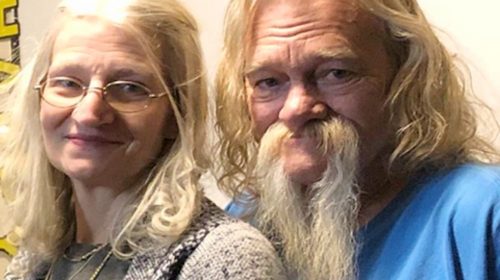 In his Instagram post, Brown used the hashtag #RespectTheDanger, which is also his username. We have a feeling that he wasn’t just using that hashtag casually. It obviously had a meaning to it He also used the hashtags #rtd and #bambam. He captioned the photo, “Throwback to my adventures out of Alaska and before Covid. #respectthedanger #bambam #rtd”

Even though Brown has been absent from Instagram or a while (his last post was in mid-September), he did launch a Cameo page back in May 2020. Or $40, fans could receive a personalized message from him.

Out of all the Alaskan Bush People stars, “Bam Bam” is the most private. As far as we know, he is still in a relationship with ABP field producer Allison Kagan. The two have been together since 2016. However, there were rumors that the Brown family did not approve or respect Joshua’s girlfriend. He doesn’t typically post personal photos or details on social media. There isn’t one single picture of his girlfriend. While fans might be curious, it certainly makes for less drama!

What do you think of everything the Alaskan Bush People stars have been through this year? Do you understand Joshua’s reason for staying off social media and being more private than the other cast members? What are your thoughts on his Instagram post?