ABC Dancing With The Stars judge and fellow co-host of The Talk Carrie Ann Inaba might be one of the busiest personalities on television these days, but that’s exactly the way this former professional dancer likes it. Carrie, who splits her time between judging celebrities on their fancy footwork on the hit reality competition show and then interviewing them on The Talk, says that the show is looking for a new co-host to join their round table discussions. Here’s what she has to say.

The Talk News: Carrie Ann Inaba Says The Talk Is Looking For A New Co-Host

Speaking to Entertainment Tonight in a new interview, Carrie offered her thoughts on the situation that is going on behind the scenes, now that rapper Eve is leaving the show. Carrie says that the Grammy-winning artist will definitely be missed, as she told the site, “That’s heartbreaking because we are so close, all of us. It’s really sad, but at the same [time], it’s a mixed bag of emotions because Eve wants to start a family. She’s glowing. Something is right for her to be where she is.” 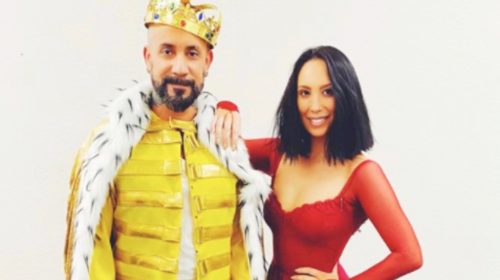 However, Carrie hinted that Eve’s spot at the table won’t be empty for very long as producers are looking for her replacement and fast, too.

Carrie offered, “Yes, we’re looking. We’re going to make sure that while no one — let’s just make sure — no one can replace Eve, we are going to look for somebody that brings a lot to the show and we will do our audience proud, I promise you.”

Dancing With The Stars 2020 Spoilers: Here’s Why #DWTS Needs Housewives Like Teresa Giudicehttps://t.co/U6B2h0Vy3Z

The Talk News: Who Will Be Joining The Ladies For Round Table Discussions?

Now, as far as who is up for the position is anyone’s guess right now but Carrie said that they are looking for someone who is “current, of the moment, educated, and compassionate,” and of course has great chemistry with the other ladies on the show. Unlike other daytime talk shows, The Talk manages to keep things civil, even when the co-hosts don’t always agree with one another.

Watch this space as we will update you with all of the latest details as they come in. The Talk airs on the CBS network. Check your local listings for times.