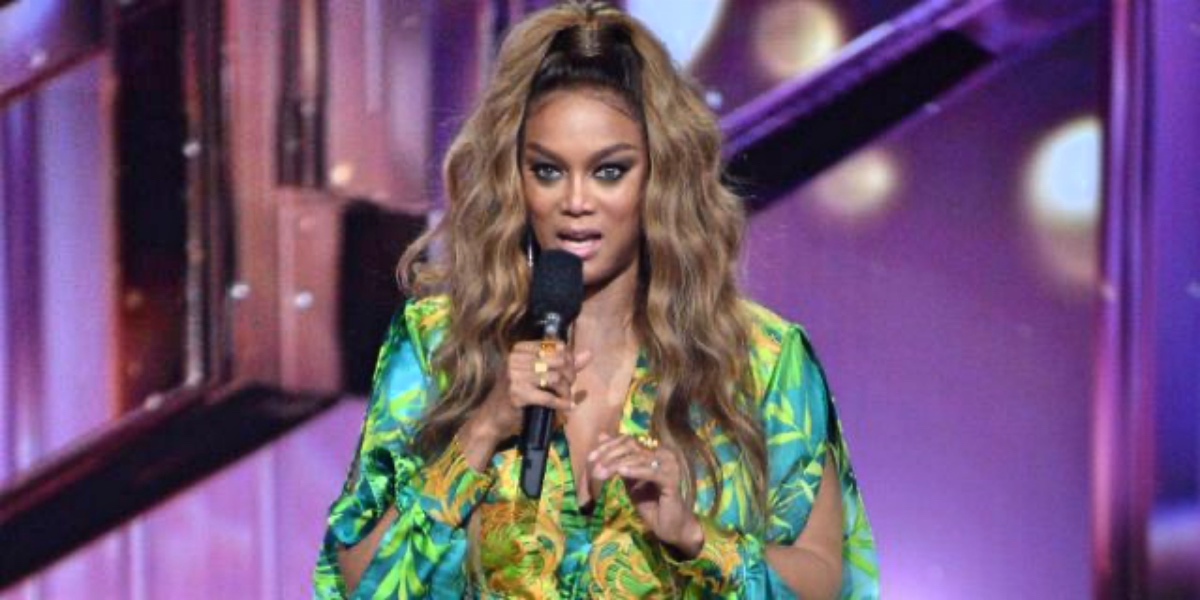 In a past life the statuesque beauty was a stunning runway model and now she is the sole host of Dancing With the Stars Season 29; Not everyone is pleased. Fans are pushing back on Tyra’s love of fashion and the way they feel it has taken over their beloved ABC show.

Each episode of DWTS, Tyra strides out swaying those hips as if she’s still selling Versace. DWTS fans think she ought to tone it down!

In the most recent episode of Dancing With the Stars, hostest with the mostest Tyra Banks sashayed into camera range wearing a sexy and slinky green jumpsuit that was a re-creation of Jennifer Lopez’s legendary 2000 Grammy gown.

No one could dispute she looked like a million bucks but some fans thought the emphasis on her and her outfit took away from the point of the show itself. In other words the Twitterverse was awash in criticism. 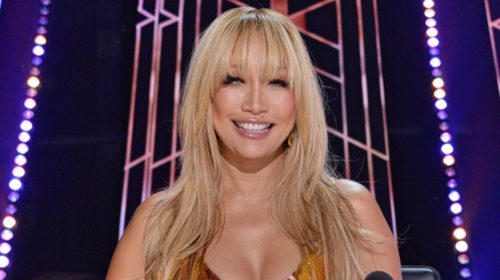 On Twitter fans complained that her oh so dramatic walk-on and having her hair billowing out was a bit much, which seems fair enough.

Then, things got ugly! Some fans critiqued her look with Tyra coming out second best to J.Lo—meow!

After all, that Versace dress is historic and Tyra took a chance imitating it on live television–maybe she set herself up for the criticism?

One fan tweeted that Ms. Banks is trying to take over the dance show saying, “I can’t understand her most of the time. It sounds like crackling, words slurred together or so overdramatised it’s abnormal.”

Many chimed in that someone should tell her that the ballroom is not the runway: “Really @tyrabanks @DancingABC is not some runway competition it is a dancing show. So act like a normal host or get lost lady #disappointed.”

Through it all Tyra seems to be made of Teflon. She told Extra of the criticism she has received: “You know what’s so crazy is I don’t read it.”

She also remarked that ratings have improved since she’s been on the show, which means a change is unlikely!