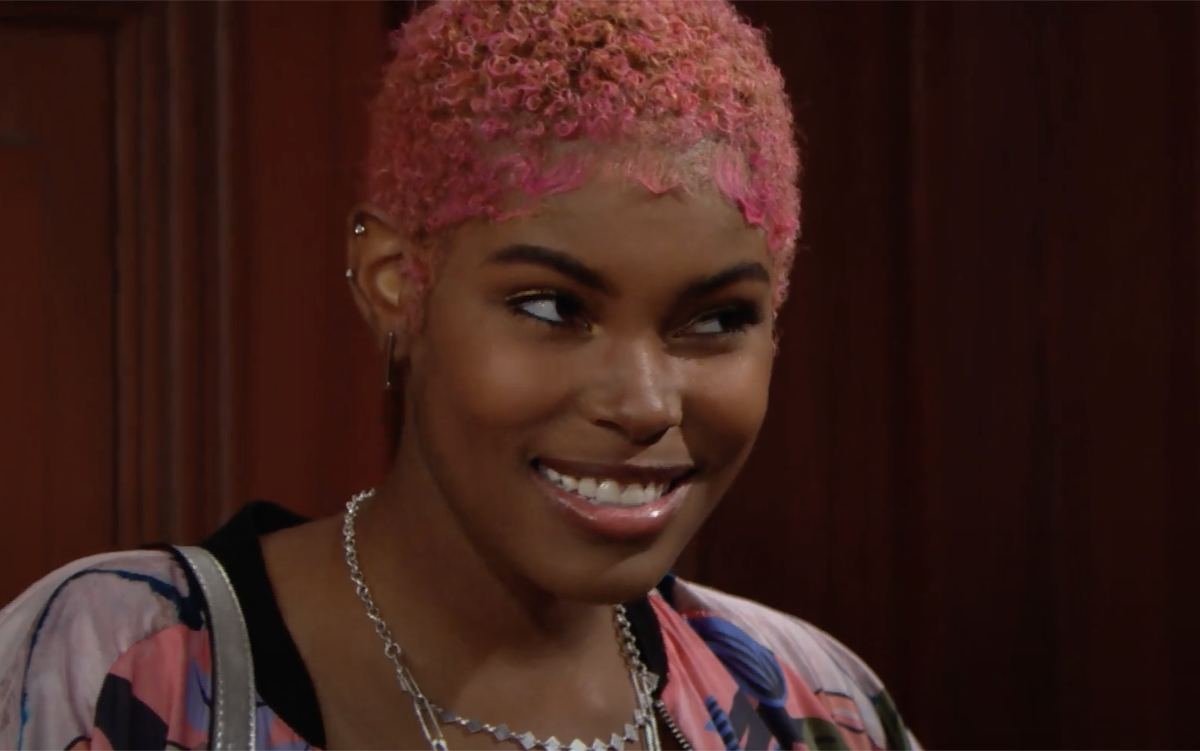 The Bold and the Beautiful spoilers reveal new information about Los Angeles new resident Zoe Buckingham’s (Kiara Barnes) little sister. Paris Buckingham (Diamond White) is a social worker, loves to help people and is extremely fulfilled by her job. With Thomas Forrester (Matthew Atkinson) having undiagnosed schizophrenia, could Paris end up helping him before it’s too late?

B&B spoilers from Soap Opera Digest confirm that Paris isn’t anything like her big sister. They are opposites in pretty much every area of their lives. While Zoe is a high-fashion model and aspiring singer, Paris works as a social worker. She knows nothing about fashion or modeling. Her interest is helping people improve their lives and reach their goals. She truly cares about people and is “super fulfilled” by helping those who need it.

Not only are the sisters completely opposites, but they live in totally different worlds. This is part of the reason why they haven’t really interacted in a long time. In fact, nobody even knew Zoe had a sister and she was never mentioned.

Actress Diamond White did hint Paris might have a secret that comes out later about why she suddenly showed up at Forrester Creations. However, she also stated that while Paris is an “investigator,” she really does love and care for Zoe. 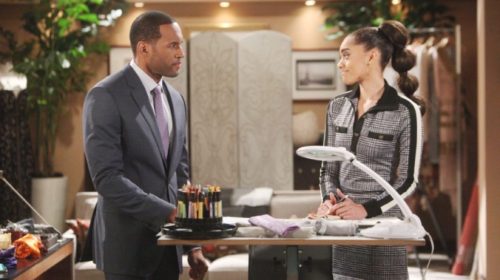 The Bold and the Beautiful spoilers reveal that Thomas Forrester (Matthew Atkinson) has undiagnosed paranoid schizophrenia. It is interesting how his hallucinations and delusions are really shown to viewers around the time that a social worker comes on the scene. Could Paris be the one who detects that Thomas has a mental illness? Could she step in and get him the help that he so desperately needs and possibly save Hope Logan (Annika Noelle)?

The Bold and the Beautiful Spoilers: Connecting to Other Characters

Over time, we will see Paris connect to other characters. However, her main interactions right now are going to be with Zoe, Carter Walton (Lawrence Saint-Victor), and Zende Forrester Dominguez (Delon de Metz). In fact, Paris will immediately be smitten with Zende and he will flirt back with her.

However, Zoe still has a crush on the designer, so she will try to discourage Zende and Paris from hooking up. This is where Paris uses her social worker investigation skills and tries to figure out what Zoe is hiding. Will she be the one to let Carter know that Zoe has eyes for another man?

Dancing With The Stars 2020 Jeannie Mai Hospitalized, Life-Threatening Illness Forces Her To Drop Out