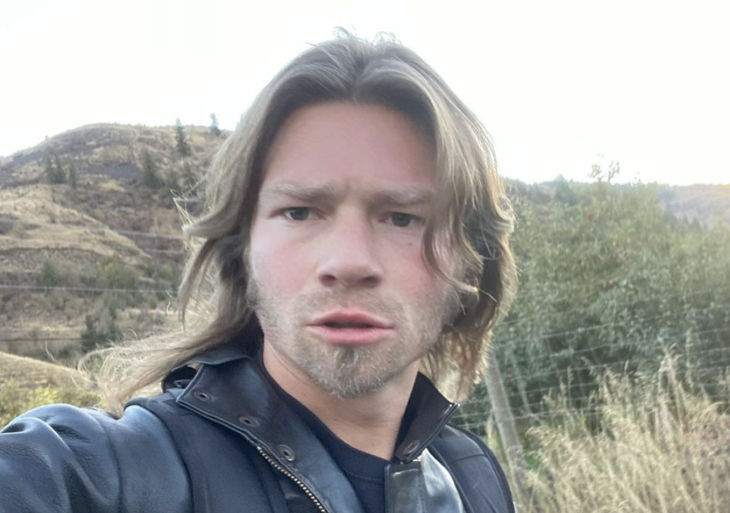 Alaskan Bush People star Bear Brown recently posted a photo on Instagram of him behind the wheel of what appears to be an SUV. He excitedly wrote that he’s driving. Fans congratulated him and assumed he just got his driver’s license. Even though he has driven before (including going on a road trip two years ago), this seems different.

Bear Brown Behind The Wheel

On Instagram, the Alaskan Bush People star was sitting behind the driver’s wheel. Staring straight ahead at the road in front of him, he wrote, “Look who’s behind the wheel!!!”

The majority of the comments on Bear’s Instagram post were positive. Everyone was really excited and congratulated him on getting his driver’s license. While the reality star didn’t deny or confirm getting his license, the excitement in the caption of his post speaks volumes.

Of course, there always has to be that one person who makes a nasty remark. On Bear’s post, one person replied that Bear was a “grown a** man, of course, he should be driving.” Then, that same person added that Bear is a father who needs to be responsible in case baby River Brown is ever in trouble and needs help. 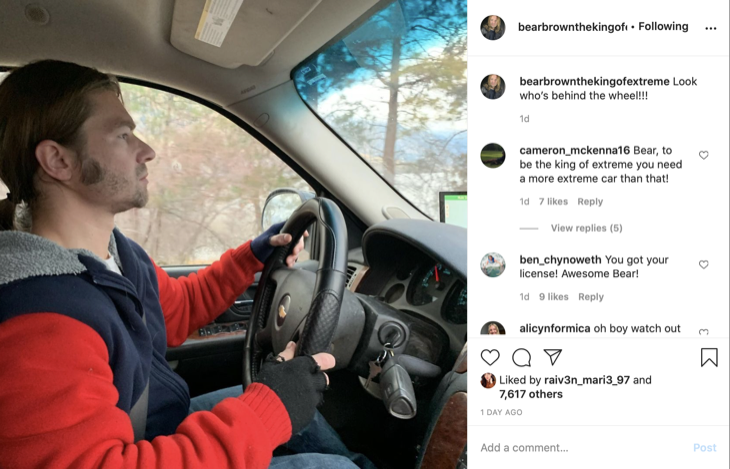 ABP Star Has Driven Before

What is interesting about Bear’s post is that this is actually not his first time behind the wheel of a car. He has driven before, including when he went on a road trip two years ago. However, it is possible that he might not have actually had a license back then. Perhaps it just sounded like he was driving back then, but really wasn’t. Maybe he has always had a license, but his newest post was referencing him getting his own vehicle. We can’t be sure because he didn’t elaborate or hasn’t answered anyone’s questions yet. 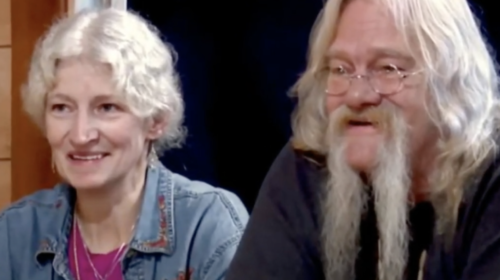 In other recent news, Bear’s girlfriend, Raiven Adams recently shared on TikTok that she hasn’t showered in two days. She also admitted to barely eating or sleeping because of her baby boy. Anyone who has been a parent can understand that. Let’s hope that things get easier for Raiven.

We are sure that Bear getting behind the wheel will definitely make things smoother in the case of an emergency. In any case, we are really excited for him and look forward to more updates from the reality TV personality!