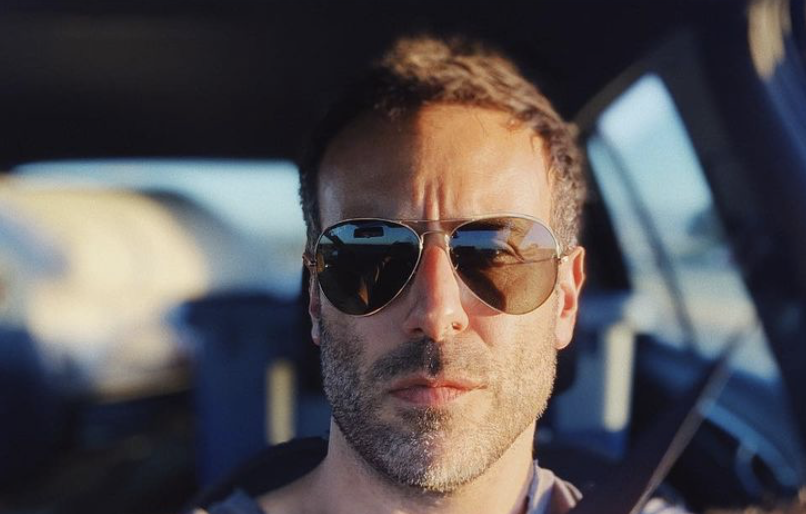 ABC General Hospital spoilers reveal the fantastic news that GH alum Hollywood actor Coby Ryan McLaughlin (Shiloh Archer) has a new star turn to talk about and his fans couldn’t be happier at the prospect of seeing him on tv again.

The former GH star has announced that he is set to appear in the upcoming season of The CW’s Dynasty.

In the fourth season McLaughlin has the role of Dawkins based on a photo he posted on Instagram. The new season is scheduled to debut in 2021.

His pic shows a dressing room door with a sign taped to it that reads ‘Dynasty’ and the word ‘Dawkins’ below it. Below that is a badge declaring that the space has been cleaned and sanitized, per coronavirus regulations no doubt.

He captioned it: “Obligatory #setlife#trailer#selfie on @cw_dynasty Having a blast guys, thanks for having me 🤘😁”

His fans loved the news and one asked, “Did you join the show or is it a guest spot? Either way, congratulations 👏🏻,” and someone else said, “Oh heck yesssssssssssss! This made my day!!!”

Shiloh debuted on GH in 2018 and disappeared into the Port Chuck waterways in 2019. 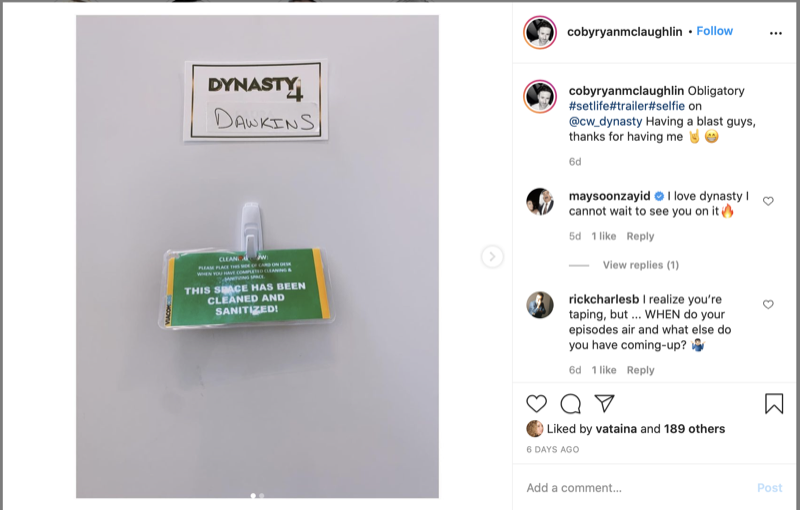 He appeared at the now decimated Floating Rib and thought that Jason Morgan (Steve Burton) was Drew Cain (Billy Miller). He said he was Hank Archer, Drew’s friend from the military.

Drew had no recollection of Hank and Hank was disappointed that Drew didn’t recall their friendship.

Jason and Drew were suspicious of Hank and this was confirmed when loose wire Kristina Corinthos (Lexi Ainsworth) moved into the Dawn of Day cult house where Shiloh was the leader of the pack. 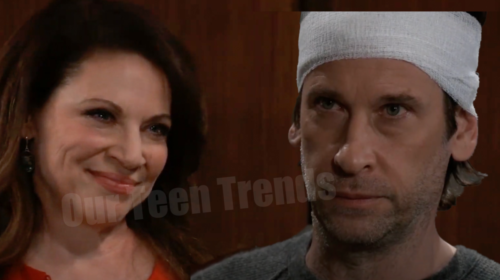 Long story short, Jason and Sam McCall (Kelly Monaco) did their best to infiltrate the cult and extricate Kristina. She didn’t make it easy and Sam had to pretend to be into Shiloh to trick him into giving up his lurid secrets.

Instead, Sam ended up shooting Shiloh and he went overboard into the water, with no body recovered. No doubt Shiloh will have his day again, although when is anyone’s guess. For now, the big news in town is that JaSam have split up and it looks to be a forever thing as Sam is so done with mob life.

The Bold and the Beautiful Spoilers: Zoe and Carter’s Wedding On Track – Until Zende Steps In