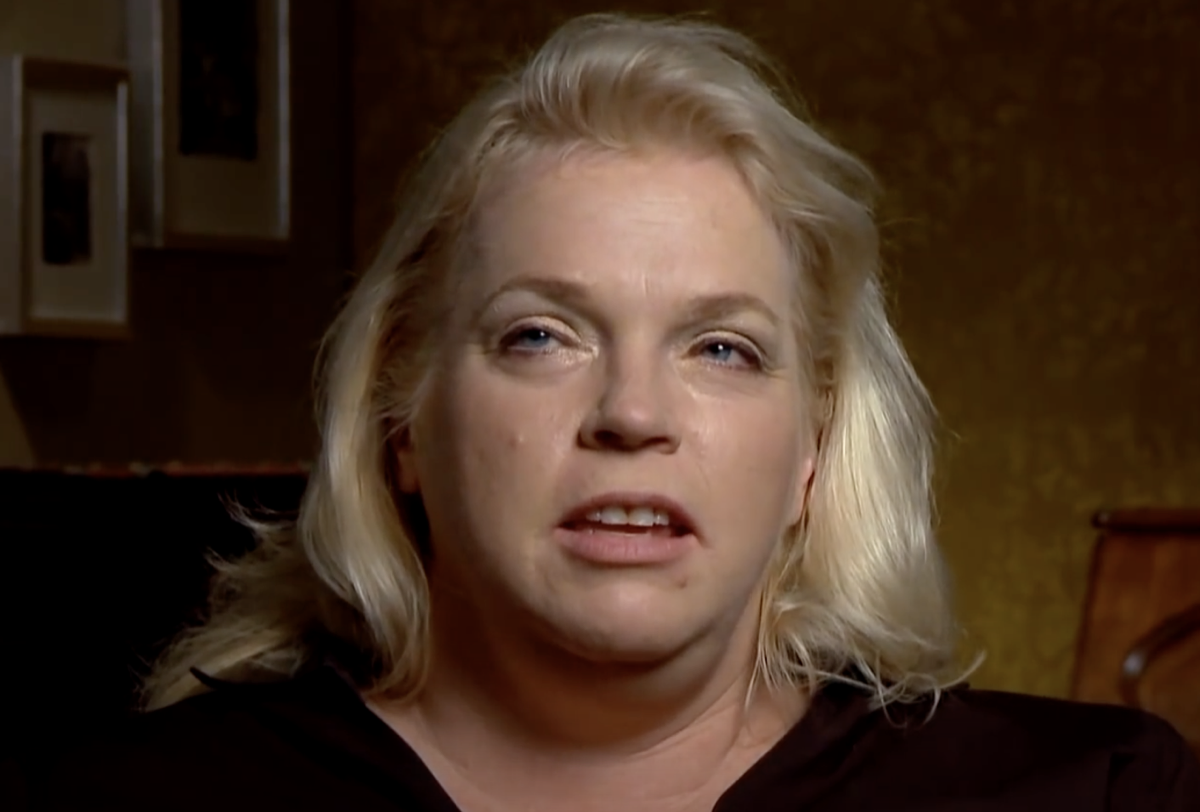 TLC Sister Wives spoilers 2020 reveal that there is sad news to report regarding one of the wives of Kody Brown. Janelle Brown’s mother, Sheryl Brown passed away on December 7, and the death was referenced earlier this week. In an Insta post Janelle indicated that her mom had been ill for a while but did not provide further details.

Sister Wives cast member Janelle spoke out on Instagram to share the sad news with fans and followers. Janelle stated that she and her sister were with their mother when she passed away. She said that her faith gave her strength to endure her loss.

“My sweet mother returned to her heavenly home a week ago today. I’m not sure you ever completely expect it, even though they have been sick for a while. I am so grateful to my Heavenly Father for the many small miracles that happened that allowed my sister and I to be with her at the end. We believe in the eternal nature of families and so ‘see you’ again mom.”

Fans were able to glimpse Sheryl in past episodes of the hit TLC show based on the Brown family. The Brown family belongs to a sect of the Fundamentalist Church of Jesus Christ of Latter-Day Saints known as the Apostolic United Brethren. 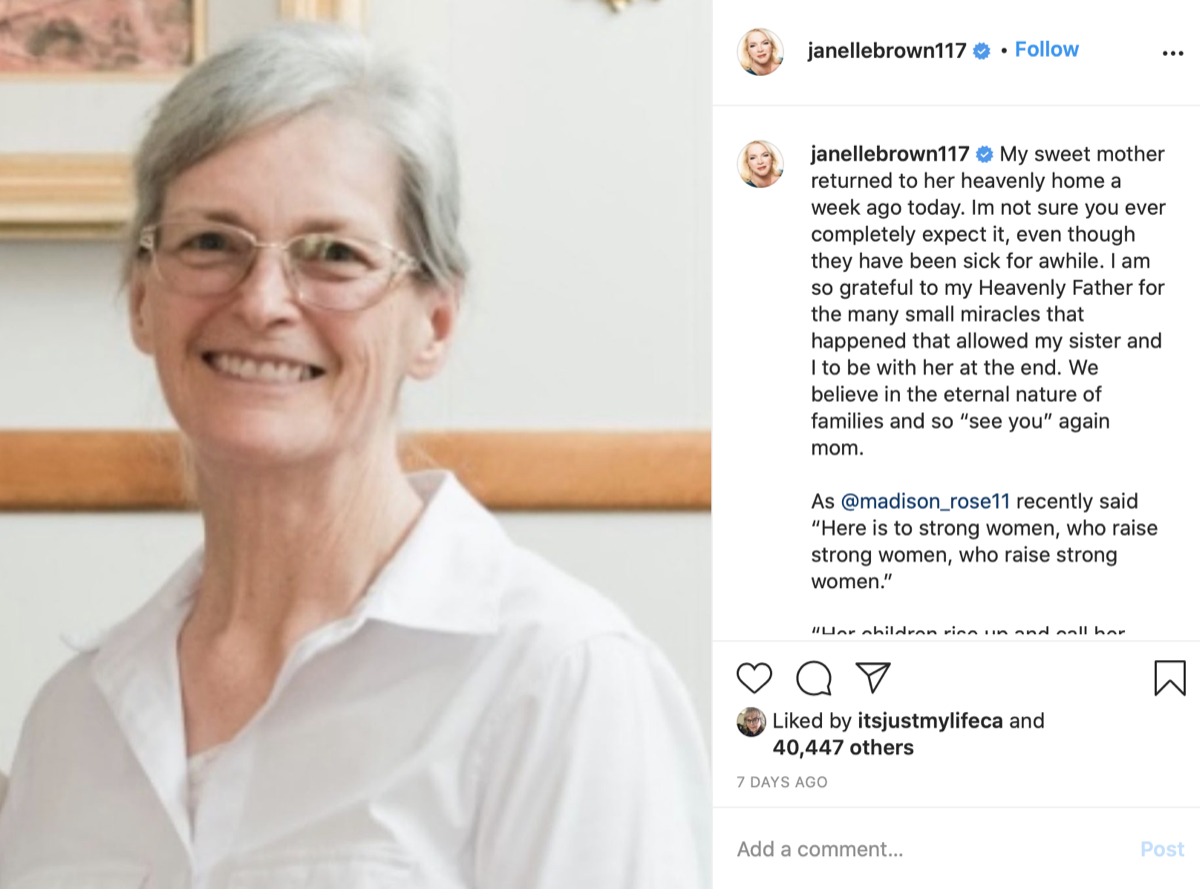 Sheryl was a part of Kody’s family because she married Kody’s late father Winn Brown and their marriage predated Kody and Janelle’s marriage.

The Sister Wives family has lost one of its members

For her part Sister Wives Maddie Brown-Brush posted a beautiful picture of her and her grandma Sheryl. The event was her wedding to Caleb Brush and both women look truly radiant. She captioned her pic with the words, “I’m grateful for the years I got with my Grandma and the relationship we shared. She was truly a strong woman and an example of love and goodness. There was also a sort of calm and comfort when she was around. Her presence will be felt and missed.”

We send our sincere condolences to the Brown family as they mourn the loss of one of their beloved family members.