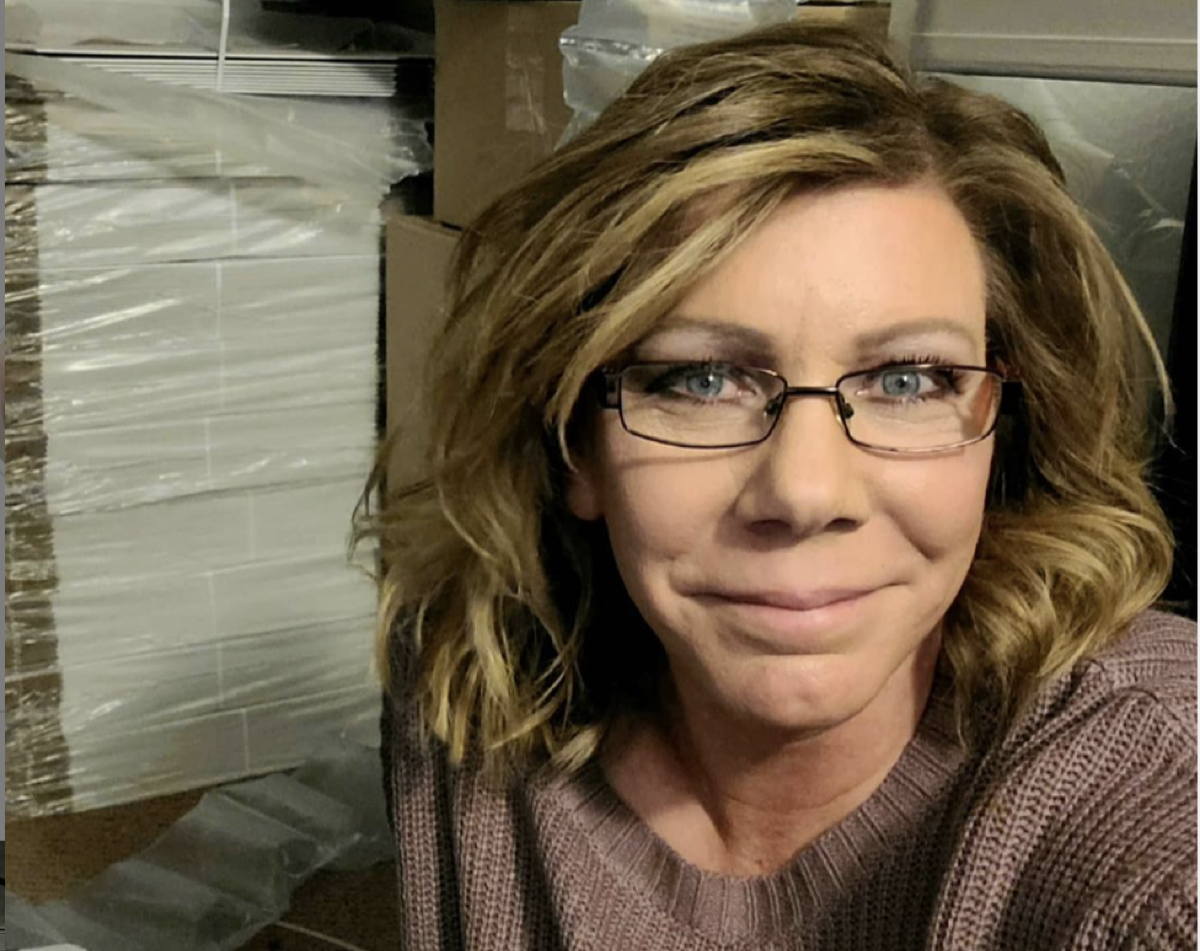 Sister Wives star Meri Brown recently announced confirmation of her relationship status and it’s probably not what you think. For the past year, she hasn’t been wearing her wedding ring, spends most of her time in another state, only mentioned her dad on Father’s Day and ignored her wedding anniversary. However, she is allegedly still with Kody Brown.

The couple’s relationship has been strained and rocky for quite some time. Fans may recall when during one episode of Sister Wives, they went to see a counselor. Meri wanted to fix her marriage, but Kody made it clear he was done. In fact, viewers were mortified when Kody spewed his verbal vomit on national TV. He told Meri that he regretted tying the knot with her, was deceived into the relationship and indicated it was over.

After that, Meri started spending most of her time at Lizzie’s Heritage Inn in Utah. Kody and the rest of the family stayed in Flagstaff, Arizona. Neither reality star would say anything about what was going on with their relationship. Meri stopped wearing her wedding ring. She posted tons of cryptic quotes indicating she was moving on. Kody didn’t bother to congratulate her on a huge milestone for her B&B (he should have been the first person to say something). Father’s Day came and went with Meri only giving a shout out to her own dad. Then, their wedding anniversary arrived and fans heard nothing but crickets. 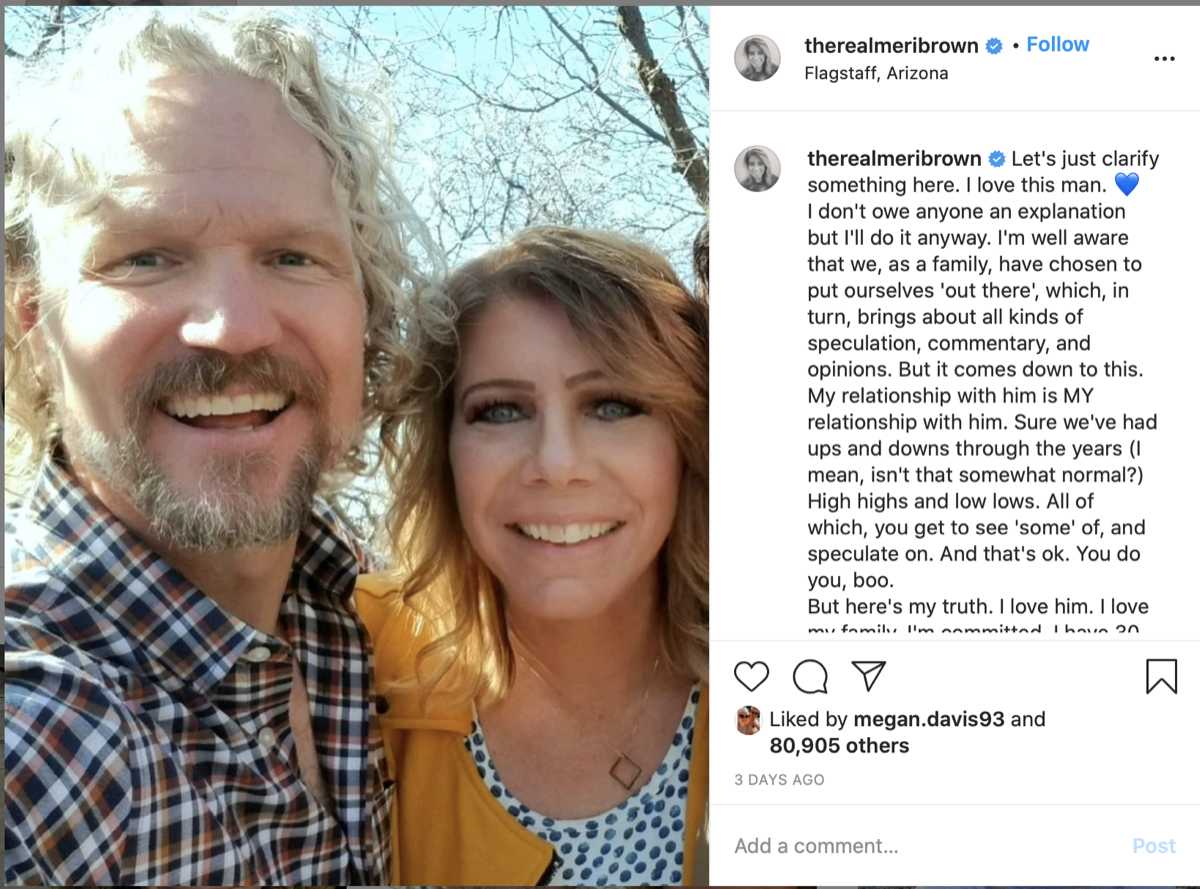 Apparently, all those aren’t signs of parting ways. It’s how people show their eternal love for one another! On Instagram, a photo of Sister Wives cast member Kody and Meri together was shared. It would be the first time she has done that since November 2019. It’s also been quite a long time since she’s even uttered his name online. She wrote,

“Let’s just clarify something here. I love this man… Sure we’ve had ups and downs through the years… But here’s my truth. I love him. I love my family. I’m committed. I have 30 years in this. We struggle. We communicate. We repair relationships as the parties involved are willing and able.” 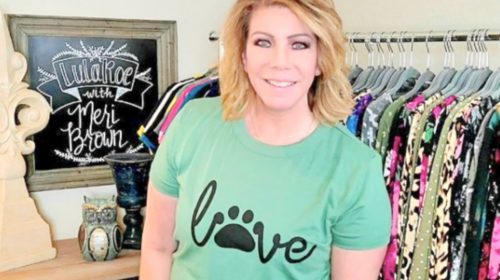 Why Is TLC Reality Star So Shocked?

We’re not sure why she’s surprised. She’s the one who dropped all those “I’m done” hints. Neither person said anything for a year and were living states apart. Then, the wedding anniversary is ignored, yet fans are supposed to assume everything is just dandy. Especially after that scathing slam on television by Kody. What we are reading in this situation is that Meri will always love the father of her child. However, we’re not so sure if Kody feels the same way about her.

Be sure to catch up on everything happening with Meri Brown right now. Come back here often for Sister Wives spoilers, news and updates.