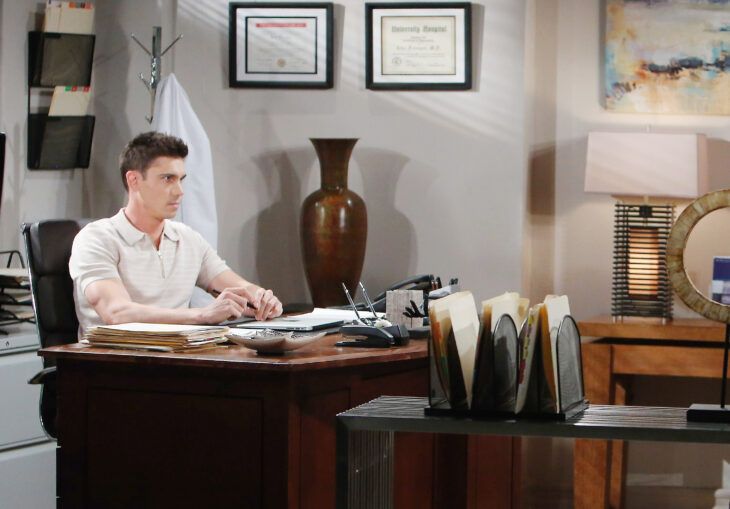 CBS The Bold and the Beautiful spoilers tease that the deed has been done between Steffy Forrester (Jacqueline MacInnes Wood) and Liam Spencer (Scott Clifton). Steam just can’t stop from getting together, maybe it has to do with that giant mural of themselves staring down at them like some kind of subconscious signal?

Poor Dr. Finn (Tanner Novlan). He thinks that Steffy loves him when all these times she’s had the hots for her ex. Here are three ways that Dr. Finn could discover the gobsmacking news that the woman who “loves” him slept with her ex.

Douglas Forrester (Henry Joseph Samiri) is the master teller of truths. He is the one who spilled the truth about Baby Beth and he could keep his run of truth-telling up by once again revealing what he overhears from the adults in his life. He has learned to keep his ears open and that’s probably wise given the antics that his loved ones get up to on a regular basis.

Now that Thomas Forrester (Matthew Atkinson) is recovering, Steffy might find him a captive audience and spill her guts to him, only for little Douglas to overhear and repeat that information at the most inopportune time. 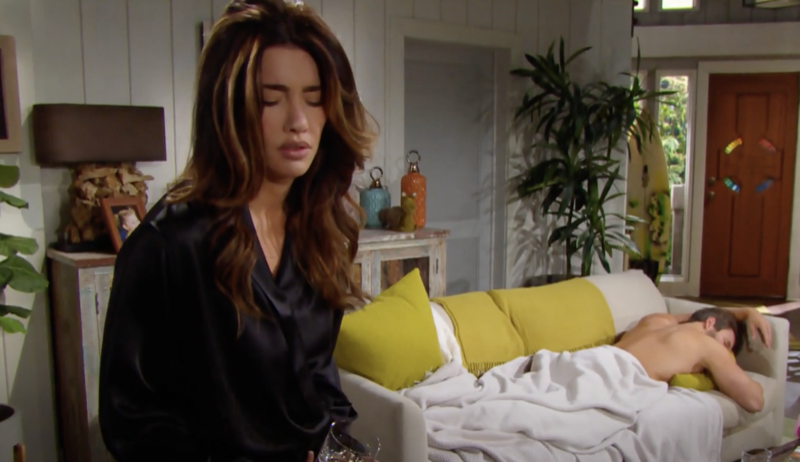 #2 Finn Overhears The Gruesome News On The Baby Monitor

There is every chance that Finn overhears Liam and Steffy talking about their illicit passion via the baby monitor at Steffy’s house. Steam aren’t exactly cautious as their one-nighter fully indicates. Finn has a habit of dropping by all the time unannounced and if he happens to stop by when Steam are tending to the baby, he could overhear them debating the value of coming clean or keeping their secret.

Here’s the shocker: if Finn overhears he could choose to pretend he didn’t!

#3 Steffy Yells Liam’s Name During While Making Out

Steffy and Finn have professed their love for one another so it makes sense that they will express their physical passion at the next opportunity. What if in a moment of excitement Steffy calls out Liam’s name instead of Finn’s? This happens all the time on soaps!

She would have some explaining to do and just might decide to come clean rather than let the truth weigh on her conscience. It’s hard to imagine Finn forgiving her given the circumstances. What do you think B&B fans, what is the most likely way that Finn finds out about Steam’s one-nighter?

Dancing With The Stars Spoilers: 5 Things We Know About Chrishell Stause’s New Relationship With Keo Motsepe