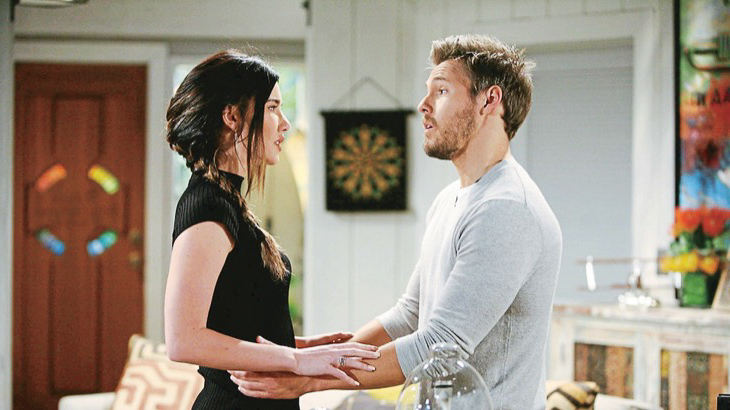 The Bold and the Beautiful spoilers reveal that in Los Angeles Steffy Forrester (Jacqueline MacInnes Wood) will change her mind. John Finnegan (Tanner Novlan) keeps showering her with praise, which intensifies her guilt. Expect Steffy and Liam Spencer (Scott Clifton) to finally reach an agreement. They brace for impact and schedule a dual confession. This could get messy!

The Bold and The Beautiful Updates – Steffy Forrester Feeling Guilty

B&B spoilers reveal that Steffy decided that Finn and Hope Logan (Annika Noelle) don’t need to find out the truth. She tried to justify keeping the cheating secret by telling herself that the truth would cause more pain. However, she is starting to have some real issues with not giving away that something is wrong. In fact, the more that Finn praises her, the more guilty Steffy feels. Next week, she will reach a point where it’s clear she can’t keep living a lie.

While Finn’s love is bringing out Steffy’s guilt, Liam will be having struggles of his own. He made plans to tell Hope the truth, but his ex convinced him that was a bad idea. Before, Liam was confident that he was with his soulmate. But now all he hears is Hope talking about him like he’s the perfect man. Not only is she wrong about how “wonderful” Liam is, but the man is starting to hate himself. 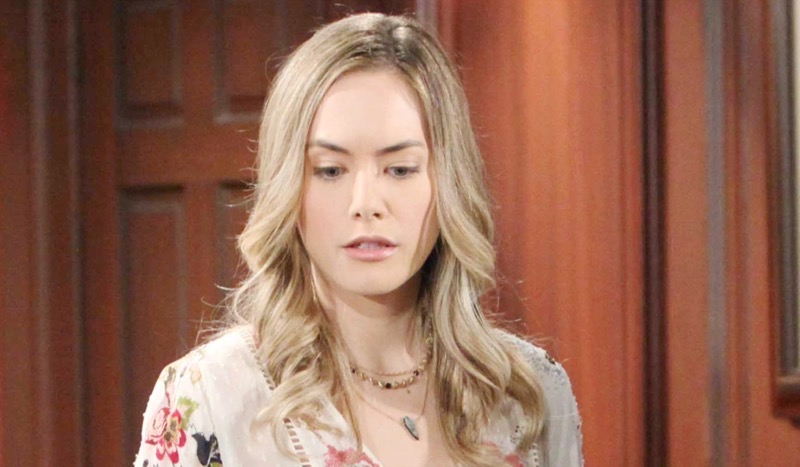 He also wonders why he didn’t confront Thomas Forrester (Matthew Atkinson) when he was kissing fake Hope. He starts to question his feelings for Hope. Liam wonders if his love isn’t even real if it was so easy to find a reason to be with Steffy again. It is teased that Liam will begin to unravel. Then, he completely falls apart when nobody warns him about Thomas’ new living arrangement.

The Bold and The Beautiful Spoilers – Hope Logan Demanding Answers

The Bold and the Beautiful spoilers reveal that next week, Liam and Steffy will have a few close calls. They keep insisting on talking about their night of passion. With how much they bicker about the secret, it’s surprising nobody has overheard them. Well, that is about to change.

Expect Hope to walk in during Liam and Steffy’s heated discussion. She doesn’t hear the most scandalous part of the conversation, but does hear enough to know they are keeping a secret. Hope questions the two about what they were talking about, but they try to cover up the truth. She knows they’re lying and hiding something big from her, but she can’t figure out what it could be. 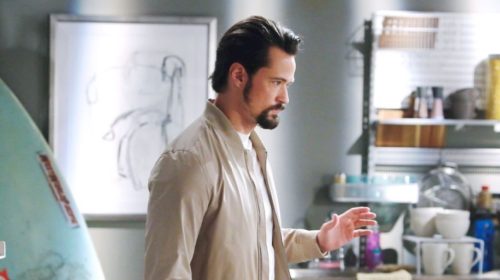 In the new issue of Soap Opera Digest, it is written that Liam and Steffy prepare to come clean. So, it seems that both characters have their own reasons for wanting to tell the truth. They will likely plan a dual confession and try to brace for impact. They hope for the best, but will probably get the worst case scenario. We will have to keep watching to find out how Finn and Hope handle Liam and Steffy’s betrayal.