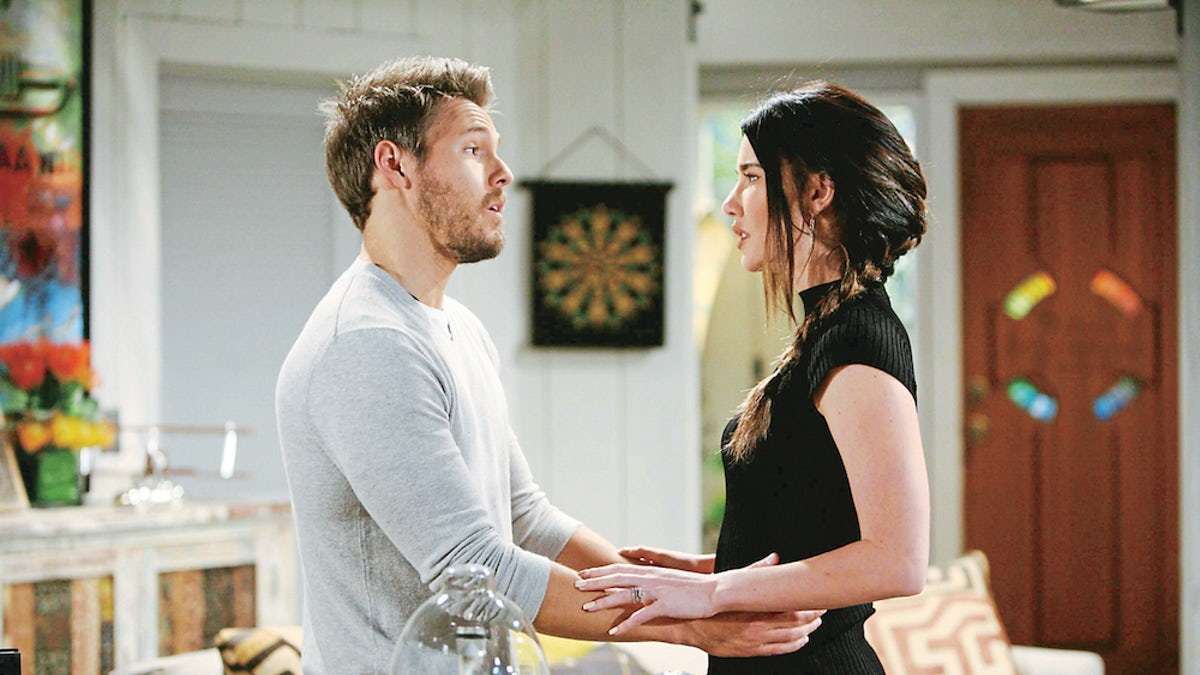 The Bold and the Beautiful spoilers for 2021 reveal that Liam Spencer (Scott Clifton) and Steffy Forrester (Jacqueline MacInnes Wood) agree to confess. However, something happens that makes them abandon the plan. Executive producer and head writer Bradley Bell teased that the core story arc for the “Steam” secret is so profound that it carries through the year.

B&B spoilers reveal that Liam has been wanting to tell Hope Logan (Annika Noelle) the truth about sleeping with Steffy. However, his ex convinced him that it would be a bad idea, he would lose Hope forever and there are so many other people who will be negatively affected by the bombshell. Meanwhile, Steffy has tried to put the night of passion out of her mind. However, John Finnegan (Tanner Novlan) keeps lathering on the praise and love. While normally she would adore that, right now it’s only intensifying Steffy’s guilt. Next week, they decide that it’s time to just be honest and tell their partners the truth.

The Bold and The Beautiful Spoilers: ‘Steam’ Aborts Mission

In the new issue of Soap Opera Digest, the scribe talked about the storyline. While it is teased Liam and Steffy prepare to confess, something happens that stops them. Bell said that the big question going into 2021 is when will Hope find out about Liam and Steffy’s secret. He indicated that the truth actually won’t come out until later next year. This makes sense when you look at Belle’s writing patterns and remember the advice shared by his father, which was a good storyline that lasts at least eight months. That is why the “PhoeBeth” secret wasn’t exposed for so long, as well as other core storylines. 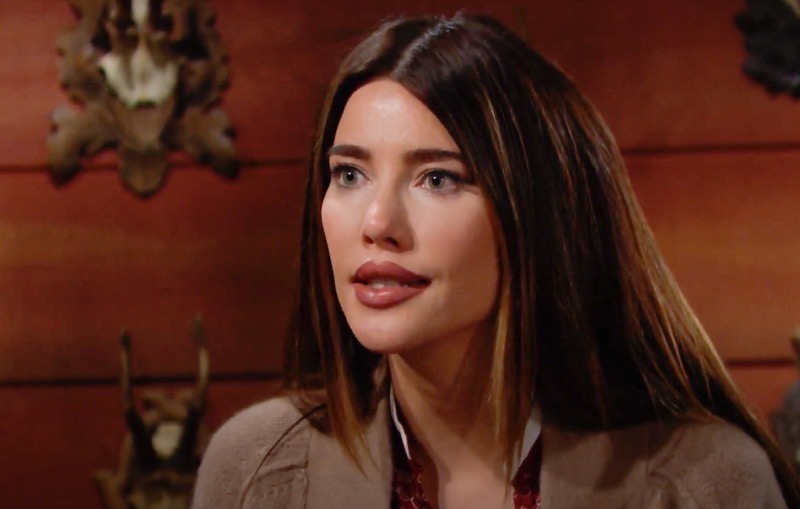 The Bold and the Beautiful spoilers reveal that Liam and Steffy’s secret won’t just affect them. It also goes beyond Finn and Hope. The head writer explained to Soap Opera Digest,

“The core story arc is so profound that it carries through the year, affecting the Forresters, Logans, and Spencers epically. When The moment arrives that Hope does learn the truth, expect what you might expect, but also expect the unexpected.”

The Bold And The Beautiful Spoilers: Murdering ‘Sinn’

Bell also told the magazine that Finn is an understanding and forgiving man, but he’s not a pushover. So, when the truth comes out, viewers will be very surprised by how he reacts. We are taking that as Finn won’t forgive Steffy’s betrayal.

For two whole years, we all wanted Steffy to forget about Liam and move on with someone new. That it wasn’t fair that Liam bounced between Steffy and Hope like they were ping pong balls. Meanwhile, Steffy was just alone in her house staring at the oversized “Steam” portrait (which needs to come down and be burned!) We finally get a new man for Steffy and Finn seems perfect, but it sounds like Bell is planning on murdering “Sinn.” This won’t go over very well with fans at all.