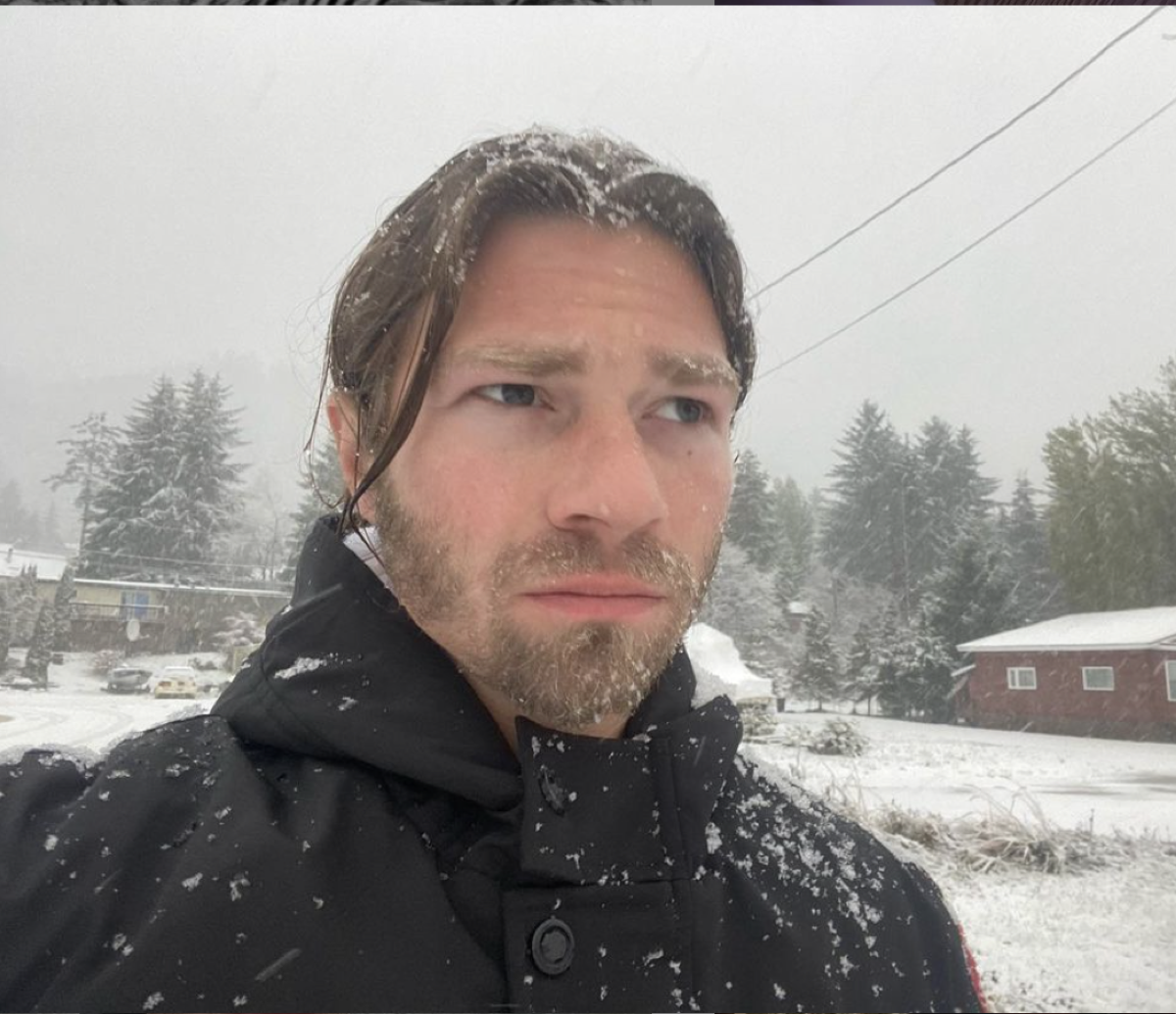 Alaskan Bush People spoilers and updates reveal Bear Brown faced some serious allegations nearly one year ago. Raiven Adams claims the reality star threatened her with a weapon, as well as making other accusations. The two are back together and nearly one year later, Bear is showing off the gun in an Instagram post.

The Alaskan Bush People star posted a new photo on Instagram this week. It features Bear standing outside wearing a buttoned up coat with the gun proudly displaying on his chest, tucked underneath a strap. It is completely dark outside and is mostly in the early morning hours.

There isn’t any telling if Bear Brown realizes that it’s approaching the one-year anniversary of Raiven’s allegations of threatening her with a gun. So, it’s hard to determine if he posted the gun near the anniversary for a reason or if he wasn’t aware that it’s been nearly a year since his life exploded because of Raive’s accusations. As fans recall, not only did she accuse Bear of threatening her with a gun, but said the Alaskan Bush People star was using cocaine, behaving erratically and made claims of domestic violence.

She ended up filing for a restraining order, but dropped it three days before River Brown was born. At the time, a judge had finally made a decision regarding custody and child support, although the verdict was not made publicly available. 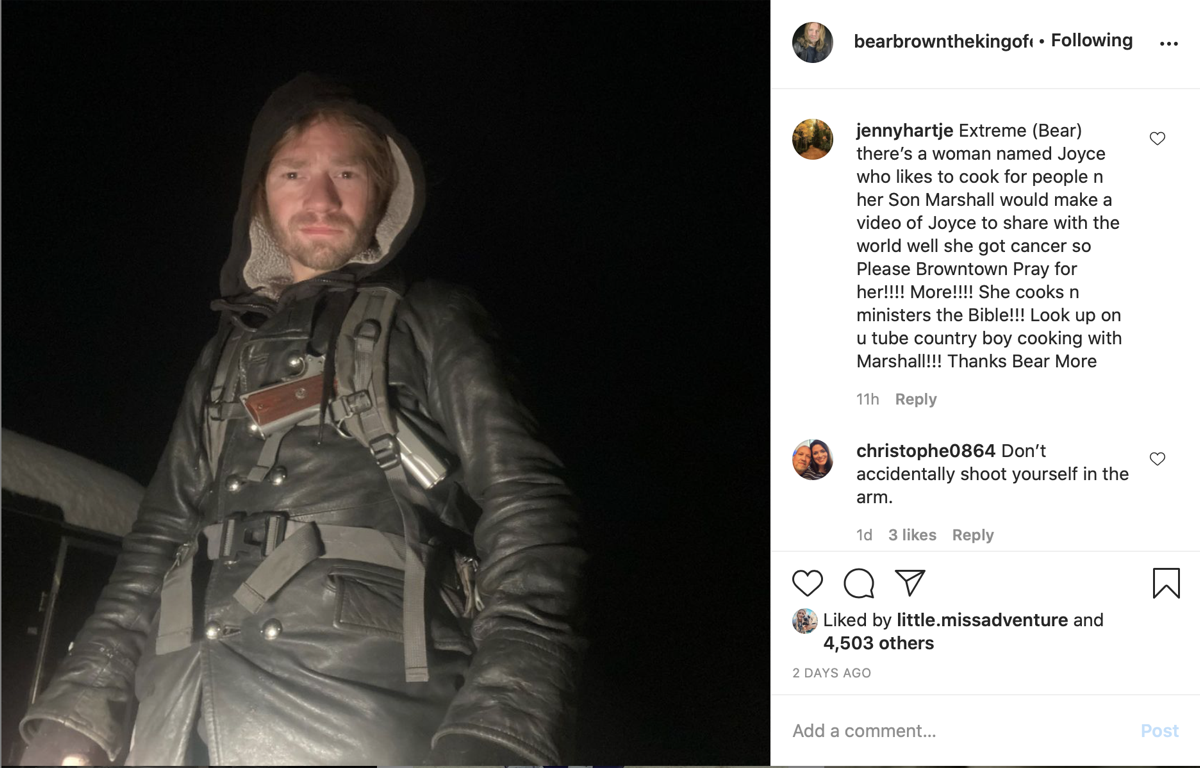 When River was six months old, he traveled with Raiven from Texas, where they had recently relocated. They made the trip all the way to Washington so River and Bear could finally meet. Even though she was slammed by critics for keeping the father and son apart, both parents said it wasn’t safe before then to travel because of COVID-19. However, Bear and Raiven both insisted that there was a lot of video chatting before meeting in-person.

Less than a week after Bear met his son for the first time, he excitedly announced that he was back together with Raiven. 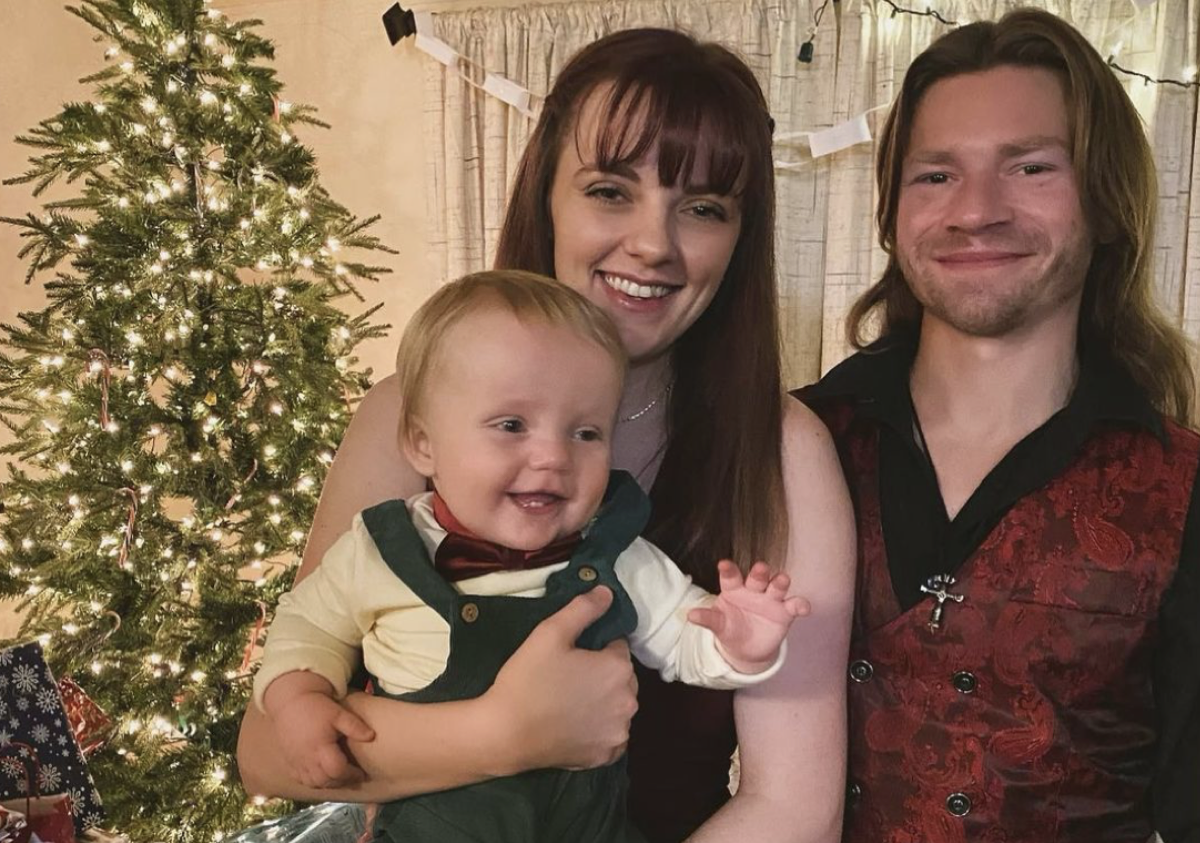 So far, it seems that Bear and Raiven Adams are doing well. The 23-year-old previously stated on Instagram that she and Bear have talked through their issues. She added that they both made mistakes, but wouldn’t elaborate or explain. It appears that they both learned a valuable lesson about having their private lives so public. These days, they show the public very little about their relationship. The most important thing is that River is healthy, safe and being taken care of. From what we can see, River seems like a very happy baby.

What do you think of Bear Brown and Raiven Adams getting back together? Do you think the reality star realized it had been nearly one year since his girlfriend’s accusations?

Be sure to catch up on everything happening with Bear Brown right now. Come back here often for Alaskan Bush People spoilers, news and updates.

Sister Wives Spoilers: Meri Brown Has A New Friend Who Is A Good Listener