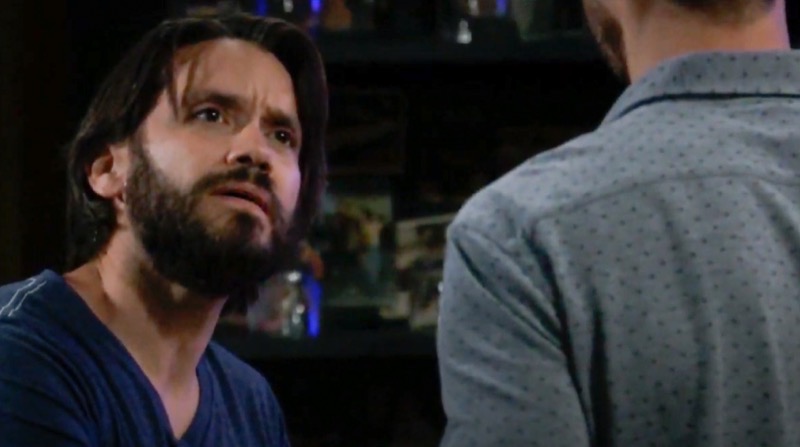 General Hospital viewers will recall that the elimination of Peter August, as well as Anna Devane (Finola Hughes) is the mission that Dante has been programmed to complete at the click of a pen! However, Dante has had a change of handlers now that Dr. Warren Kirk (Christopher Cousins, Jameson Jones) is dead and Dr. Liesl Obrecht (Kathleen Gati) has taken over. It was Liesl’s idea all along, and she used Kirk, who had a romantic obsession with her and strung him along to achieve her purposes, one of which was getting sprung from prison overseas.

She was able to gain employment as the director of the WSB brainwashing treatment facility in Geneva, Switzerland as well, undoubtedly because of Kirk’s efforts. She is the one who ordered Dante released in spite of Kirk not being certain that he was quite ready. She is also the one who will set in motion a terrible tragedy at Peter and Anna’s double wedding with Maxie and Dr. Hamilton Finn (Michael Easton) if Dante is not stopped beforehand. Valentin Cassadine (James Patrick Stuart) had picked up on something strange with Dante recently and had warned Anna of it, but Anna didn’t have need to use a pen and Dante wasn’t triggered.

With Valentin, he was triggered because the two men had been working on a play date schedule for Rocco Falconeri (O’Neill Monahan) and Charlotte Cassadine (Scarlett Fernandez) and he happened to have clicked a pen he was using to write in a planner and noticed Dante reacted to it in a strange way. This led to concerns that Dante wasn’t totally free from his previous brainwashing. 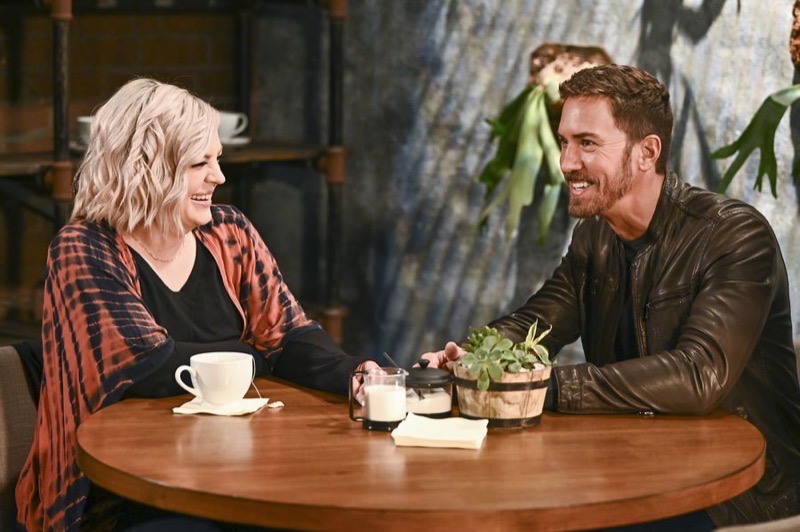 General Hospital viewers will also remember that Peter was at least partially responsible for the death of Nathan West, (Ryan Paevey) Maxie’s husband and Dante’s partner. Peter had set up a scenario where his and Nathan’s father, Cesar Faison (Anders Hove) burst into Peter’s office and Nathan was shot to death by Faison while attempting to rescue Maxie, who Faison had grabbed as a hostage. Faison then attempted to drag Maxie away but Peter showed up with a gun. Maxie was safe, but Nathan was dead and Faison was in the wind!

Jason Morgan (Steve Burton) then showed up and shot Faison, which is what Peter had planned, but he didn’t die right away. Peter then snuck into his father’s room at General Hospital and threatened him to the point he literally scared him to death – or close to it. As Faison started to die from a heart attack, Peter grabbed the call button away from him and then pulled the plug! But Dante knows that Peter played a great part in Nathan’s death and he doesn’t like him – like Robert Scorpio, (Tristan Rogers) he feels that simply being a Faison is a strike against him – even though Nathan also was a Faison by blood. 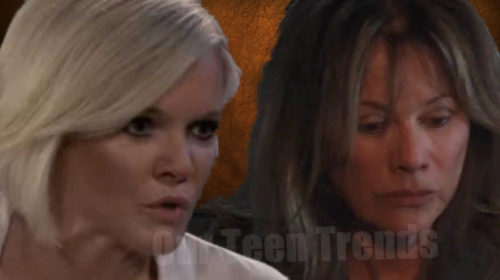 It was not discovered until close to his untimely death. Chances are, Peter and Dante will get into an argument over Maxie’s safety with Peter. Dante has tried to talk Maxie out of marrying Peter before. The argument will likely turn ugly, with Dante reminding Peter he was responsible for the death of his own brother, and he may bring up some other things that will make Peter livid. Maxie will intervene in what could be a deadly situation, all it would take was hearing the click of a pen for Dante to go into kill mode!