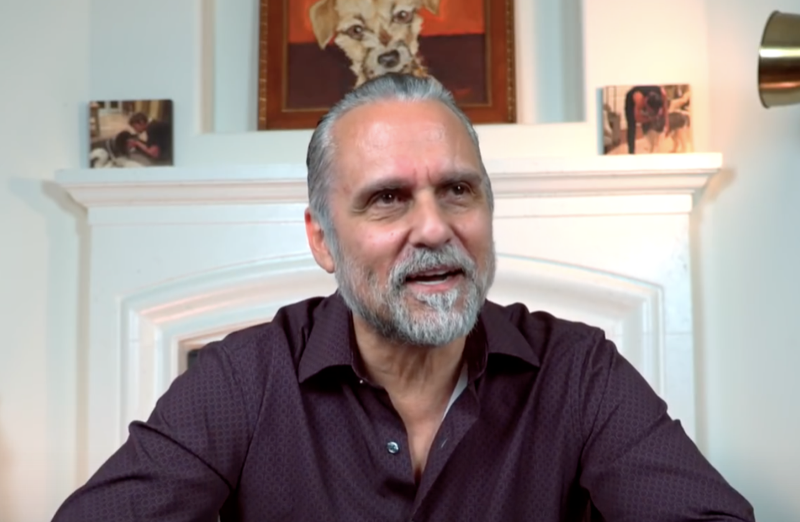 General Hospital spoilers reveal that fans will want to be sure to check Maurice Benard’s State of Mind podcast as he has a very special guest coming up, his onscreen son Dominic Zamprogna (Dante Falconeri).

He gives a teaser video of the two of them talking and tweets: “You truly won’t want to miss this interview. @dom_zamprogna. Bares his soul, and I’m a proud Dad.”

The clip gives a glimpse into the delightful relationship the two men have off screen. They banter about Dominic’s name and he says he had no idea Maurice even know how to say it!

One fan tweeted, “It’s like lasagna. The gn is the nya sound Good job Maurice and hide on I’m so glad you’re back honey,” another fan tweeted, “We need you back at port Charles with your memory back i hate this story for you. Bc u deserve better. Your too much of a power house to push u to a dish washer.”

Remember the adage: ‘there is no such thing as a small role, only a small actor.’

General Hospital spoilers: Dante Falconeri is back in Port Charles

Another fan commented, “I’m watching it sheerly for the beards! Nothing better than these two men in the same room.”

You truly won’t want to miss this interview. @dom_zamprogna Bares his soul, and I’m a proud Dad. https://t.co/70mAnLY3uD pic.twitter.com/KUUAC1Ihh0

It may be a while before Sonny and Dante are in the same room on the ABC sudser however. Maurice has that pesky amnesia to deal with and Dante’s brain is on a wash, rinse, repeat cycle at the moment.

Neither character is living their best life and while the circus continues they are each bringing it with nuanced acting and surprising choices.

Sonny is staying with a friendly couple who have opened their lives to him after he ran a would-be robber out of their bar. TPTB seem to be chem testing Dante and Sam McCall (Kelly Monaco) and fans are divided on the subject. Some JaSam fans think such a pairing is heretical and some Lante fans believe that Lulu Spencer (Emme Rylan) could waltz into town, dressed like a million bucks, at any time rendering a Sante hookup unnecessary.

No one knows the actual trajectory for these characters so the best thing to do is sit back and watch the wonderful acting and surprise storylines unfold as February Sweeps is just around the corner.