General Hospital Spoilers: Phyllis Suspects Sonny May Be Bipolar, Will He Seek Help? 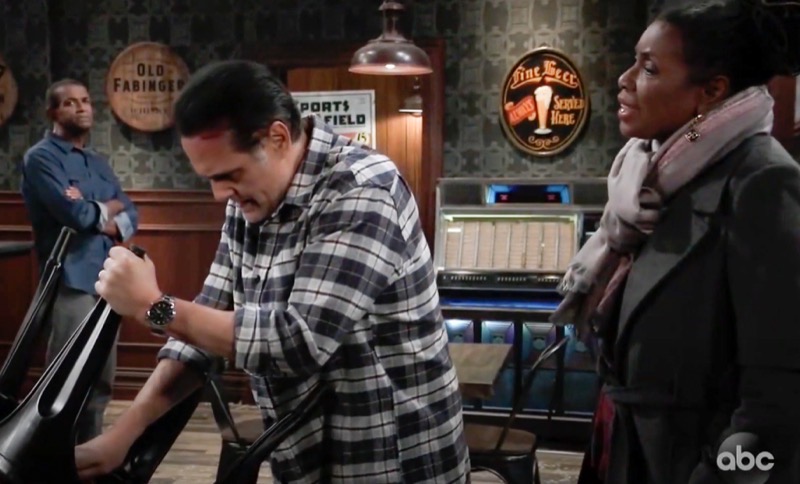 General Hospital spoilers and updates reveal  Phyllis Caulfield (Juliette Jeffers) has noticed that Sonny Corinthos (Maurice Benard) seems to be bipolar. Phyllis asks Sonny to go to the clinic with her to see a doctor and he refuses. Afterward, Sonny overhears Phyllis and Lenny Caulfield (Rif Hutton) talking and disappears. Will Sonny seek help or try to make it on his own?

General Hospital’s Sonny knows that he’s married, he has the wedding ring to prove it. Sonny may have decided that he didn’t like people talking about him behind his back and left. He also might have decided to try to find his wife. After all, Phyllis and Lenny aren’t happy with him and he’s working himself to death to straighten up their bar. Lenny has tried to get rid of him several times already. As a matter of fact, Lenny never wanted him there in the first place. Could the conversation about bipolar disorder have sparked a memory in Sonny?

General Hospital’s Sonny has no idea what his name is. However, Peter August (Wes Ramsey) is about to post an article that could get some media attention. Could a name from Sonny’s past bring him back to reality? After all, Sonny has worked with Jason Morgan (Steve Burton) for years. Sonny has been married to Carly Corinthos (Laura Wright) at least five times. Surely the mention of one of these names, or even his own could shock him back to reality. Will Sonny regain his memory on his adventure?

General Hospital’s Sonny has an arrest record. Sonny’s fingerprints are in both the federal and state police systems. Sonny is also in a maniac state that could cause him big problems. If Sonny were to get arrested, his fingerprints could reveal his identity. If Sonny meets up with the burglar from the bar again, he could easily get into a fight with the man. Normally someone’s fingerprints aren’t checked unless they are arrested even if they don’t have their memory. However, the arrest of a one-named man who remembers nothing would qualify. 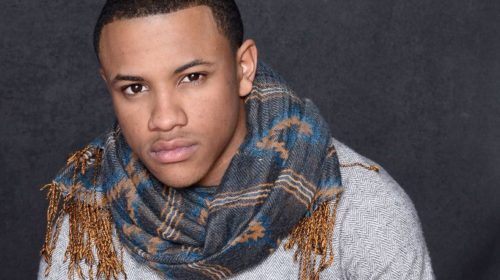 General Hospital’s Sonny will eventually make it home. However, it might be a while still. Perhaps Sonny will read his obituary and possibly see a picture of himself. Sonny will remember at some point, who and what he is. Will Sonny walk away from the mob now that he’s presumed dead? Will Sonny return home to his loved one and resume his life including getting back on his medication?

The Bold and the Beautiful Spoilers: Annika Noelle (Hope Logan) Knows That She’s A Living Doll